Rubble with a Cause 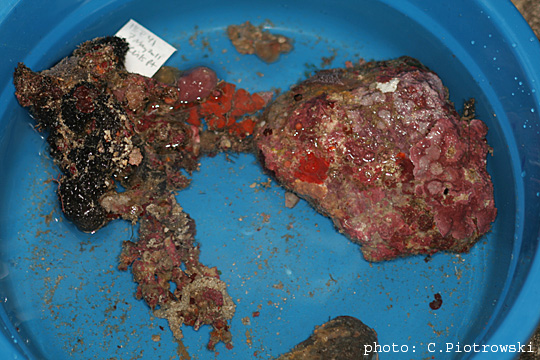 Not just any rocks, mind you….. specifically coral rubble rocks. Coral rubble consists of fragments of hermatypic (reef-forming) coral which, over time and during storms, have broken from the reef and rest on the seafloor, providing habitat and surface area for the settlement of new recruits.  I collect these coral rubble fragments in search of polychaete worms.

When diving on a coral reef, several fairly obvious species of polychaetes can be observed. Polychaetes are a highly diverse (about 10,000 known species) group of segmented marine “bristle worms” distantly related to earthworms and which occur in all habitats of all marine ecosystems.  Polychaete worms vary in size from a couple of millimeters up to 2 meters in length.  These organisms serve as an important food source for birds, fish and other invertebrates, function in symbiotic relationships with various other reef organisms, and may even bio-engineer reef environments.

Examples of polychaetes you may have encountered in photos or on reefs include the “Christmas tree worms” and “feather duster worms”. These two types of sedentary polychaetes can be easily observed living in tubes deeply buried within large sections of live coral.  Many other polychaetes are free-living and do not form permanent tubes. 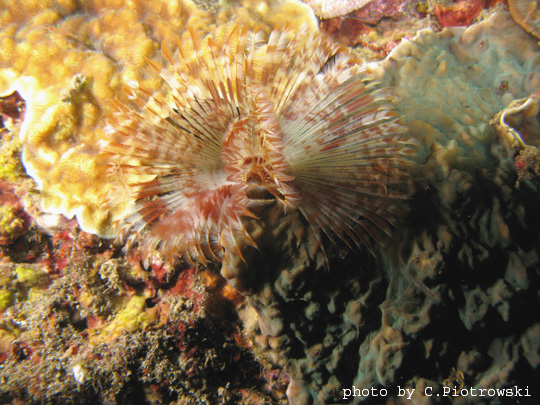 We are strongly against destructive sampling activities that would adversely affect the reef, so I don't collect these worms burrowed in live coral. Many of these are common species, anyhow, and are quite well-studied (although others may benefit from taxonomic revision or DNA comparisons with other populations).

However...let me tell you....the really interesting stuff is in the rocks! As I dive, I typically head for the “dead” looking section of the reef.  You know, the area you might pass over accidentally on your way to the cool-looking colorful stuff but would certainly not intentionally photograph because it’s all basically one greyish color and has little interesting macro-fauna living associated with it.
This is my hunting grounds. 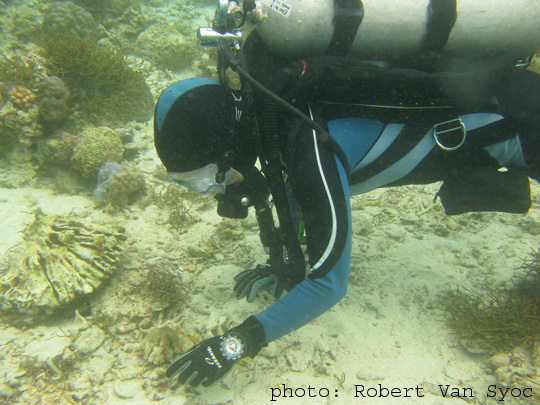 Searching for worms under coral rubble

I carefully turn over all the most interesting-looking rocks and coral rubble in the immediate area. Sometimes I get lucky and there might be an obvious larger animal sheltering under the rubble, using it for cover from daylight as it waits to forage at night. Other times, there may be a nice fat worm tube stuck to the underside of the rubble...that one's a keeper.

Most of the time, though, I just select a few rocks that I think look particularly promising, bag them up in whirlpacks and add them to my collecting bag. My rock collection helps keep me stay neutrally buoyant as my tank grows lighter at the end of the dive, but if I go overboard on collecting heavy stuff our Dive Safety Officer, Elliot Jessup, is often around with a lift bag (similar to an orange partly-deflated balloon) to help me slowly transport my rubble to the surface. 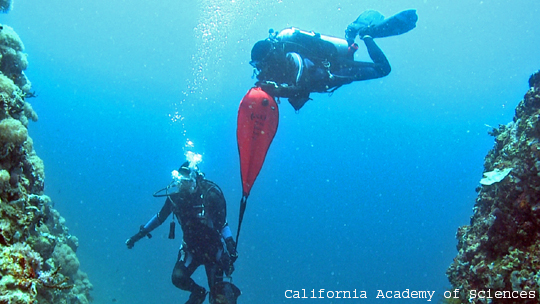 Collecting rubble may seem like sort of a weird activity, and perhaps folks don’t get quite as worked up about admiring my catch of rocks at the end of a dive as they might, say, a cool new fish. However, after the rubble sits in the tub next to my microscope for a few hours, it becomes apparent that these chunks of rubble abound with tiny yet fascinating cryptic organisms. In most cases, animals that live within rubble remain hidden for part or all of their lives, and thus are less likely to have been studied yet by humans. We can learn a great deal about the true biodiversity of a coral reef from closely examining its rubble communities. 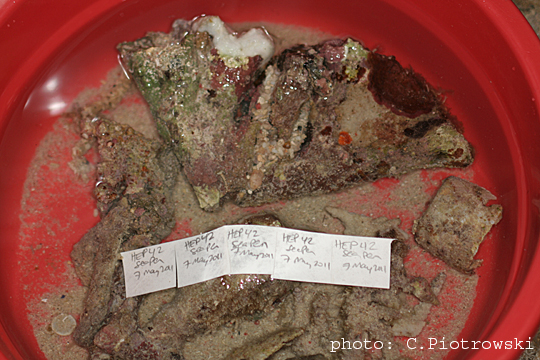 Small organisms use the crevices and spaces within rubble rocks for a hard surface to attach to or for a refuge that is safely hidden from large predators. Miniature food webs occur within a chunk of rubble.  Algae is fed upon by grazers, who may in turn be fed upon by small predators.  Many organisms live within rubble crevices for much of their reproductive lives, releasing gametes or buds into the water column from these safe confines during their reproductive periods (more about this in a future posting). 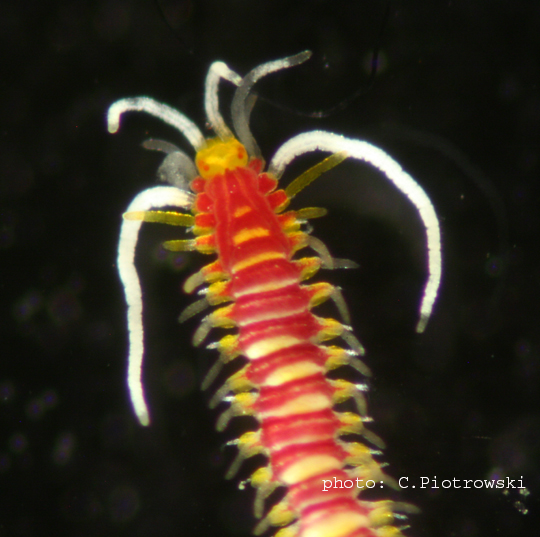 Syllidae, a small but striking worm from the rubble 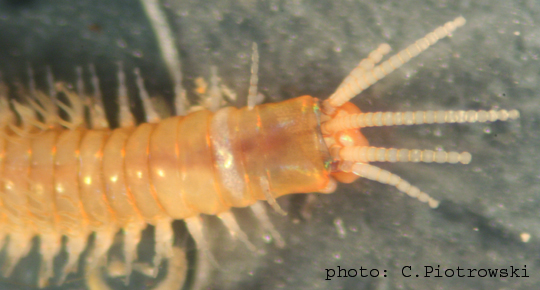 Eunice, another resident of rubble

Communities of organisms inhabiting coral rubble have been used in scientific studies for measuring diversity, productivity, and general reef health. Some organisms living in these communities assist in the breakdown of the rubble itself, permitting the release of calcium carbonate into the water for use in building new reef structure. 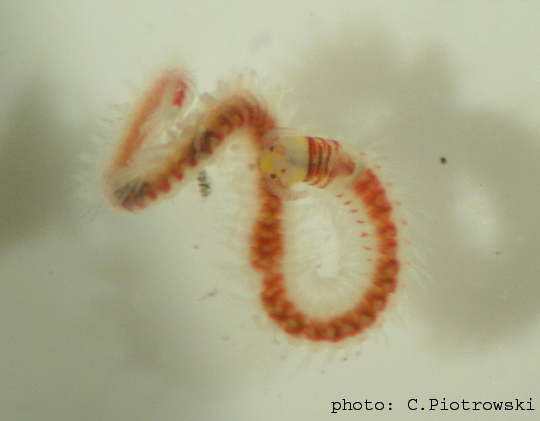 Dorvilleidae, another worm from rubble

For me, examining coral rubble is an excellent way to sample for the small and cryptic “sleeper” critters  (such as polychaete worms) which live hidden lives buried deep within the reef ecosystem, quietly providing critical services to the community.

Once I have my samples, I can return the rubble back to the seafloor to be colonized again.