First week of the Expedition

After a nice long redeye across the Pacific Ocean we touched down just after sunrise on Luzon, the largest of the more than 7,000 islands that make up the Republic of the Philippines. 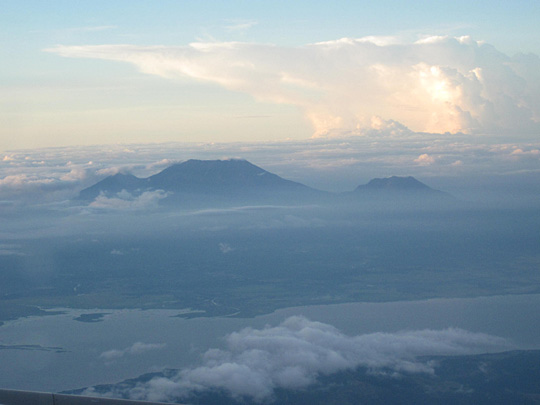 Our team of seven researchers spent two full days in Manila dealing with logistics, picking up last minute supplies for our work at the field site in Mabini/Anilao, and interacting with local officials and scientists.  Walking and driving around this modern bustling city it was easy to comprehend that more than 11 million people live within Metro Manila.  With so many autos on the roads (and the associated traffic gridlock) the government has instituted a coding system in which cars with certain license tag numbers may not drive on particular days of the week.

Jeepneys, brightly painted military-style jeeps commonly used as mass transit (a tradition held over from the post-war period) and the tricycle taxis made for a very colorful excursion through the city to our destinations. 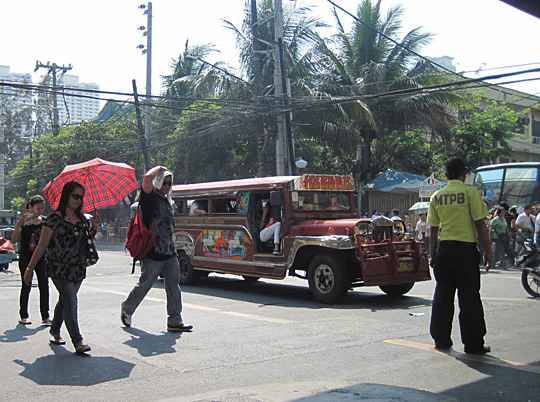 Jeepney on the streets of Manila

We "divided to conquer" with half of us heading off to meet with government officials to confirm permits and the other half setting off to organize the 46 large boxes of field supplies that we’d shipped to the Philippines National Museum from San Francisco (which somehow now seems like a galaxy far far away). 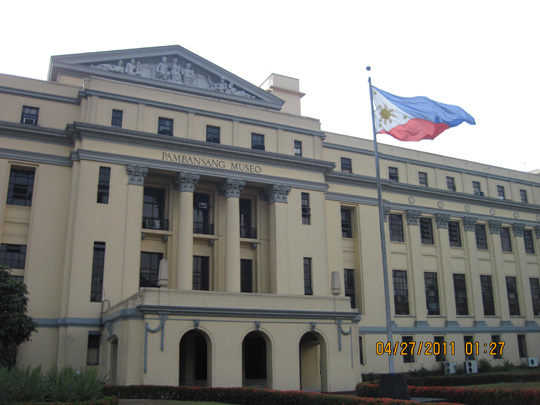 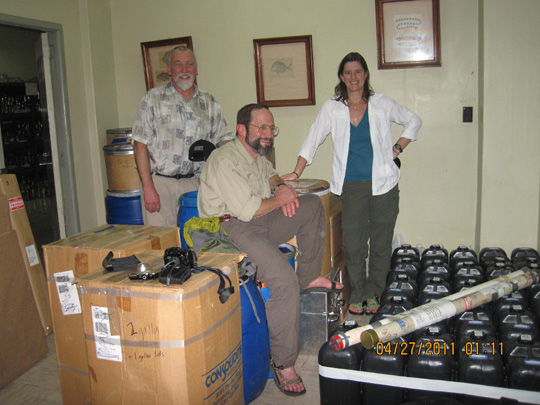 Visiting museums is always fascinating…but it's even more interesting for museum workers to learn how other collections are curated. We met with the Curators of Crustaceans, Sponges, Fish, and best of all...Polychaetes (marine bristleworms have their own department here).  We also had the opportunity to meet with the new Director of the National Museum, who expressed his full support for this expedition and future collaborations between our institutions.  We do hope to be back! 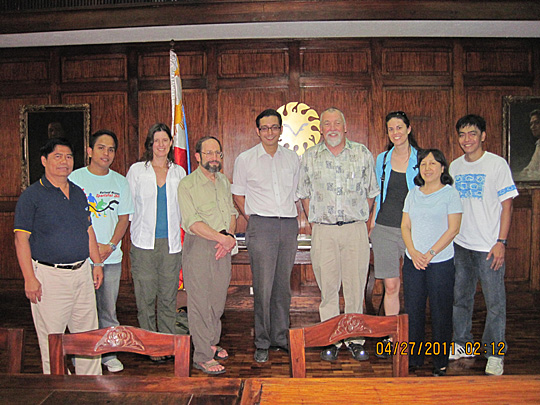 Meeting with Curators and Director

Once everything was squared away in Manila it was finally time to head out to the field.  We piled ourselves and our equipment into three tightly-packed vehicles and headed south through lush farmland and lovely countryside towards Mabini.

Our first view of the ocean was exhilarating...now THIS was what we had come to explore!  We arrived at the field site and got settled in right away, everyone working to load our supplies down the steeply sloping property using a series of stairways.  One of our outrigger dive boats was on-hand at the shoreline when we arrived to complete the idyllic view from the field site. 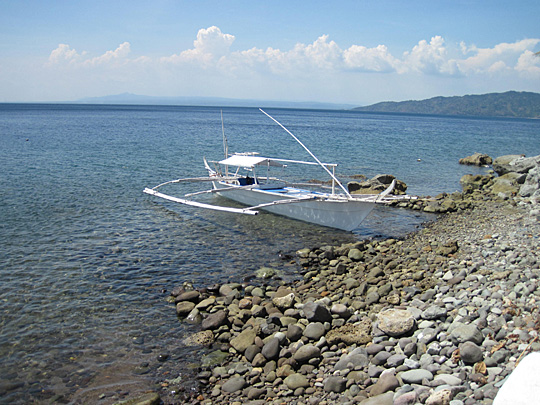 One of our dive boats

It didn't take us very long to get underwater....just a quick lunch and a dive briefing and soon-after we plunged into the waters just offshore to test out our brand new Oceanic gear.  I was amazed by how diverse the reef appeared right off the resort area!

We were even more amazed over the next few days as we explored several dive sites in the region.  Beautifully colored walls of corals, feather stars, huge vase sponges, pipefish, sea snakes, lionfish seemingly under every ledge, huge mantis shrimp scuttling furiously to reach their burrows, and vibrant nudibranchs just about everywhere you look (at least more than I've seen before on one dive).  And so many species still to be described! 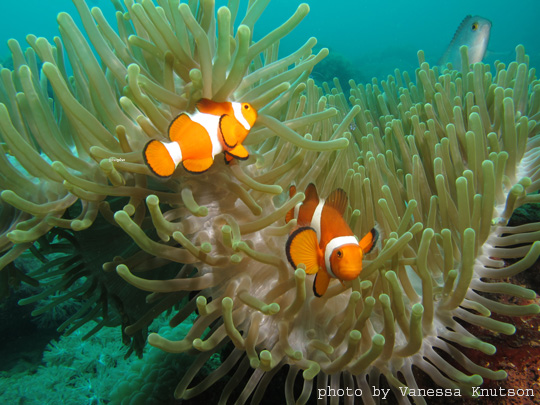 Night diving is an entirely unique experience since different animals are active at night than during the day.  We spent some time "muck diving" the other night in an area near a sulfur springs with a mixture of sand, gravel, and mud.  As you might imagine, muck diving can be quite fruitful for someone who studies worms.  Sure enough, two fireworm species resulted from this dive.

Most species of fireworm remain hidden under coral rubble or rock during the day but can be found crawling across the sand at night in search of food. While many fireworms are "slow" carnivores that feed on sedentary animals such as corals, anemones, and sponges...the fireworms we've encountered so far are in the genus Chloeia and are actually thought to feed on carrion. 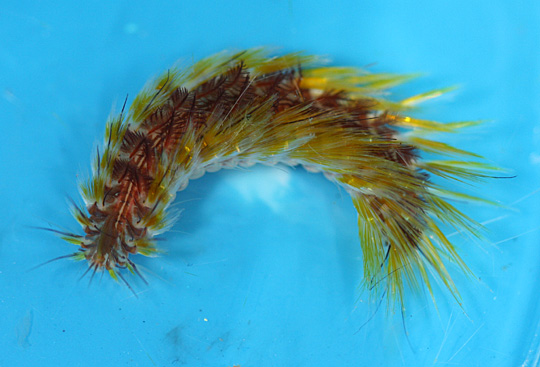 Fireworms can present a bit of a challenge to work with, as their bodies are equipped with long, very brittle bristles that lodge themselves in your fingers if you touch them and will remain embedded there for days producing severe  irritation.  Studies suggest that the bristles of at least some fireworm species may be filled with a mild neurotoxin that enhances this irritation.

We get around this by not handling them, obviously.  Forceps or a nearby rock are always handy!

We found a second species in the genus Chloeia during the same night dive. 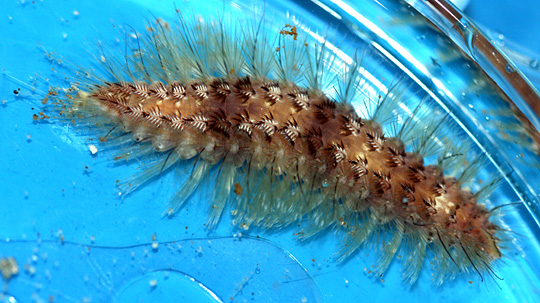 Stay tuned for more images and news from the field over the coming weeks.  We've just gotten started!