Awarded for its sustainable operations and maintenance, the Academy is the world's largest "Double Platinum." 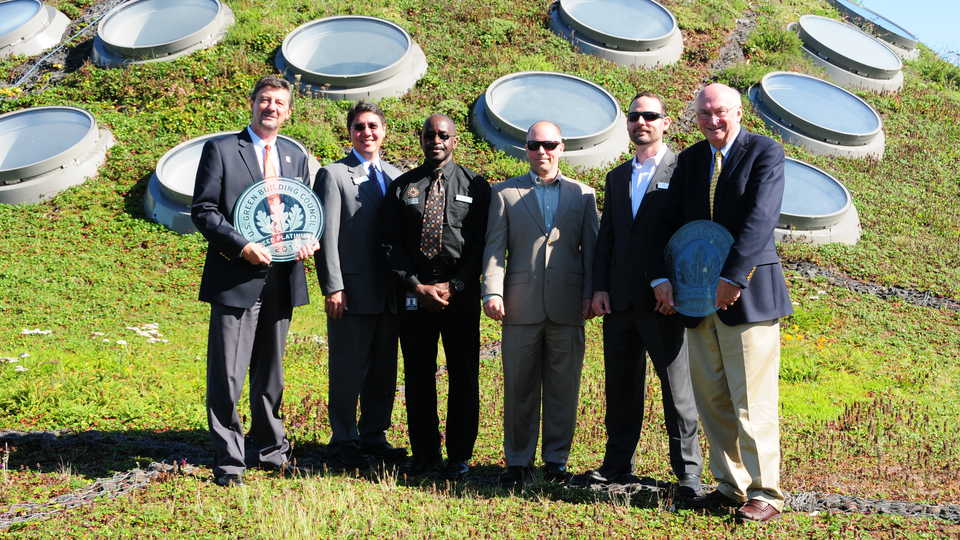 "We couldn't be more proud of the Academy for its commitment to high levels of environmental performance, and for setting the example as a leader in the San Francisco green building community and around the world," said San Francisco Mayor Edwin Lee. "Their Double Platinum rating is truly a remarkable achievement for our City."

The Leadership in Energy and Environmental Design (LEED) rating system is a voluntary, consensus-based standard for evaluating high-performance, sustainable buildings. By earning points across a variety of sustainability categories, buildings can earn a basic certification, Silver, Gold, or Platinum rating. In October 2008, the Academy received its first LEED Platinum rating under the "New Construction" category, which focused on the building's design and construction process. In August 2011, the Academy received its second LEED Platinum rating under the "Existing Buildings: Operations & Maintenance" category, which certifies that its day-to-day operations and business practices also meet the highest standards of sustainability.

The Academy's operations and maintenance practices were evaluated and earned points across six different categories: sustainable sites, water efficiency, energy and atmosphere, materials and resources, indoor environmental quality, and innovation and design process. Based on a wide range of green practices and performance metrics, including transportation, purchasing decisions, and waste disposal, it was awarded a total of 82 points, exceeding the threshold for a Platinum certification (80 points).

Founded in 1853, the California Academy of Sciences is one of the world's preeminent natural history museums and is an international leader in scientific research about the natural world. The 1989 Loma Prieta earthquake damaged the Academy's original home in Golden Gate Park, but also provided a silver lining: the opportunity to reinvent the facility from the ground up. After nearly a decade of planning and the largest cultural fundraising effort in San Francisco history, the new Academy opened to the public in 2008. This major new initiative built on the Academy's distinguished history and deepened its commitment to advancing scientific literacy, engaging the public, and documenting and conserving Earth's natural resources.

"Our LEED Platinum building is a marvelous example of sustainable architecture that has wowed millions of visitors since we opened three years ago," said Dr. Gregory Farrington, Executive Director of the Academy. "However, it is more than just a building. It is also a stage?one that has allowed us to host a wide variety of programs and exhibits about the history and future of life on Earth. Delivering these programs as sustainably as possible helps us inspire our visitors to make sustainable choices in their own lives."