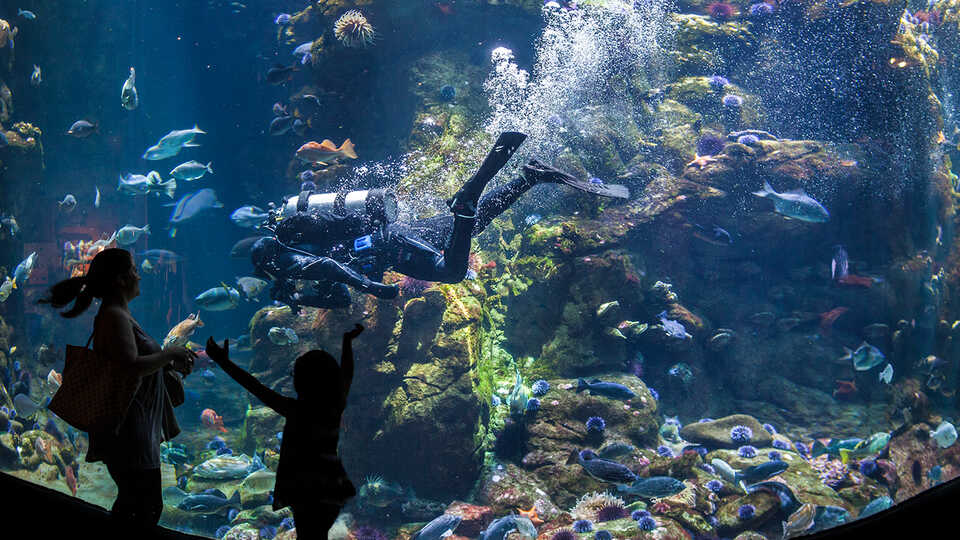 SAN FRANCISCO (January 28, 2021) — As the nation’s leading aquariums committed to ocean and freshwater conservation, we fully support the Biden-Harris Administration’s bold actions to assert U.S. leadership in the fight against global climate change.

We celebrate yesterday’s clear mandate for a government-wide approach to addressing the climate crisis that focuses on scientific integrity, environmental justice, and job creation. Through actions like rejoining the Paris Agreement, initiating the rollback of environmentally damaging federal regulations of the past four years, working with State, local, Tribal, and territorial governments and stakeholders to achieve the goal of conserving at least 30 percent of our federal lands and waters by 2030, the Biden-Harris Administration is setting a course for our nation that acknowledges the role that a healthy ocean, lakes, and rivers play in addressing the climate crisis and increasing our national prosperity.

We recognize that climate change is the greatest threat to the future of our planet, of people, and of our ocean and freshwater systems. For the well-being of people and all life on Earth, we must take immediate and significant action to address the climate crisis. Climate action can produce local economic benefits, generate new jobs, restore public lands and waters, and engage current and future generations to help rebuild our infrastructure and create a clean-energy future. We must also ensure that communities bearing the brunt of climate impacts are fully involved in designing equitable strategies for a path forward.

“Now is the time for bold action to protect the future of our planet,” says Dr. Scott Sampson, Executive Director of the California Academy of Sciences. “We are proud to partner with our aquarium colleagues to engage, educate, and empower the communities that we serve with solutions that will restore and regenerate our natural world for generations to come.”

To fight climate change, we need a healthy ocean. Our ocean has already absorbed 25 percent of the carbon dioxide generated by human activities, and more than 90 percent of the excess heat. But these services have come at a tremendous cost. By altering the chemistry and temperature of the ocean, we have put marine ecosystems and wildlife at increasing risk. The life-giving benefits we derive from ocean and freshwater systems—including food and water, transportation, defense, tourism, and other enterprises—underpin our global prosperity.

Our ocean, lakes, and rivers are also sources of climate solutions. Together, we can build resilience to the impacts of climate change by restoring and conserving natural habitats, curbing pollution, and managing fisheries and other natural resources in sustainable ways. We also can protect and restore our tidal marshes, seagrasses, wetlands, and mangroves that sequester atmospheric carbon, and develop new offshore sources of renewable energy in an environmentally responsible way.

Our aquariums, which make up the Aquarium Conservation Partnership, play unique and powerful roles in promoting climate solutions. We are trusted science-based communicators, conservation stewards, and local business leaders. We are committed to working with our communities, government leaders, business partners, and public audiences to meet these challenges and accelerate the pace of progress for our planet.

We are eager to work with the Biden-Harris Administration, Congress, and other leaders across the country to step up efforts to protect the nation’s invaluable ocean and freshwater resources, strengthen the resilience of our communities, and accelerate solutions to the climate crisis.

The California Academy of Sciences is a renowned scientific and educational institution dedicated to exploring, explaining, and sustaining life. Based in San Francisco’s Golden Gate Park, it is home to a world-class aquarium, planetarium, and natural history museum, as well as innovative programs in scientific research and education—all under one living roof. When opened, our hours are 9:30 am - 5:00 pm Monday - Saturday, and 11:00 am - 5:00 pm on Sunday. Admission includes all exhibits, programs, and shows. For reopening information and daily ticket prices, please visit www.calacademy.org or call (415) 379-8000 for more information.