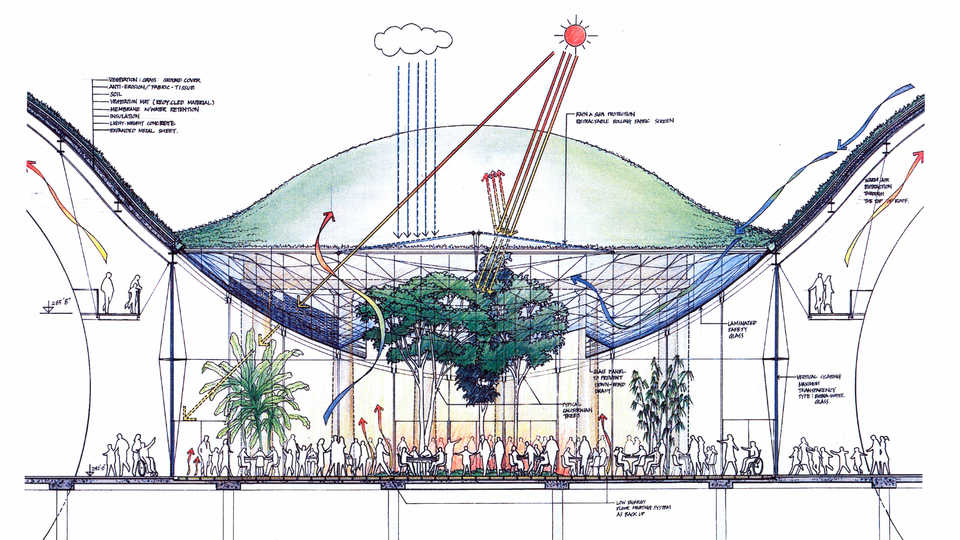 Project Description
​The California Academy of Sciences is constructing a dynamic new facility in Golden Gate Park. The new Academy will combine innovative green architecture with inventive exhibitions to inspire its visitors to explore and protect the natural world. It will house Steinhart Aquarium, Morrison Planetarium, and the Kimball Natural History Museum.

Temporary Home
The Academy was located at 875 Howard Street during the construction period. This temporary home featured aquatic animals from Steinhart Aquarium and prototypes of exhibits planned for the new Academy.

Project Cost
The Academy's rebuilding project will cost approximately $488 million. Included in this figure are costs associated with the Academy's temporary home, the move, and the new exhibition and visitor experience program.

Funding
The Academy's rebuilding project is a result of a public/private partnership. Through gifts and public funding, the Academy has secured $465 million so far. This includes $152 million as provided by public bond funds approved by San Francisco voters in 1995 (Prop C) and 2000 (Prop B), the State of California, and Federal funding. The balance of the funds was raised through private individual, corporate, and foundation contributions to the Campaign for the New Academy.

The California Academy of Sciences is home to Steinhart Aquarium, Morrison Planetarium, Kimball Natural History Museum, and world-class research and education programs—all under one living roof. Admission to the Academy is: $29.95 for adults; $24.95 for youth ages 12 to 17, Seniors ages 65+ and students with valid ID; $19.95 for children ages 4 to 11; and free for children ages 3 and younger. Admission fees include all exhibits and shows. Hours are 9:30 am - 5 pm Monday - Saturday, and 11 am - 5 pm on Sunday. During peak periods, including some holiday weekends, an admission surcharge and extended hours may apply. Visit www.calacademy.org or call (415) 379-8000 for more information.