Quake simulator, live ostriches, hands-on programs, and more will unearth the science behind our ever-changing planet 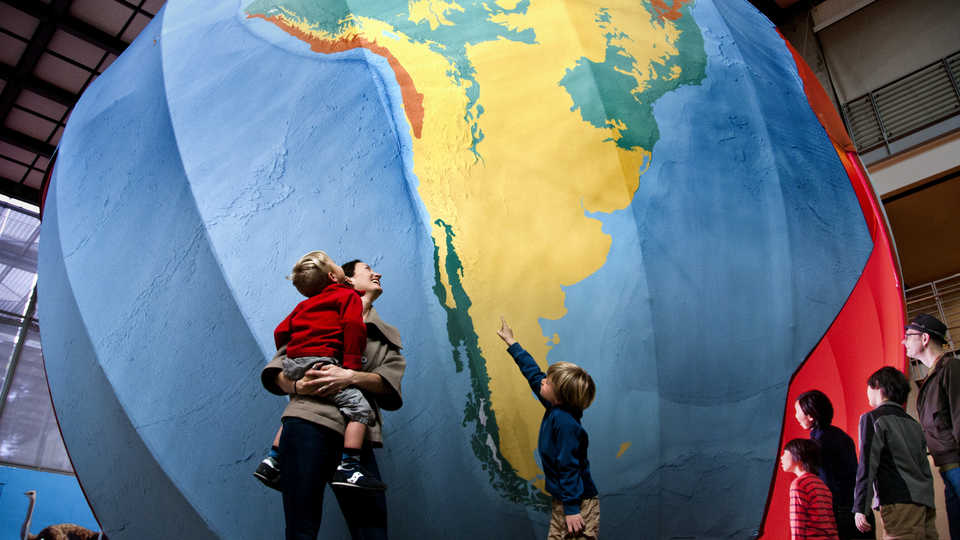 SAN FRANCISCO (May 23, 2012) — Prepare to be moved! Earthquake: Life on a Dynamic Planet, will open at the California Academy of Sciences on May 26, 2012, taking visitors on a kinetic journey toward understanding these super seismic phenomena and how they fit into the larger story of our ever-changing Earth. Occupying the entire west hall of the Academy, the exhibit will feature a number of large-scale installations, including a walk-through model of the Earth, an enclosure for live baby ostriches (yes, there are surprising connections between earthquakes and ostriches!), an earthquake simulator resembling an old Victorian home, and an interactive space designed to teach earthquake preparedness. Concurrently, a new planetarium show will launch audiences on a breathtaking tour through space and time—flying over the San Andreas fault before diving into the planet's interior, traveling back in time to witness both the 1906 San Francisco earthquake and the break-up of Pangaea 200 million years ago, and much more.

"San Francisco—and California too—are no strangers to the awesome power of earthquakes," said Dr. Greg Farrington, Executive Director of the Academy. "By showing visitors the science that underlies these natural events, we want to encourage preparedness and help visitors understand how the great movements of the continents have produced the landscape we call home today and the life around us.

Exhibit Overview
The 8,000-square-foot exhibit, titled Earthquake: Life on a Dynamic Planet, is located next to the Rainforest dome and continues the new Academy's tradition of light-filled, airy exhibit spaces integrated with live animals and public programs. The exhibit will run for several years.

Additional Information
During the summer of 2012, Academy educators will shake things up with daily programs and hands-on demonstrations on the topics of geology, preparedness, and much more. In addition, the Academy will hold an Earthquake Premiere Party on the evening of May 25, 2012, featuring a 1906 period theme with dancing, music, and cocktails. Visit www.calacademy.org/earthquake for details.