From wild interspecies interactions to eye-catching closeups, winning images represent the best in nature photography from around the world 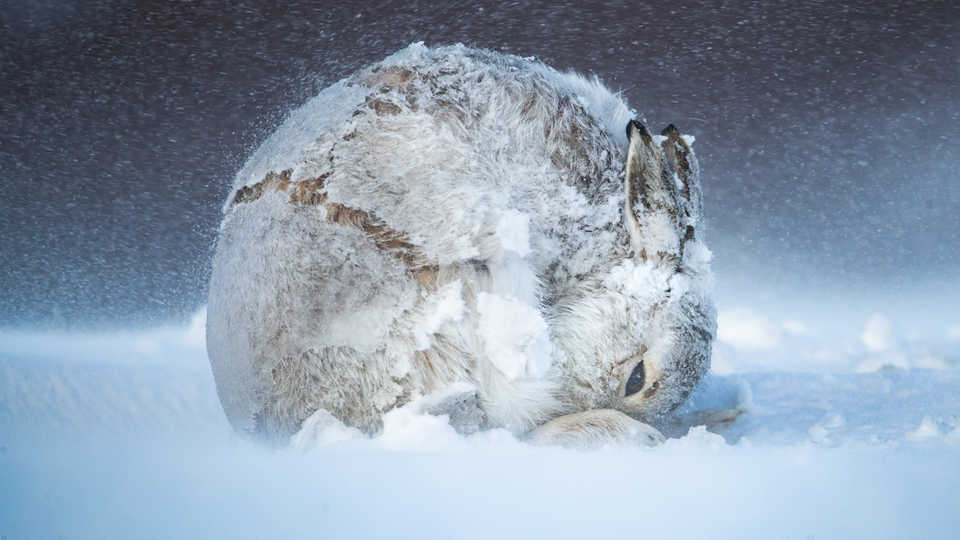 San Francisco (May 5, 2020) — The California Academy of Sciences in San Francisco is excited to announce the winners of this year’s BigPicture: Natural World Photography Competition. Over 6,400 photographic submissions were entered by world-class photographers representing 65 countries—all capturing captivating moments of life on Earth that inspire action to protect and sustain it.

A gallery of this year’s winning images was just published by bioGraphic, the Academy’s online magazine about science and sustainability and official media sponsor for the BigPicture competition. Gallery photos and captions are available for syndication to interested media outlets upon request.

This year’s Grand Prize image, titled “Hare Ball” by photographer Andy Parkinson of Crich, United Kingdom, depicts the resilience of a mountain hare as it braves a sub-arctic, winter storm. Parkinson, who has photographed wildlife in the harrowing environment of the Scottish Highlands for over a decade, spent three years getting to know the behavior and territory of this individual hare. Through his photography, Parkinson aims to reveal the beautiful and complex lives that animals lead. Check out all of this year’s Grand Prize, First Place, and category finalists here.

"Only a highly skilled photographer can present a common subject in an extraordinary way," says Suzi Eszterhas, BigPicture Jury Chair. "In this photo we see a hare as we've never seen it, curled up in a ball and looking rather like a sculpture as it's bathed in sub-arctic light. Andy has created an image that has it all: technical perfection, artistic skill, and behavior. To me this is an image of beauty and resilience that speaks to weathering a storm. An image that I believe the world needs now more than ever."

Since launching in 2014, BigPicture has established a fast-growing reputation within the photography community, receiving one of just a handful of recommendations from “The 2020 Photographer’s Guide to Photo Contests” by Photo Shelter, one of the world’s top online photography resources. The competition was also named one of the “Top 15 Photography Contests & Prizes in 2019” by Pixpa, a leading online portfolio service for photographers, and was also included in My Modern Met’s list of “30+ Best Photography Competitions to Elevate Your Craft.”

Awards include $12,000 in cash prizes and all 49 winning images will be featured in the annual BigPicture photography exhibit, set to open later this summer at the California Academy of Sciences in San Francisco. While this year’s competition has concluded, applications for the BigPicture Emerging Photographer Grant, which will provide a $2,500 grant and mentorship to two young photographers between the ages of 18–25 looking to convey ideas about the natural world, remain open until May 31, 2020.