Opening just in time for Valentine's Day, this revealing new exhibit explores some of the wildest mating strategies in the animal kingdom 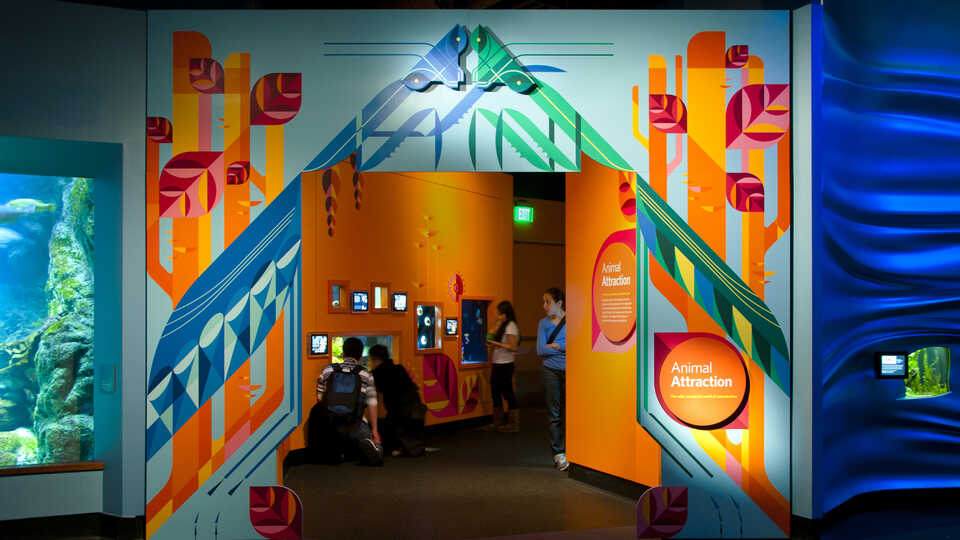 SAN FRANCISCO (December 20, 2011)—From sex change to cannibalism, the natural world is filled with wild mating strategies. In a new aquarium gallery titled Animal Attraction, the California Academy of Sciences delves into the science of sex, exploring the remarkable and often surprising techniques animals have developed for attracting mates and producing offspring. Visitors will encounter hermaphroditic banana slugs, cannibalistic praying mantises, parasitic anglerfish, and more than a dozen other creatures. Animal Attraction opens to the public on Saturday, February 11, 2012, with a sneak peek during NightLife on Thursday, February 9.

In a series of eighteen tanks, the exhibit will explore the concept that nothing in life is more important than reproductive success. Sex—the passing on and mixing of genes—drives evolution, and is responsible for much of what we consider beautiful in the natural world. If not for reproduction, plants wouldn't bloom, birds wouldn't sing, and deer wouldn't sprout antlers. For the first time, the Academy will use iPads as exhibit labels, allowing visitors to flip through gorgeous images, watch videos of these strategies and behaviors in action, and guide their own digital explorations using interactive touch screens throughout the exhibit. Throughout the museum, Academy docents will bring these and other stories to life, sharing tales of how giraffes know when the time is right, why cacao couldn't reproduce without the help of a specific fly, and more.

Exhibit Overview
Animal Attraction will highlight a diverse array of strategies that animals and plants have developed for attracting a partner, and passing along their genes to the next generation, including:

Additional Programs
Beyond the aquarium exhibit, visitors will have an opportunity to explore other fascinating stories from the world of plant and animal reproduction through special programs offered throughout the Academy:

45 Word Exhibit Description
From fish that can change sex to insects that eat their mates and snails that shoot "love darts," discover some of the wildest mating strategies in the animal kingdom in Animal Attraction, a revealing new exhibit of live animals at the California Academy of Sciences.

The California Academy of Sciences is home to Steinhart Aquarium, Morrison Planetarium, Kimball Natural History Museum, and world-class research and education programs—all under one living roof. Admission to the Academy is: $29.95 for adults; $24.95 for youth ages 12 to 17, Seniors ages 65+ and students with valid ID; $19.95 for children ages 4 to 11; and free for children ages 3 and younger. Admission fees include all exhibits and shows. Hours are 9:30 am - 5pm Monday - Saturday, and 11 am - 5 pm on Sunday. During peak periods, including some holiday weekends, an admission surcharge and extended hours may apply. Visit www.calacademy.org or call (415) 379-8000 for more information.