Although Dr. Rebecca Albright grew up in the “landlocked-except-for-Lake-Erie” state of Ohio, her mind was always on the sea. “I fell in love with the ocean by watching the Discovery Channel and going to the Columbus Zoo and Aquarium when I was little,” says Albright. “My parents were amazing at facilitating my education and exposing me to broader ecosystems that I didn’t have immediate access to.”

By her first year at Duke University, she had already set her sights on studying abroad in Australia so she could dive in the Great Barrier Reef. For her scuba certification, Albright had to complete her training dives somewhere a little less picturesque: a limestone quarry in Ohio. “It was horrible!” she laughs. “The navigation instructions were basically, ‘Go until you see a sunken refrigerator and then take a right until you see a school bus.’ It was a means to an end.” While most beginners might feel discouraged by such murky and cold surroundings, Albright couldn’t get enough. “My instructor called me a ‘just add water’ diver—my regulator kept popping out of my mouth from smiling too much the entire time.”

Over the course of more than 50 dives Albright completed in Australia, she fell even more deeply in love with coral reefs. After graduating, she spent two years in the Dominican Republic working on conservation outreach with Reef Check, an international organization dedicated to protecting reefs, before pursuing an advanced degree. She thought she’d continue working on marine protected areas, but her arrival at the University of Miami coincided with a buzzworthy new topic in the marine biology community: the effects of ocean acidification on coral reefs. 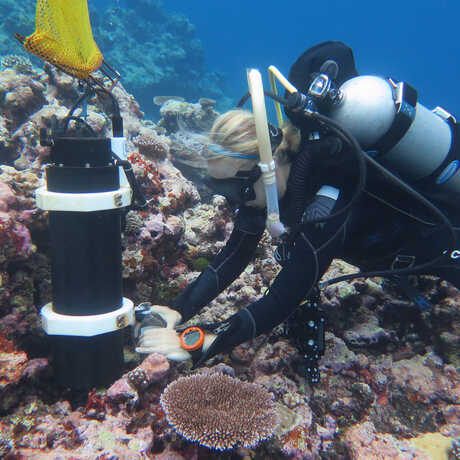 “Coral reefs are one of the most threatened ecosystems on the planet,” says Albright. “It’s sobering how quickly we’re witnessing their degradation.” Seizing the opportunity to focus on the growing threat of changing sea chemistry, she began studying coral reproduction and the ability of coral populations to recover from damage. Her work at the University of Miami showed that ocean acidification impacts coral reproductive success by affecting critical early-life stages including fertilization, larval settlement, and growth.

Albright will continue this work at the Academy and is eager to create a coral culturing facility within Academy walls. Because corals respond to a “very sophisticated hierarchy of environmental cues,” it’s a challenge to trigger biological responses—and therefore breed corals—in a controlled environment.

“In many organisms, reproduction is linked to the lunar cycle,” explains Albright. “If you want to recreate those conditions in the lab, you have to simulate lunar phases, a full moon, a new moon, and seasonal cycles in temperature. My hope is that if we can understand how to facilitate reproduction in the lab, we can use that knowledge to leverage restoration efforts in the natural environment.” 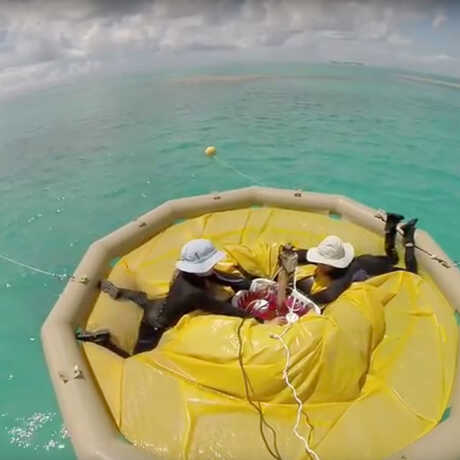 Albright returned to Australia as a postdoctoral fellow at the Australian Institute of Marine Science. She began studying coral reef biogeochemistry and carbonate chemistry—scientific disciplines that focus on how biology, chemistry, and geology interact in reef environments.

Most ocean acidification-related experiments are conducted in the lab where seawater chemistry can be manipulated under controlled conditions. Some of these experiments have shown that increased acidity slows down the calcification process in corals and other marine invertebrates—a process needed to grow their hard skeletons for support and protection.

In 2014, Albright and a team of scientists led by Dr. Ken Caldeira from the Carnegie Institution for Science traveled to One Tree Island in the Great Barrier Reef to investigate whether ocean acidification was already impairing the growth of coral reefs. It was the first such experiment on a natural coral reef community. “We wanted to extend laboratory experiments to the field and gauge what happens in the natural environment,” says Albright. It was a large-scale operation, which involved manipulating the pH of hundreds of tons of seawater to make it less acidic, simulating the approximate ocean pH level of 100 years ago. They let this altered water flow across the reef and measured the reef’s calcification response. The results, published in Nature in February of 2016, suggest that ocean acidification is already having measurable impacts on coral reefs, and that “when ocean chemistry is restored closer to pre-industrial conditions, net community calcification increases.”

That summer, the research team reunited at One Tree Island to run the experiment again, this time lowering the seawater’s pH and increasing the water’s acidity. “Instead of restoring past conditions, we simulated future conditions—we moved the clock forward instead of backward,” explains Albright. 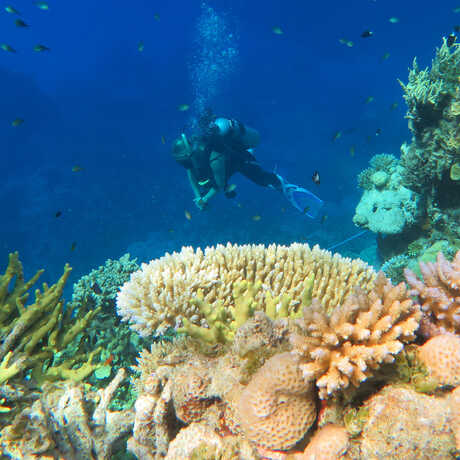 Around the same time as Albright and colleagues returned to One Tree Island, the Great Barrier Reef made headlines with reports that it had suffered the worst coral bleaching event on record, with over 90% of the reef affected. Looking toward the future, Albright stresses the importance of scientists, citizens, and policymakers to help sustain coral reefs.

“Our goal as scientists right now is to understand how these systems are likely to respond in the coming decades, and to preserve as much as we possibly can,” says Albright. “Coral reefs are unbelievably resilient ecosystems if we give them a chance. We need to make responsible choices, particularly with respect to carbon emissions, that will ease the pressure on these ecosystems and help give them the best possible chance to recover.” 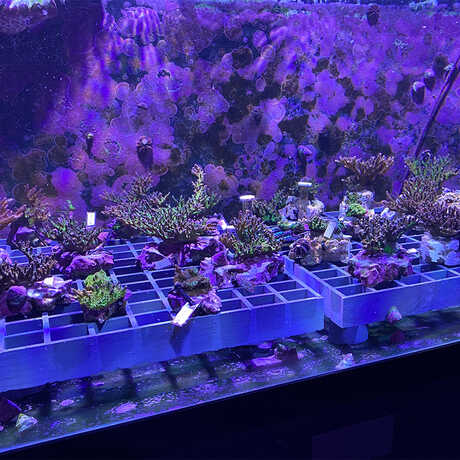 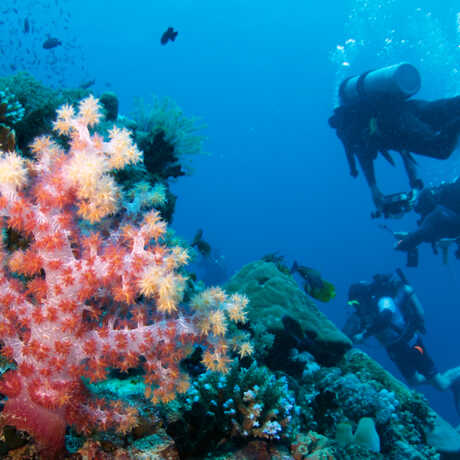 Invertebrate Zoology & Geology at the Academy

Explore IZG projects and expeditions, meet curators and researchers, and browse some of the 2.5 million specimens in the collection.