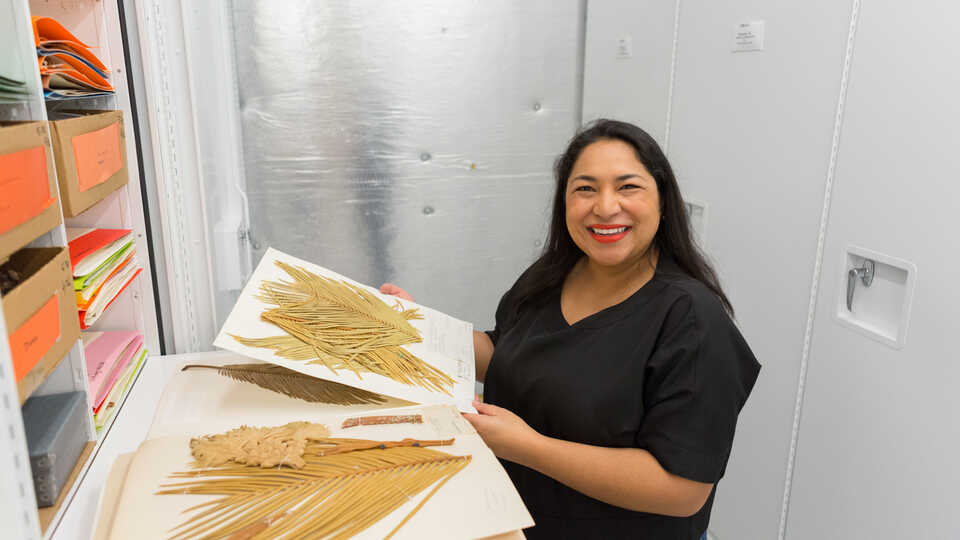 Nathalie Nagalingum, PhD, is the Academy’s Associate Curator and McAllister Chair of Botany. She studies the evolution and conservation of plants, with a focus on cycads and ferns.

Bloom where you're planted 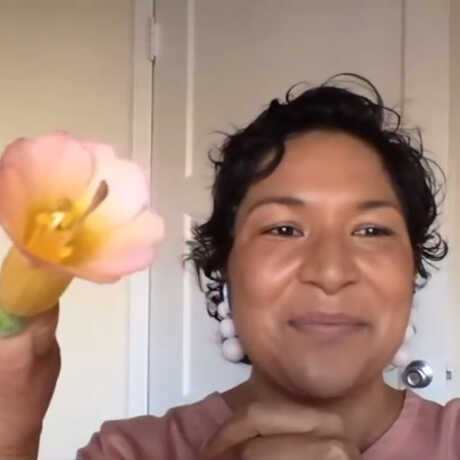 Cycads and ferns don’t flower, but Nathalie Nagalingum blossoms whenever she talks about them.

Equally engaging at either a scholarly symposium or a living room livestream, Nagalingum has introduced thousands of people to the ancient history and fragile future of these botanical wonders—as well as the restorative power of exploring whatever habitat one finds oneself in.

“We’re so disconnected from where plants came from, but right now we have the opportunity to really examine the nature around us, whether it’s a flower in a sidewalk garden or a fruit in the fridge,” she says. “There’s a lot of exploring to do.”

In other words, when life gives you lemons, take a closer botanical look at that fruit. 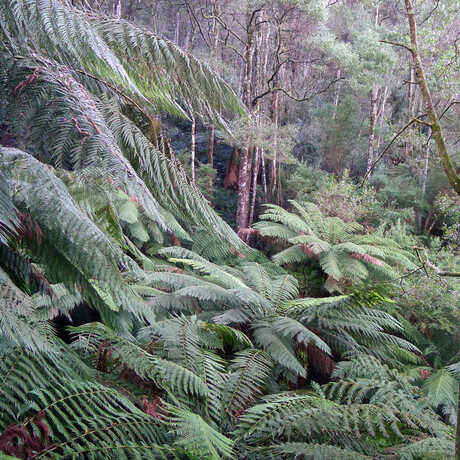 Nagalingum was born and raised in Melbourne, Australia, but her parents moved there from Mauritius, a tiny tropical island nation about 700 miles east of Madagascar. She speaks with the kind of voice that you wished would narrate everything. While her career as a botanist has taken her all over the world, her horizons initially seemed much more circumscribed. “I didn’t even know you could be a scientist growing up,” Nagalingum recalls. “As a first-generation Mauritian and the first in my family to be a scientist, there was really no set path.”

Being an outsider conferred certain advantages, however, allowing her to “approach science from a different angle.” She followed her intellectual curiosity to the University of Melbourne, where it evolved into a paleobotany PhD. After completing postdoctoral research at Duke, Harvard, and UC Berkeley, she returned to Australia for a research position at the Royal Botanic Gardens in Sydney. She crossed the Pacific once again to join the Academy in January 2017.

Despite her doctorate and professional pedigree, she encountered resistance early in her career. She was often the only person of color in the room. “People didn’t accept that you could wear big earrings and lipstick and also be a scientist. I wasn’t taken seriously—until after I gave a seminar.”

When she’s not delighting audiences with public talks and seminars, Dr. Nagalingum is fighting for cycad conservation.

The 300-odd plant species that comprise the order Cycadales have a prehistoric lineage, with their heyday alongside the dinosaurs more than 100 million years ago. They’re considered to be the world’s most endangered organisms—a surprise to most people, since they don’t have a face. Beset by three primary threats at the hands of humans—habitat loss, poaching, and climate change—cycads’ extremely slow reproductive cycle makes them even more vulnerable.

Luckily, these ancient plants have a powerful ally.

A scientist's scientist, Nagalingum loves lingering over the big questions, getting to the why that lurks beneath the what. Her knack for investigating the past is critical to cycads’ future. Along with her students and postdocs, she's working in the Academy’s state-of-the-art Center for Comparative Genomics to identify genetic diversity. "We want to preserve as much diversity as possible so that each cycad species has the best chance of survival,” she notes. “We're doing this with wild species in Australia, and are now starting to work on South African species known only to occur in botanic gardens. By looking at DNA, we'll be able to determine whether we're growing a bunch of cycad clones or actually preserving genetic diversity."

Right at Nagalingum’s fingertips is an incredible archive: The Academy’s herbarium. “For everything that we work on in the lab, we collect a specimen that is deposited in the herbarium as a record of that species, in perpetuity,” she says. She and botanists all over the world use the collections’ 2 million specimens to track biodiversity, determine the relationships between species, and identify new species. Databasing these specimens is a monumental, ongoing task. “We've databased about 500 thousand so far. So if you’re looking to volunteer…” she says with a wink.

Cultivating the next generation

Nagalingum has a confession to make—albeit an endearing one. “I can’t grow anything! I kill plants with love. It’s terrible!” While she laments her lack of a green thumb, she’s already put down strong roots at the Academy, relishing the opportunity to engage in real time with museum visitors and students through public programs, tours, and community outreach. “As a first-generation immigrant, I’m used to talking to people who don’t have a background in science,” she says. “I’m passionate about explaining my work and the importance of botany to all kinds of audiences.”

Whether she’s collecting fern specimens in Malaysia, surveying cycads in the outback of Australia, or extolling the virtues of a simple neighborhood walk, Nagalingum is dedicated to giving some of the most mysterious, misunderstood members of the botanical kingdom their moment in the sun.

Who is your science hero?
Rosalind Franklin. She was responsible for “Photo 51,” the first photograph of the structure of DNA in 1952. James Watson and Francis Crick used this photograph to deduce the structure, but didn’t give her the credit. Women in science who had to deal with discrimination because of their gender and persevered despite it all to make incredible discoveries—they’re my heroes.

Where are your favorite botanical hotspots?
The temperate rainforests on the outskirts of Melbourne where you can see some of the tallest trees on earth (Eucalyptus regnans) and giant tree ferns. Also, the huge expanses of saguaro cacti (Carnegiea gigantea) and the many plant species in the deserts of Arizona. A desert can have a lot of biodiversity! And last but not least, I always enjoy visiting botanic gardens whenever I travel, whether it's a big city or little town.

What’s the scariest thing that ever happened to you in the field?
I was on a field trip in the tropics of Australia (northern Queensland) and one of my colleagues asked me about something she had in her eye. It turned out to be...a leech! It had attached to her eyeball. A brave student pulled it off, and luckily there was no permanent damage. We later learned that leeches in the eye are actually quite common among botanists because we often go collecting in the rain!

What can humans learn from plants?
All you have to do is give plants water and sunlight and they grow. Take what you can get and make the most of it.

Any words of advice for future scientists?
Be easy on yourself! You don’t have to have all the answers. I never knew I wanted to be a scientist, but took opportunities as they arose. There’s a lot to be said for discovering your passions organically and not having it all figured out so early.

GIF: Nagalingum and her husband Magnus demonstrate the flammability of fern spores. 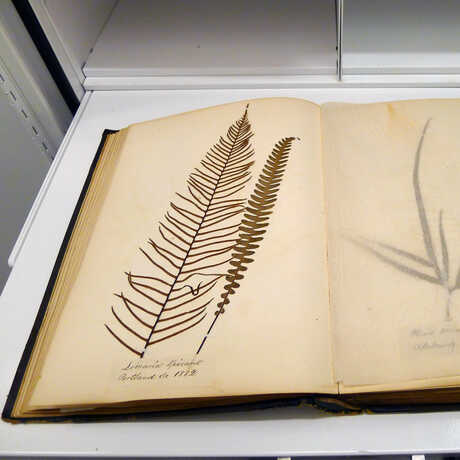 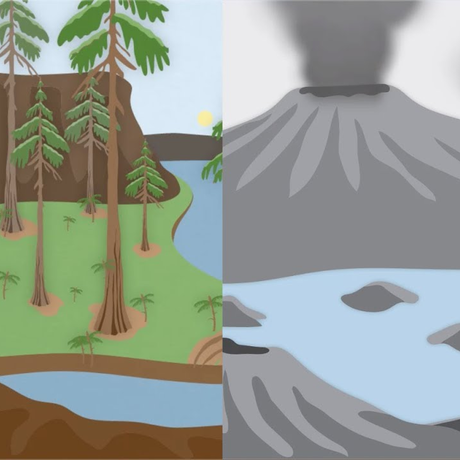 How Did Plants Change Our Planet?
From vascular to non-vascular, land plants drastically transformed our planet.
View All Science Heroes
More about Nathalie Nagalingum