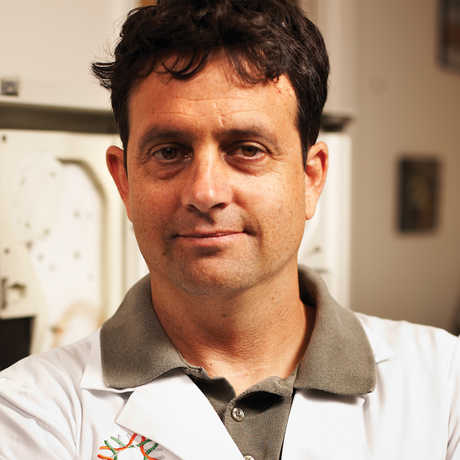 Simple to raise, classically cool, and nearly impossible to contain once released into the wild, the red-eared slider turtle (Trachemys scripta elegans) is an undisputed star of the booming global pet trade. In collaboration with Academy Research Associate James Parham, evolutionary genomics expert Brian Simison is tracking its unfortunate—and prolific—spread across North America in an effort to understand how the DNA of invasive species impacts that of native species.

“When native and invasive species hybridize, it can have a profound impact on their evolution as well as the health of local ecosystems,” says Simison. “Digging into the way invasive red-eared sliders infiltrate other turtle genomes helps us understand how new species form. When the causes of a hybrid event are unnatural, we can make protecting native turtles a top conservation priority.” 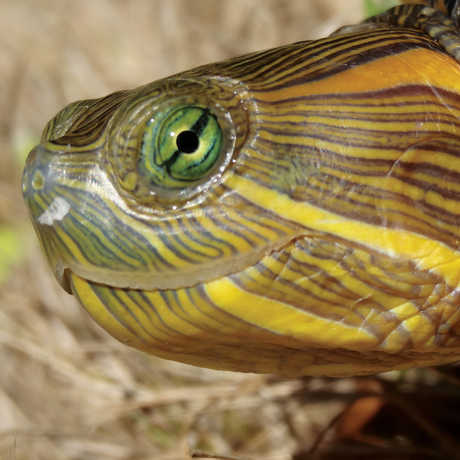 Turtles are one of very few vertebrates that hybridize across deep historical divisions, making red-eared sliders a fascinating surrogate for different types of invasive species. Simison relishes the opportunity to test some of the most fundamental questions about evolution and speciation—the process he calls the “engine generating our planet’s biodiversity.”

The long-term investigation uses cutting-edge techniques in the Academy’s Center for Comparative Genomics to see how these long-living reptiles impact biodiversity as they populate new parts of the United States, Central America, and Caribbean.

“Right now, we’re looking at the edges of the red-eared slider’s native range in the southern-middle of the U.S.,” says Simison. “By studying where and how they hybridize, we’re able to get a clear picture—down to particular genes—of exactly what happens when previously isolated species begin to mix. It’s not always a good story for small native populations or local habitats.”

Speaking Out Against Pet Release

Despite the fact that hybridization is a natural part of evolution, Simison says the ever-expanding story of the red-eared slider carries a call-to-action for the general public.

“Please do not release your pet turtles,” implores Simison. “These pets are often purchased impulsively, without planning for the space and care they need to grow. When they are released in local ponds, they often spread diseases, eat native invertebrates, and compromise the genetic integrity of native sliders via inbreeding.”

The Academy continues to investigate the impacts of species invasions, but families everywhere can help protect local biodiversity by properly caring for (or re-homing) their pets. “Better yet,” says Simison, “think twice before supporting the exotic pet trade in the first place.”

0
View All Beyond Discovery
Sustaining Life

Our work doesn’t stop with discovering life on Earth—we’re also helping to sustain it.