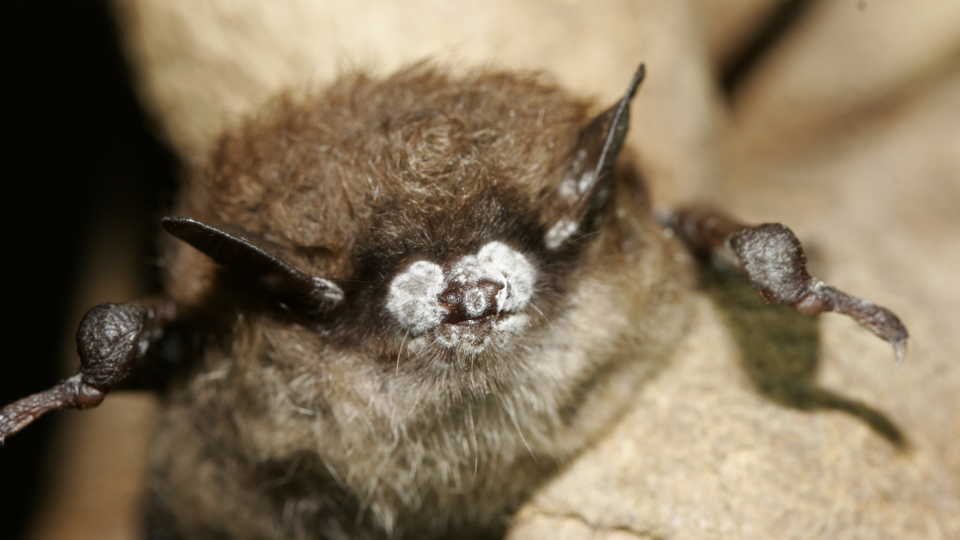 Put away your garlic and your wooden stakes: the greatest threat to North American bats today aren’t Dracula stereotypes but white-nose syndrome, a fuzzy fungus that appears on bats’ snouts and has killed millions of the flying mammals across the continent.

The appropriately named Pseudogymnoascus destructans fungus causes scarring and makes bats wake up frequently from their short hibernations. Kenneth Field of Bucknell University investigated their interrupted torpor by using next-generation sequencing techniques (described here in a previous Science Today article) to figure out if the fungus changed what DNA is expressed during hibernation. On its way to becoming a functioning protein, DNA makes an RNA copy that can move throughout the cell and be decoded. By comparing the RNA against an existing library, Field’s team determined that some of the normal immune response was disrupted in the presence of the fungus.

This is a big problem. When mammals hibernate, they rely on innate immunity (the passive kind, such as skin cells, versus adaptive immunity, which is specific to a virus or bacteria) and hypothermia to keep invaders at bay. With P. destructans in the system, the affected bats can’t keep out more deadly infections. Furthermore, when they keep waking up, they can’t conserve the energy they need for the winter.

Using such advanced genetic sequencing techniques to fight this infection shows a great resolve to protect North American bat populations. Certain species have been decimated to near extinction, in some cases losing over 90% of their population. While the fungus is spreading, we’re getting incrementally closer to understanding what about white-nose syndrome is actually killing millions of bats that are critical to maintaining balance in North America’s ecosystems.

The study is published today in the online journal PLoS Pathogens.

Image: US Fish and Wildlife