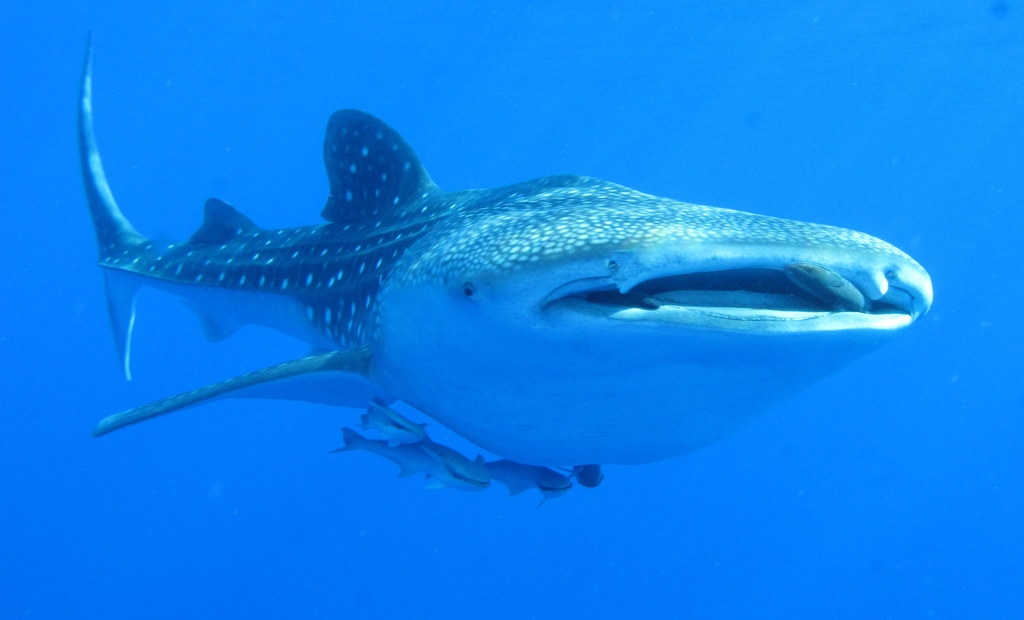 Whale sharks. The largest fish on the planet. Completely harmless. And severely threatened. Despite their size, little is known about their movement and behavior. Now, scientists are studying whales sharks in-depth to learn more about the fish in order to protect them.

A study published this week in the peer-reviewed journal PeerJ assesses the value of these mighty creatures to the economy of the Maldives. This tiny nation of many islands in the Indian Ocean hosts tourists from around the world, intrigued by its natural beauty and wonders.

The opportunity to glimpse a whale shark in the wild has brought about a burgeoning eco-tourism industry in the Maldives, and scientists from the Maldives Whale Shark Research Programme (MWSRP) wanted to quantify the fishes’ value—by counting the whale shark-watching tourists in boats near the islands.

“When we include the whale sharks from South Ari Atoll, we were able to adjust previous estimates of annual ‘shark related’ tourism expenditure in the Maldives from $12 million USD to nearly $20 million,” says Fernando Cagua, of the MWSRP.“There are still many mysteries about these whale sharks—we don’t know why they come here or for how long they stay—but bringing the money issue to the table is an important step towards ensuring their conservation.”

Two other recent studies look at whale shark migration. One, published last month in PLoS ONE, looks at whale sharks on the fringe—of their preferred habitat, that is. Whale sharks prefer tropical waters in the range of 26° to 30° Celsius (79° to 86° Fahrenheit), but studies demonstrate that this large filter-feeder also aggregates seasonally at highly productive coastal sites, sometimes at the edge of their preferred water temperature range.

Looking at whale shark sightings for a 16-year period, scientists found that the sharks were frequenting sites around the Azores, in the mid-North Atlantic, more often after 2008, likely due to rising sea surface temperatures. The authors suggest that the area may eventually become more important for the adult Atlantic whale shark population in face of climate change.

And where do juvenile whale sharks like to congregate? The mall? Instagram? The beach? How about the Red Sea? Another study in PLoS ONE tagged quite a few young sharks, tracking them for several months at a time over a two-year period.

“Interestingly, while some individuals that we tagged left the Red Sea and headed into the Indian Ocean, most remained relatively close to where they were tagged, suggesting that the area represents a critical juvenile habitat for this population,” says Simon Thorrold of Woods Hole Oceanographic Institution (WHOI), and one of the authors of the study.

Adult whale sharks were not seen at the site, which may serve as a “staging ground” for juveniles before they move on to regional aggregations of larger sharks. “While all other juvenile whale shark aggregations are dominated by males, we found a sex ratio of 1:1 at the site in the Red Sea,” Thorrold adds. “The presence of so many female juvenile sharks may be of considerable significance to the global whale shark populations.

“Eventually this work will tell us about where whales sharks are spending their time throughout their lives, where they’re feeding, where they’re breeding and where they’re giving birth,” says Thorrold. “Knowing where they go at different times of the year is critical to designing effective conservation strategies for the species.”