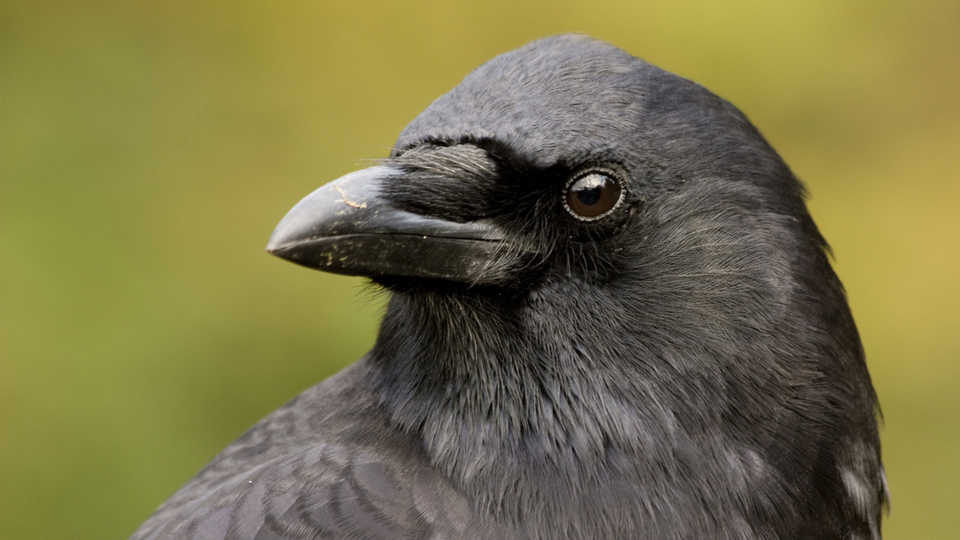 Today we kick off Science Today’s second annual Corvid Week, celebrating crows and ravens and their feathered kin. We’ve written in the past about their intelligence, tool-making, and more, but we thought we’d start this year’s event with a corvid primer, so we sat down with the Academy’s bird expert, Jack Dumbacher, to talk about all things Corvidae.

The corvid family includes more than just crows and ravens, encompassing jays, magpies, rooks, and birds of paradise, too. They inhabit every continent except Antarctica, and a 2004 publication determined that these birds originated in Australia long ago, spreading their wings and evolving (and conquering the world) from there. Today, most corvid species do not migrate, although a few do, including the rook and the American crow. There are more than 120 species of corvids, making it a very diverse family.

Crows and ravens are known for their spooky black coloration, lending themselves as a perfect symbol for witchcraft and Edgar Allen Poe poems. However, some species have white mixed in, such as the pied crow and hooded crow.

Ravens and crows can appear quite similar, so I asked Dumbacher for a few hints in telling the two apart. In North America, he says, the birds have very different calls. Crows have more of a caw, and ravens’ calls are more guttural (“nevermore”). Ravens are generally bigger than crows, but, as Dumbacher points out, that’s hard to see unless they’re right next to each other. Ravens have a more diamond-shaped tail, and crows’ tails are shorter and rounder at the end. One of the biggest keys to differentiating the two is the birds’ bills: ravens will often have some feather-covering over the top of the bill.

Ravens and crows do well around people, eating our trash, and succeeding in big cities. “We’re tending to see other birds decline in urban environments,” Dumbacher says, “but ravens are increasing.” Corvids are also excellent scavengers of other species, he explains, raiding their nests and eating the baby birds. “They have a big impact on other songbirds.”

It’s their intelligence that makes them so interesting to humans, Dumbacher says. “They are super smart animals, probably the smartest among birds.” They seem to “chatter” if you see them on a telephone wire. “It wasn’t just Poe hearing that,” says Dumbacher.

Want more on these birds? Stick around for more articles about these smart birds this week. And Dumbacher recommends two books about crows and our relationship with them, both by John Marzluff. “Not many birds have books like this written about them,” he points out, but their intelligence, size, “chatter,” and ability to thrive around humans make these a most extraordinary bird.