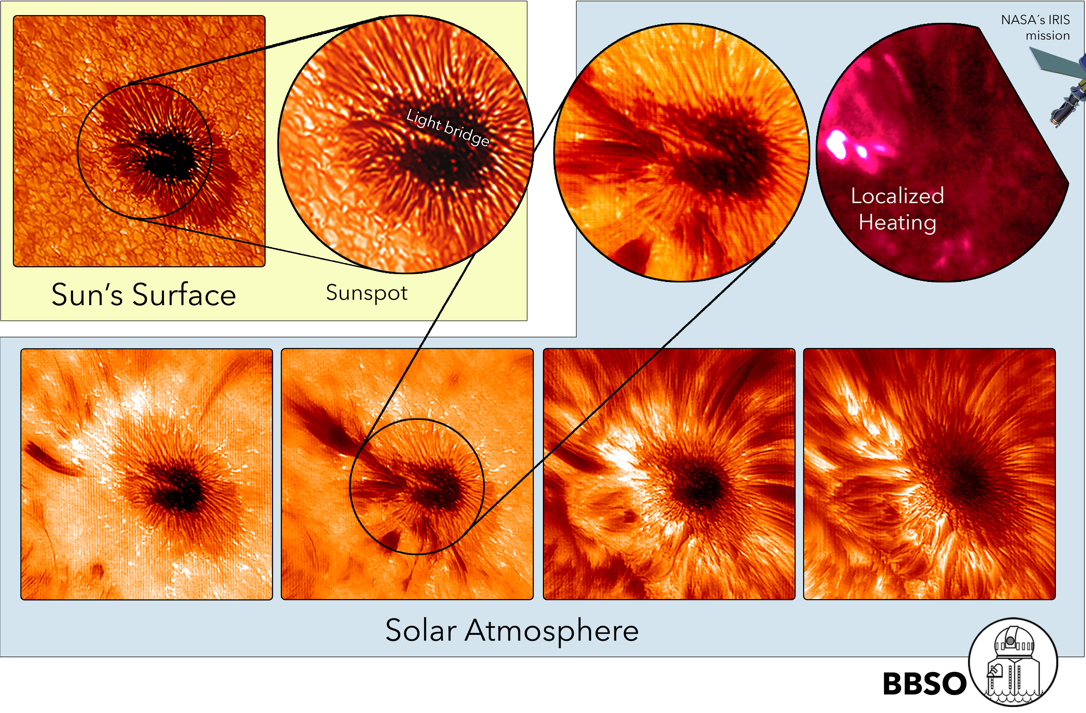 The third Thursday of every month, the Morrison Planetarium hosts “Universe Update” at the 6:30 planetarium show during NightLife. Normally, our director Ryan Wyatt selects his favorite astronomy stories from the past month, but while he was out traveling this month, the American Astronomical Society’s semiannual conference gave us plenty of stories to cover at Nightlife and here in Science Today.

We typically start here on Earth, giving our audience a sense of scale and perspective, then we travel through the Universe beginning in our own solar system, then traveling farther out.

Just last month, SpaceX (a private agency developing rockets and other technologies for NASA) announced its next generation spacecraft: the Dragon Version 2, a seven-person capsule to bring astronauts to a low Earth orbit, meaning the International Space Station. There are high hopes that this capsule will eventually go beyond Earth to the Moon or Mars, but it won’t launch until 2017 (and the Mars mission isn’t scheduled until 2026).

From low Earth orbit, let’s travel a bit farther afield to take a closer look at the Sun. Humans have been observing the Sun for over 400 years, and since Galileo, scientists have been watching dark spots on the surface of the Sun called sunspots, magnetic storms happening on the surface of the Sun. During these storms, high pressures at the center of the sunspot keep gas (relatively) cool, so it looks darker than the rest of the Sun’s surface. For the first time, the New Solar Telescope at the Big Bear Solar Observatory recorded the full life cycle of a sunspot, giving astronomers a new view of these mysterious storms. They have seen the structure of static-equilibrium between the plasma gas pressure and the magnetic fields in the sunspot. An atmospheric view of one particular sunspot revealed the fast-moving jets of plasma, dense plasma sheets, and very dynamic fibrils. The dynamics of this sunspot will give us a better understanding of what drives a sunspot and whether it can produce a solar storm that could be harmful to Earth.

Next on our journey, we encounter the fourth planet in our solar system: the red planet, Mars. Mars has many man-made objects on its surface and in orbit. Many of the satellites observed the Martian surface before we sent landers and the famous rovers: they’re the unsung heroes of our exploration of the planet. These satellites have also discovered over 400 new craters on the surface of Mars. Since scientists only review these images every few months, it can be difficult to reconstruct a precise timeline of when these events happen. However, two years ago, the Mars Reconnaissance Orbiter (MRO) observed a location near the equator for multiple Martian days in a row. With these observations, scientists were able to see nothing one day and then—bam, the largest fresh crater on Mars the next! Approximately 160 feet wide (or about half the size of a football field), the fresh scar has a few smaller craters surrounding it. For the first time, scientists can pinpoint a date range for a new crater: March 27 or 28, 2012.

As we fly to the outer solar system, we encounter my favorite planet, Saturn. Even though this planet is nine and a half times the diameter of Earth, our planets share some things in common. Like Earth, Saturn has a magnetic field that protects the planet from solar storms. When solar storms hit the planet, they populate the magnetotail (the stretched-out portion of the planet’s magnetic field that points away from the Sun) with a surplus of charged particles. When a strong storm hits Saturn, it can collapse the magnetotail and cause the charged particles to enter the atmosphere of the planet, causing a spectacular light show called an aurora.

To confirm this hypothesis, scientists observed the aurorae on Saturn with the Hubble Space Telescope. Thanks to Saturn’s stronger magnetic field, the aurorae do not show up in visible light, like the ones we see here on Earth; instead, they glow in ultraviolet light, which Hubble can see in with its Advanced Camera for Surveys. In their observations, from April and May this year, astronomers found the bursts of lights racing around the North and South poles of Saturn moving three times faster than the rotation of the gas giant! The motion of the aurorae related to the collapse of the magnetotail, just as scientist had suspected. These observations provided the “smoking gun” evidence for how aurorae develop on Saturn—and we suspect a similar process causes aurorae here on Earth.

Let’s travel even farther out to the demoted dwarf planet, Pluto. It travels very far out—the distance across Pluto’s orbit is about 10 light hours–equivalent to a good night’s sleep if you were a teenager. Many other members of the Kepler Belt share its orbital space—some of them are even bigger than Pluto. Or are they? A group of scientists observing Pluto’s atmosphere suggest that Pluto maybe a little bigger than initially thought, but still not big enough to join the planet club. It gives scientists new information just before they get up close and personal with the dwarf planet—New Horizons, launched in 2006, is scheduled to reach and explore Pluto and its large moon Charon, in 2015.

Over the last 20 years, scientists have looked beyond our solar system to find planets beyond our eight neighbors. We have detected almost 2,000 of these exoplanets, and scientists have found they fall into at least three categories: rocky planets like Earth, gas giants similar to Jupiter and Neptune, and newly-discovered “gas dwarfs.” Most of these exoplanets were discovered by the Kepler mission. Kepler finds planets by the transit method—looking for a dip in the brightness of the parent star as the planet passes in front of the star. Using this method you cannot tell the composition of the planet, but you can calculate its diameter. Using other telescopes and instruments, scientists can find the mass and density of the exoplanet. The density reveals whether it is a rocky planet, a gas dwarf, or gas giant.

In order to characterize a new type of planet—the aforementioned gas dwarf—researchers at the Harvard-Smithsonian Center for Astrophysics announced that they found a correlation between the metallicity of the parent star and the types of planets around the star. The more metals found in the parent star, the more likely it will have gas giants in orbit around it. A smaller percentage of metals gives you gas dwarfs, and even less, like the metallicity of our sun, results in rocky planets. A single system may harbor a combination of planets, and scientists are still figuring out how these planets form, but at least we now have categories to sort them.

What will we find next? Stay tuned…

Jacqueline Benitez is a presenter in the Morrison Planetarium. She is also an observational astronomer, and is often found using telescopes on the Academy's roof to further public education about the night sky.