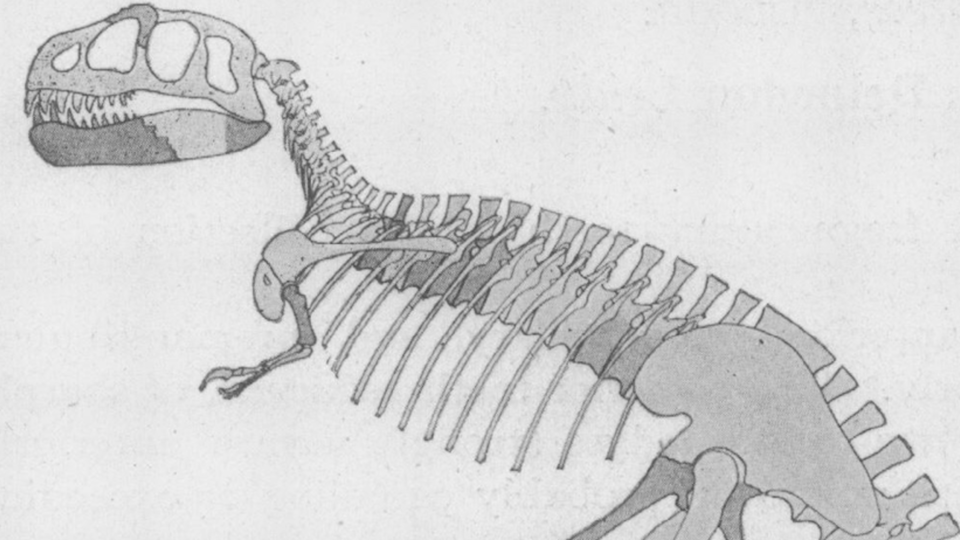 It’s all in the wrist

How did arms become wings during the evolutionary transition from dinosaurs to birds? Especially the short little useless arms of Tyrannosaurus rex?

A new study published today in PLoS Biology answers the first question and says it’s all about the wrists. Chilean researchers wanted to know how changes in wrist bones transformed from straight to bent and hyperflexible in the appendage, allowing birds to the ability to produce force on the downstroke and tension on the upstroke, as well as to fold their wings neatly against their bodies when not flying. They focused on determining how the nine wrist bones in dinosaur lineages became the four found in present-day birds.

In the past, researchers had studied the two (dinosaur fossils and bird embryos) separately but not together. The Chilean scientists examined fossils of both, each stored at several museum collections, and also gathered new developmental data from the embryos of seven different species of modern birds.

These researchers’ new techniques provide some exciting results. First, they discovered that the semilunate bone (a half-moon shaped wrist bone) in birds was formed by the fusion of the two dinosaur bones. Another bone called the pisiform was lost in bird-like dinosaurs, but then re-acquired in the early evolution of birds, probably as an adaptation for flight. And the other two bird wrist bones were commonly misidentified in both fields and the team has settled on a new identity for each. Voilà! C’est un oiseau.

Forget Ebola. A new study in Nature Communications starts this way: Streptococcus pneumoniae (the pneumococcus) is the world’s foremost bacterial pathogen in both morbidity and mortality.

The bacteria causes serious infections, such as pneumonia and bacterial meningitis (for the full list click here), especially in children and immunocompromised people. But oddly enough, in general, pneumococci are common, harmless inhabitants of our nose and throat. So how do they make the transformation from benign to deadly?

In the new study, an international team of researchers show that the culprit behind this Jekyll-and-Hyde behavior is a cluster of genes that frequently undergoes random rearrangements, resulting in any of six alternative states, and each state determines the virulence and other properties of the bacteria.

Could we be close to saying goodbye to bad pneumococcus? The scientists say that further research is required to explore the mechanism underlying the random gene shuffling and to determine whether similar processes are involved in gene regulation in other bacteria.