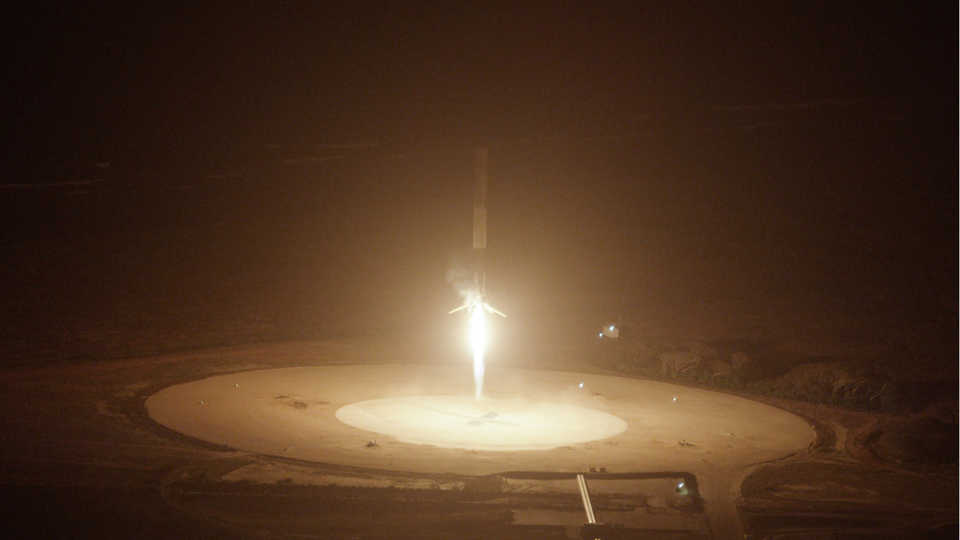 Just a few weeks ago, we told you about the Blue Origin flight that went to the edge of space and successfully landed the first stage of their rocket in a Vertical Takeoff/Vertical Landing (VTVL) maneuver. In that same article, we pointed out that going to the edge of space (the Karman Line) is not the same as an orbital flight that reaches Low Earth Orbit, approximately 100 to 500 miles off the surface of Earth. For years, SpaceX, a private aerospace company run by PayPal co-founder and Tesla CEO Elon Musk has been chasing the dream of a reusable VTVL rocket for orbital flights.

Now, just three weeks after Blue Origin made history, SpaceX has finally reached that milestone. On December 21, 2015, the first stage of a Falcon 9 rocket successfully landed at Cape Canaveral, to the cheers of hundreds of SpaceX employees and spaceflight enthusiasts around the world. Watch the video here.

This was the 20th flight of the Falcon 9, which has been delivering satellites to orbit and cargo to the International Space Station (ISS) since 2012. An early test of a “soft landing” in the Pacific Ocean in 2014 was successful, but the rocket broke apart in heavy waves and couldn’t be recovered. In January 2015, SpaceX attempted to land first stage boosters on an unmanned barge in the ocean. The first attempt came in at too steep of an angle and exploded. On the second try, waves were too high and the drone ship was recalled prior to launch, although the rocket completed a “soft landing” that seemed like it would have been successful on a ship in calmer waters. A third test in April tipped over after touchdown.

The biggest setback came in June, when a rocket exploded during its ascent and was unable to deliver its cargo to the ISS as intended. While this was a highly visible loss that seemed devastating to the wider world, Musk pointed out that “this is the first time we’ve had a failure in seven years.” SpaceX suspended further tests and launches for the summer and fall as they went back to the drawing board to perfect their design.

It seems like it’s paid off. Now that they’ve had a successful recovery, SpaceX estimates the cost of a rocket launch will drop from $50 million down to $5 million, a savings that will be felt by the company as well its customers. Given the new, over-what-was-asked budget that NASA received from Congress, this is great news for the future of spaceflight.