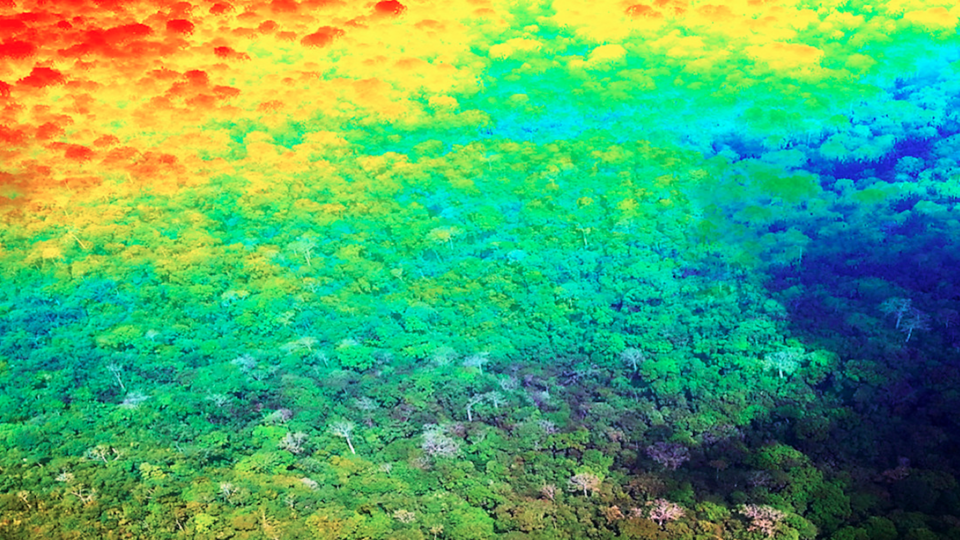 How can new technology help monitor ecosystems and wildlife? Here we offer new ideas, with some already being implemented—from satellites, to drones, to high-resolution mapping—to help save the environment.

A study published last week in Conservation Biology outlines ten ways in which satellites can contribute to biodiversity conservation. “Remote sensing data from orbiting satellites have been used to measure, understand, and predict environmental changes since the 1970s, but technology that subsequently became available can now be applied much more widely on a whole range of conservation issues,” says Robert Rose, of the Wildlife Conservation Society and the lead author of the study. “To that end, we sought out the top thought leaders in conservation and the remote sensing community to identify the best conservation applications of these data.”

The applications include looking at species distribution (where they live), abundances, movements, and life stages; regarding ecosystems as a whole—their processes and services; monitoring climate change, gauging protected areas; measuring agriculture and changes in land-use; and looking for habitat degradation.

But the work doesn’t end with the study: the authors have started a network to see these initiatives through.

Unmanned aerial vehicles (also known as UAVs or drones) are used for more than just military and personal reasons these days, they are also excellent conservation tools. National Geographic also prepared a list last week: five ways in which drones can save wildlife. Like remote sensing, drones can count wildlife populations and survey habitats, and, because they can get much closer than satellites, they can also patrol for potential wildlife crime (think poaching), check for animal health, and monitor protected areas for invasive species or for fences in need of repair. Head over to the article—it provides real-use examples of these drones already in action.

On a related note, in this year’s iGem competition, the Stanford-Brown-Spelman team won a gold medal for their proposal of a biodegradable drone (created using synthetic biology) to help monitor the environment.

Earlier this month, Carnegie’s Greg Asner and his colleagues published a paper in the Proceedings of the National Academy of Sciences on a new high-resolution approach for prioritizing carbon conservation efforts throughout tropical countries. Using advanced three-dimensional forest mapping data provided by an airplane—the Carnegie Airborne Observatory (CAO)—integrated with satellite imaging data, the team was able to create a relatively low-cost map of carbon density throughout the 128 million hectare (320 million acre) country of Peru, at a resolution of one hectare (2.5 acres).

“We found that nearly a billion metric tons of above-ground carbon stocks in Peru are at imminent risk for emission into the atmosphere due to land uses such as fossil fuel oil exploration, cattle ranching, oil palm plantations and gold mining,” Asner says. “The good news is that our high-resolution mapping was able to identify three strategies for offsetting these upcoming emissions.”

The team determined that there are opportunities to establish additional protected areas in some lowland Amazonian regions of Peru, where they found very high carbon densities, as well as in the so-called sub-montane region, which exists between the lowland Amazonian and Andean highland regions. The team also asserted that there are further opportunities for offsetting future emissions by improving enforcement in areas that are already designated for protection of carbon stocks.

And what the team performed in Peru can be duplicated, the authors say. The low cost of conducting their project means that the same approach can be rapidly implemented in any tropical country.

And you can use technology to help monitor the environment, too. Download the Academy’s partner iNaturalist app for your smart phone to record wildlife on hikes, in your neighborhood, or your own backyard. You don't even have to know what it is you're taking a picture of—once it's uploaded to iNaturalist, the community there helps to identify the animal. And once it's identified, it becomes a valuable data point that can help answer pressing questions about biodiversity. By using iNaturalist in your everyday life, not only can you share your observations of nature and learn more about the species around you, you are also contributing to science.

And for even more about the intersection of technology and nature, check out this video.