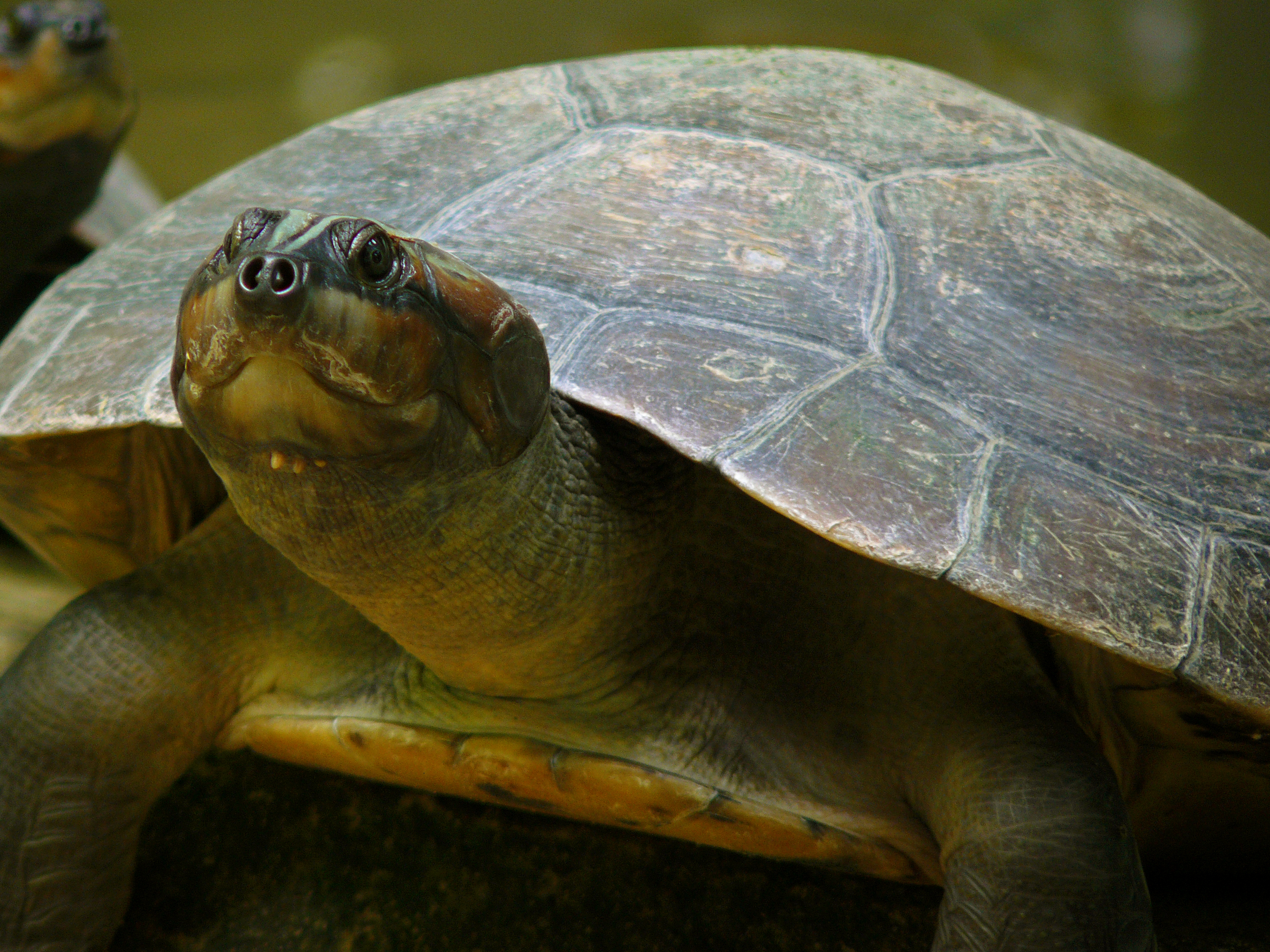 Giant South American river turtles (Podocnemis expansa) are very social creatures. They aggregate in huge numbers during the nesting season, leaving the Amazonian flooded forest and migrating en masse to nesting beaches where they wait for their eggs to hatch. When the brood emerges, all of the turtles—adult and babies together—return to the flooded forest.

Scientists wondered how the turtles coordinate this behavior. Phases of the moon? Air or water temperatures? Chemical cues? Or something else? What about chit-chat? These turtles make sounds—could these provide vocal cues to the group and individuals?

Working on the Rio Trombetas between 2009 and 2011, a team of researchers captured 270 individual sounds during 220 hours of recording, captured with microphones and with hydrophones when the turtles were swimming through the river. The scientists then conducted spectrographic analyses—developed by the Cornell Lab of Ornithology—on the recordings, which the team subdivided into six different types of vocalization.

The highest diversity of sounds are used by females about to nest; the researchers theorize that the animals use these sounds to decide on a specific nesting site and to synchronize their movements, since the turtles leave the water in a single-file procession.

The hatchling turtles themselves make sounds before they hatch and continue to do so as they clamber out of the nest chamber on the river beach. The sounds, the authors speculate, may stimulate group hatching. The females, in turn, vocalize in response to the nestling calls, perhaps guiding the nestlings into the water. These interactions are the first recorded instance of parental care in turtles.

“These distinctive sounds made by turtles give us unique insights into their behavior, although we don’t know what the sounds mean,” says Camila Ferrara, Aquatic Turtle Specialist for the Wildlife Conservation Society (WCS). “The social behaviors of these reptiles are much more complex than previously thought.”

Researchers hope that understanding these behaviors can help protect these turtles. The species is only found in the Amazon River basin and is now threatened by unregulated consumption of the turtles’ meat and eggs.

The study is published in the journal Herpetologica.