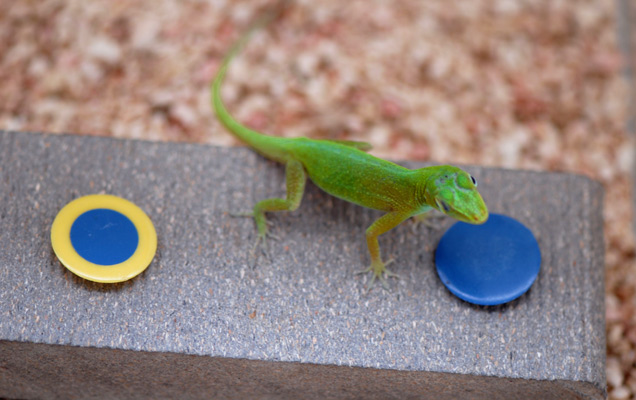 Two new studies shed light on the sheer awesomeness of lizards and newts.

Newts have the amazing ability to regenerate limbs and more, according to Ed Yong in his Discover blog:

They can regenerate parts of their tails, jaws, ears, hearts, spines, eyes and brains.

Very cool, right? But wait there’s more. A new study, published this week in Nature Communciations finds that the newts can do this at any age and over and over and over again, regenerating the exact same body part.

Researchers from Ohio and Japan removed the eye lenses from six Japanese newts (Cynops pyrrhogaster) a total of 18 times each over a 16-year period. And each time an identical eye lens grew back. In addition, reports New Scientist:

By the end of the study the newts were 30 years old, five years older than their average lifespan in the wild. Even so, the regenerated lenses from the last two excisions were indistinguishable from lenses of 14-year-old adults that had never regenerated a lens.

Could this finding have an impact on human health? Ed Yong is doubtful:

Scientists have studied amphibian regeneration for 200 years, with no discernible impact on medicine yet.

While lizards lack the skills for regeneration, they possess excellent problem–solving abilities, according to a Duke University study published this week.

The researchers used an intelligence test usually reserved for birds. They tested anoles from Puerto Rico (Anolis evermanni) using a wooden block with two wells: one empty and the other holding a worm covered by a cap. Four lizards, two male and two female, passed the test by either biting the cap or bumping it out of the way.

The lizards solved the problem in three fewer attempts than birds need to flip the correct cap and pass the test—birds usually get up to six chances a day, but lizards only get one chance per day because they eat less. In other words, if a lizard makes a mistake, it has to remember how to correct it for a full 24 hours. The results were published online in Biology Letters.

This is not the first study demonstrating lizards’ braininess, writes Science News:

[Georgia State’s Walter] Wilczynski’s lab has demonstrated that whiptail lizards can learn and unlearn tasks, and researchers led by Gordon Burghardt of the University of Tennessee at Knoxville have described monitor lizards learning how to get food out of a lab device…