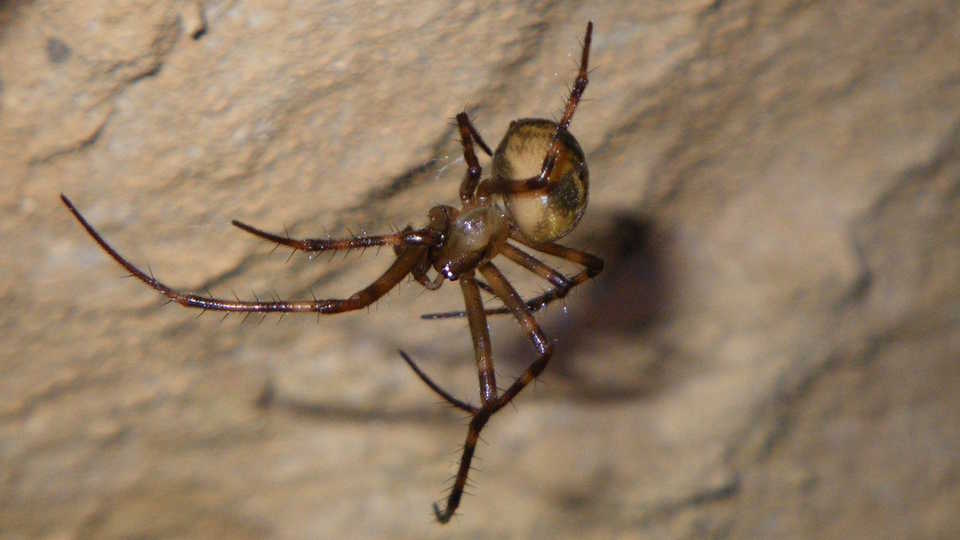 For many scientists, spiders are more than just the creepy things living in and around your house: they are fascinating predators, with remarkable diversity, incredible silk-producing technologies, and web-spinning abilities. And for a select few specialists, such as the Academy’s Charles Griswold, they are a life’s work. Spider evolution “has been a focus of my whole 40-year career,” he says.

In those 40 years, he’s seen the technology to understand spider evolution improve, and the costs come down. So it’s no surprise that he was a co-author of a recent study that reexamined the spider web, or tree, of life.

The study looked at transcriptomes of 70 different species of living spiders. Transcriptomes are “all of the proteins encoded by messenger RNA,” according to Griswold, or as Dan Brady explained it here, “On its way to becoming a functioning protein, DNA makes an RNA copy that can move throughout the cell and be decoded.” Using these next generation sequencing technologies, Griswold’s colleagues generated a genomic dataset composed of nearly 3,400 genes not only to update spider phylogeny (i.e., the arachnids’ tree of life), but also to answer many interesting questions in spider evolution, Griswold says. “What is the basic web type? How have spiders survived mass extinctions? What are some key innovations?”

The results provided answers on both aerial, orb-weaving spiders and ground-dwelling species. It had been thought that orb weavers were the key to diversification in spiders, but the new study demonstrates that’s not the case. “The orb web, the beautiful wheel-shaped web, is really ancient, and many descendents of orb builders make different webs or no webs at all,” Griswold explains. “Orbs may be the pinnacle of beauty, but not of evolution.” In fact, he had hints of this for decades. “Way back in the last century (1998), I wrote that the orb web was not so much an ‘evolutionary summit… as a base camp,’ and this study furthers that conclusion.” In fact, one of the cave-dwelling families he studies factors largely in the new tree. “Our Leptonetid spiders are the nearest living relatives of the biggest evolutionary group of modern spiders. Leaving the web behind for a running lifestyle has been a huge success, leading to an accelerated rate of evolution leading to some of our favorite spiders like the jumping spiders and wolf spiders.” The study determined that losing the aerial orb web in favor of hunting on the ground coincided with a tremendous burst of speciation in spiders.

And the reweaving of the spider tree of life continues. “While this paper is clearly at the cutting edge of spider phylogenomics, we still have a long way to go before the case is closed on the origin of the orb web,” says senior author Jason Bond of Auburn University. The team has plans to expand the study to over 800 spider species using a much more efficient targeted set of genes that are distributed across the spider genome.

“In a few years,” Griswold says, “we should have a phylogeny of hundreds of species by thousands of genes. I think that we are really glimpsing to outline of spider evolution over the 350 million years that these animals have been on Earth, and I am grateful to have lived long enough to see this.”