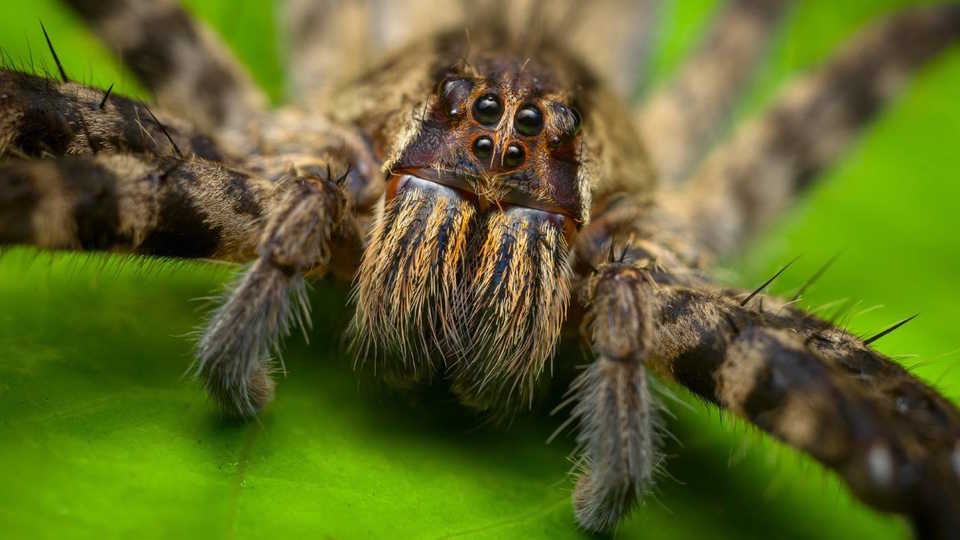 The animal kingdom has given human inventors ideas for centuries. Birds helped us dream up airplanes. Sharkskin inspired a swimsuit. Plants have given us staples such as velcro and aspirin. The list is long—and this week, it just got a little longer, as materials scientists looked to spider legs to create “mechanosensors” capable of detecting sound, pressure, and stress.

Spiders have tiny slits near their spider-toes that help them navigate their small-scale surroundings. As sound vibrations hit these organs, the slits change shape, expanding and contracting. Nerves then translate these contractions into useful signals for the spider-brain.

Scientists found they could do the same thing when they coated 10 micrometers (thinner than a human hair, a standard point of reference in measurements) of plastic with minutely cracked platinum, just like the openings on a spider’s leg. In place of the nerves, they set up an electrical current, and measured the tiny changes in voltage as sound waves altered the sizes of the cracks.

Taping one of their small sensors to a human’s neck, they found it to be a better microphone than, well, a microphone! Speech recognition worked as well as always, but even better in a busy room, where their spider-inspired sensor cut through the noise and operated almost as if there were no competing sounds. On a violin, the sensor accurately picked up notes of Elgar’s Salut D’amour. Who knew scientific research could be so relaxing?

But these intrepid researchers didn’t stop with sound. The devices measured heart rates from the wrist. The cracks measured changes in flow as water drops passed over them. And working together in an eight by eight array, these sensors could even detect the flapping of ladybug wings overhead.

It’s clear that a small, simple device has a lot of uses. Will it be in your next cell phone? Smart watch? Household insect landing pad? Keep your spider sense tingling.