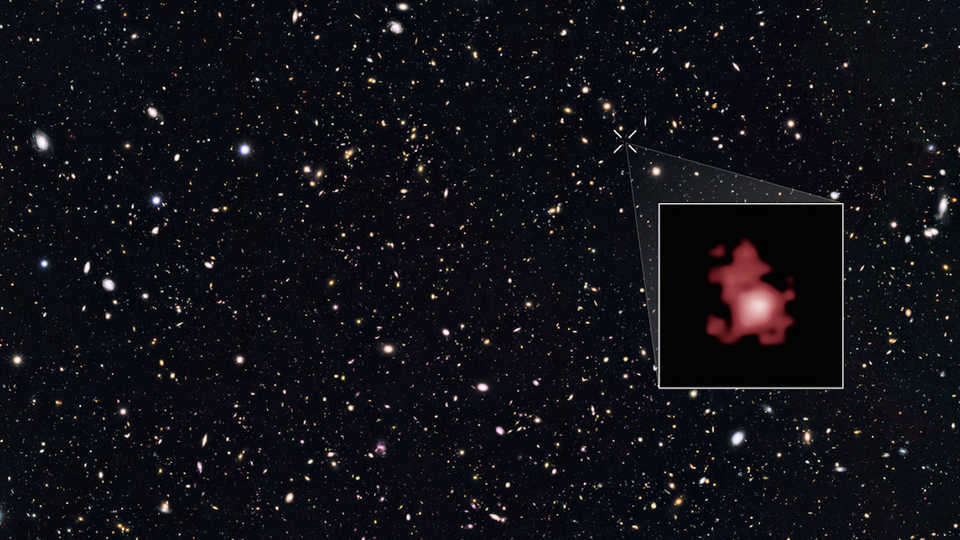 On Friday, March 4, Space Exploration Technologies (SpaceX) finally succeeded in its fourth attempt at launching the SES-9 communications satellite—an effort that had repeatedly been thwarted since the initial launch date of February 24. Lifting off from Space Launch Complex 40 at Cape Canaveral, SpaceX’s upgraded Falcon 9 rocket carried the 11,000-pound (5,300-kilogram) commercial communications satellite into a geostationary orbit, 22,236 miles (35,786 kilometers) above Earth, from which it will serve Southeast Asia.

The secondary goal of the launch was to attempt yet another recovery of the used first stage booster by making a controlled re-entry into the atmosphere and guiding it to the landing zone for a hopefully-gentle touchdown on the deck of an Autonomous Spaceport Drone Ship. SpaceX has two such remote-controlled vessels, each about a third the size of a football field. One, based out of the West Coast is named “Just Read the Instructions” and serves launches from Vandenberg Air Force Base in California. The other, covering launches from Florida, is named “Of Course I Still Love You” (both names having been borrowed from a science fiction novel by Iain M. Banks). This was OCISLY’s second mission, having been left in the lurch during its first when the Falcon rocket exploded shortly after liftoff in 2015.

Because the geostationary orbit is much higher than the low Earth orbit usually targeted for supply missions to the International Space Station, the Falcon rocket had to travel faster and higher, leaving less fuel for the landing and making the attempt that much more difficult. SpaceX founder and CEO Elon Musk had already said he was not expecting the attempt to be successful. A video camera on the deck of the drone ship was set to live-feed the landing, expected to take place about nine minutes after launch, but with Internet connections what they are out at sea, the feed from the drone ship cut out just as the glow from the descending first stage began to illuminate the deck, so we’ll have to wait for recorded footage from other cameras to be released. A later “tweet” from Musk confirmed that the attempt was unsuccessful.

So far, SpaceX has accomplished a successful landing only once in five tries, the unsuccessful attempts ending with some last-second mishap that led to what Musk euphemistically referred to as a “rapid unscheduled disassembly” (i.e., they blew up). SpaceX’s one successful landing so far was a pinpoint touchdown on dry land at Vandenberg Air Force Base in California on December 21, 2015. –Bing Quock

Too Close for Comfort?

Predictions of an asteroid appearance can be tricky. Sometime between March 6-10, asteroid 2013 TX68 will fly past Earth—that much is certain, but because its precise trajectory isn’t known, astronomers can only predict is that its closest approach will range anywhere from as far as nine million miles (14 million kilometers) to as close as 11,000 miles (17,000 kilometers).

The Catalina Sky Survey discovered 2013 TX68 a little over two years ago, when the asteroid passed 1.3 million miles (two million kilometers) from Earth. During that encounter, scientists could only track it for a short distance and gather limited data, thus the uncertainty of the orbit. Rest assured, however—even though the closer limit of its approach is within the orbital distance of geostationary satellites, NASA says that’s as close as it’ll get, so there’s no chance of a collision. Current observations suggest a pass about three million miles (five million kilometers) away. Nonetheless, if the asteroid zips by at the closer end of its range, amateur astronomers may have a chance to spot it.

2013 TX68 is about 100 feet (30 meters) across—about half again as big as the asteroid that exploded over Chelyabinsk, Russia, in February 2013. Although only a small fragment of that object hit the ground, it created a shockwave that knocked people over and shattered windows, sending more than 1,000 people to hospitals, mostly due to injuries from flying glass.

The possibility of human injury directly resulting from a meteoroid impact is extremely small, but it has happened in the past. In 1954, an Alabama woman napping on her couch was struck by a nine-pound meteorite after it crashed through the roof of her house and ricocheted off a piece of furniture, bruising her. In 1992, a boy was struck on the head by a three-gram fragment of a meteoroid that exploded over Mbale, Uganda. The tiny meteorite was further slowed by the leaves of a tree under which the boy was standing, and he was uninjured.

Just last month, reports from India claimed that a bus driver was killed by a meteorite impact, but investigators from NASA and other agencies remain skeptical, saying that the visual evidence at the site is not consistent with the known characteristics of meteorite falls. If it ends up being confirmed, this would be the first known instance of a human fatality from a meteoroid strike. For the most part, this is not something your average citizen needs to worry about.

That being said, there is always the chance that a visitor from space could sneak up on us and pose a real threat. Currently, NASA tracks a little over 13,000 Near Earth Objects (or “NEOs”), with the probability that there are many, many more. Most of these will breeze past us with room to spare, such as 2016 DV1, a 144-foot (44-meter) rock that passed by harmlessly on March 3. Others will airburst harmlessly over the ocean, such as the 20-foot (six-meter) rock that exploded over the Atlantic on February 2. Still, as we learned in 2013, these airbursts can cause indirect damage to humans and our cities if they happen in the wrong place.

No matter how close 2013 TX68 passes by us, one thing is certain… A great planetarium show about asteroids, comets, and the hard-hitting stories of our cosmic origins is as nearby as the California Academy of Sciences! Narrated by George Takei and produced at the Academy, Incoming! opens Friday, 11 March, in Morrison Planetarium. –Bing Quock and Colin Elliott

While most of the attention regarding the exploration of Mars surrounds NASA’s Mars Science Laboratory (named “Curiosity” by Clara Ma, who was in the sixth grade at the time) and to a lesser extent ESA’s Mars Express orbiter, India’s humble Mars Orbiter Mission, also known as Mangalyaan (or, affectionately, MOM) has been circling the Red Planet since September 2014 and is still functioning, which is not bad for that nation’s very first interplanetary spacecraft. Now, MOM’s first science results have been reported in Geophysical Research Letters, a journal of the American Geophysical Union.

After a year conducting its primary photographic mission, studying the morphology, topography, and mineralogy of the surface, controllers lowered the spacecraft’s periapsis (or closest approach to Mars) from its normal 310 miles (500 kilometers) to 160 miles (260 kilometers), dipping into the martian upper atmosphere. With an instrument called the Mars Exospheric Neutral Composition Analyser (MENCA), Indian scientists measured the profiles of the major constituent gases, including oxygen and carbon dioxide. Data gathered with this device will help researchers understand the atmospheric composition and the rate at which the atmosphere is being lost to space.

ISRO has announced plans for a heavier follow-up mission, Mangalyaan 2, which will include a lander/rover combination, to be launched in the 2018–20 timeframe. –Bing Quock

Last week I wrote about the potential origins of a fast radio burst (FRB) detected from some six billion light years away. But this week I’m here to tell you that origin may not be correct and another group of researchers have discovered new FRBs, casting even more doubt on that first finding. (I don’t learn, do I? I should have picked the Scott Kelly return story this week.)

Here’s the gist of it, in case you weren’t keeping up… After the paper was published in Nature last week, a group of researchers from the Harvard–Smithsonian Center for Astrophysics published a quick report refuting the study’s claim. They then used telescope time over the weekend to further disprove that the FRB detected last April was indeed linked to an elliptical galaxy billions of light years away.

On the heels of that mess, a new study was published in Nature this week on a set of repeating FRBs detected by the Arecibo radio telescope in Puerto Rico in 2012 and May and June of 2015. Prior to this discovery, all previously detected FRBs—including the one reported last week—have appeared to be one-off events. Because of that, most theories about the origin of these mysterious pulses have involved cataclysmic incidents that destroy their source—a star exploding in a supernova, for example, or a neutron star collapsing into a black hole. The new finding, however, shows that at least some FRBs have other origins.

This new finding suggests that these bursts must have come from a very exotic object, such as a rotating neutron star that enables the emission of extremely bright pulses, the researchers say. It is also possible that the finding represents the first discovery of a sub-class of the cosmic FRB population. “Not only did these bursts repeat, but their brightness and spectra also differ from those of other FRBs,” notes lead author Laura Spitler, of the Max Planck Institute.

So which origin story is correct for FRBs? More research is needed, according to co-author Victoria Kaspi of McGill University. “The apparent conflict between the studies could be resolved if it turns out that there are at least two kinds of FRB sources.” –Molly Michelson

There’s always a record holder for the most distant galaxy. Basically, you know, by definition. And since astronomers keep discovering more and more distant objects, there’s always a headline to be had when a new record holder is discovered—just like our “Most Distant Galaxy?” Science Today article from 2012.

So, aside from an easy, attention-grabbing headline, why should we prick up our ears at the latest announcement from the Hubble Space Telescope, “Hubble breaks cosmic distance record”?

Well, first off, the result pushed Hubble well past its previous limits. Executing this kind of observation is part of the rationale behind the James Webb Space Telescope (JWST), due to launch in 2018. As I described in a JWST update from a couple years ago, the future mission is designed to observe (among other things) faint, distant objects from the end of the so-called cosmological “dark ages,” when the Universe began to light up with stars and galaxies. (As a reminder, looking out into space means looking back in time, since light travels at a finite speed. Thus, at these tremendous distances, the farther away an object, the earlier it formed in the history of the Universe.) So Hubble just stole a teeny bit of JWST’s thunder.

Beyond the technical achievement, however, this observation provides a deeper glimpse into the end of those aforementioned dark ages. The newfound galaxy, GN-z11, dates to an epoch about 400 million years after the Big Bang, shortly after the first stars likely began to form. Astronomers estimate that the galaxy is about 25 times smaller than our home Milky Way Galaxy, with only about 1% of the Milky Way’s mass in stars. But the li’l guy is growing fast! It’s forming stars about 20 times faster than the Milky Way does today.

(You can watch a zoom into the starfield where GN-z11 was observed, revealing a fuzzy blob only an astronomer could love—covering a miniscule patch of sky near the Big Dipper.)

That’s a lot of numbers, but what it means is that Hubble has observed a tiny, ancient galaxy that’s forming stars like crazy! And presumably, many other similar objects that Hubble has observed (but hasn’t measured the distances to) are doing something similar. JWST will tease out many more answers about these early luminaries, but in the two-plus years till its launch, Hubble has a lot of work it can do to study similar questions. –Ryan Wyatt