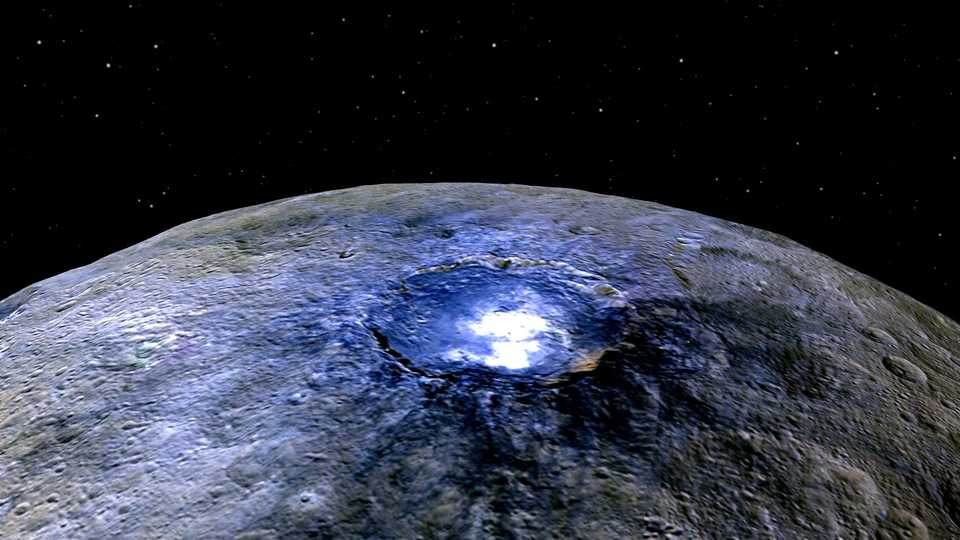 A new era of the Space Age has begun: private industry is starting to play a leading role in travel beyond our planet. On November 23, 2015, Blue Origin—a private aerospace developer led by Amazon CEO Jeff Bezos—successfully achieved Vertical Takeoff and Vertical Landing (VTVL) with their New Shepard rocket system. VTVL has long been the staple of science-fiction dreams of interplanetary and interstellar travel.

So what’s the big deal? Currently, first-stage rockets are single-use, launching their payload and then being discarded. New rockets must be built for every mission, which requires huge amounts of money, time, and resources. A reusable rocket system that lands the same way it is launched could cut the cost of space travel to one-tenth of the current expense.

It’s important to note that New Shepard is a suborbital spacecraft, meaning it goes only to the edge of space, the Karman Line at 62 miles (100 kilometers) above Earth’s surface. There, a small manned capsule full of space tourists would detach from the launch vehicle and slowly drift back to the ground beneath a parachute. The total trip takes about 10 minutes.

This stands in stark contrast to orbital missions such as those planning to resupply the International Space Station (ISS). These missions must go farther and faster, and a reusable orbital rocket is still on the horizon. SpaceX, another private aerospace company, has been chasing this dream with their Falcon 9R rockets, but they’ve put field tests on hold after an explosion in June led to the loss of cargo meant for astronauts on the ISS.

Yet another group, Orbital ATK, bounced back from an explosion of their own Antares rocket on the launch pad in October of last year. On Sunday, riding aboard an Atlas V rocket, supplied by United Launch Alliance, Orbital’s Cygnus capsule delivered food and cargo to the ISS, the first successful resupply since April of this year.

In other words, lots of private companies are getting into the space business. We’re seeing setbacks, as we do with any fledgling industry, but milestones such as Blue Origins’ VTVL flight tell us that the future of spaceflight may not rest solely in the hands of government agencies. –Colin Elliott

The Most Reliable Meteor Shower of the Year… But for How Much Longer?

Are you ready for the Geminids? Every year in December, Earth passes through the dusty orbit of the asteroid 3200 Phaethon (thought to be an extinct comet), resulting in a meteor shower. Named after the constellation Gemini the Twins, from which meteors appear to radiate, this shower typically averages about 80 meteors per hour under ideal conditions, making it one of the best and most reliable showers of any year. But the Geminids aren’t quite as well known as their warm-weather cousins, the Perseids, which peak in August, because fewer people are willing to brave a cold winter night, patiently waiting outside for meteors to flash overhead. However, since this year’s peak occurs on the morning of the 14th—several days after new Moon—the light of the waxing lunar crescent won’t interfere, because it sets early in the evening. This is when observers might be able to glimpse “Earthgrazers,” which are slow-moving fireballs skipping tangentially across the top of Earth’s atmosphere, leaving long trails behind them as they skip back out into space, avoiding the fiery end that befalls most Earthbound meteoroids. This occurs when the Geminid shower’s radiant is on the horizon, right when the Moon sets on the night of the 13th.

The shower actively began as early as December 6. At that time, the hourly rate of meteors seen may be only one or two, but the rate increases during the following week, and numbers peak on the night of December 13 through 14 (late-night on the 13th and into the early morning hours of the 14th). Peak intensity lasts for about a day, and after that the number of meteors gradually decreases until about December 18, when Earth has exited the dust trail.

Although the Geminids are known as a strong shower, how long will that reputation last? In 1947, Czech astronomer Miroslav Plavec determined that the point of intersection between the Geminid dust stream and the plane of the Solar System has been moving. He found that in 1700, they crossed about 12 million miles inside Earth’s orbit. By 1900, that point had shifted about 10 million miles closer to Earth. Extrapolating forward, he predicted that in 2100, the point of intersection would be 10 million miles beyond Earth’s orbit. Observations of meteor rates during the shower seem to bear this out—when astronomers first estimated the shower’s strength in 1877, they came up with a rate of about 14 per hour. In 1892, the number was twice that. Rates increased through the 20th Century, reaching 50 in the 1930s, 60 in the 1940s and 1950s, and 80 in the 1970s. If Plavec’s prediction holds, astronomers should start noticing a decline in peak numbers as the 21st Century progresses, and at some point, Earth will no longer contact the stream and the Geminid meteors will no longer be seen.

For tips on how to observe a meteor shower, watch our video!

The American Meteor Society has a meteor-counting app for smartphones here and a meteor-watcher’s calendar here. –Bing Quock

The dwarf planet Ceres’ bright white spots have captured the interest of scientists and space enthusiasts alike since they were first imaged by NASA’s Dawn mission in March this year. Explanations for the almost unnaturally bright light reflections abounded—ranging from ices, to salts, to (somewhat less scientifically) alien cities. Over the past few months, as Dawn slowly moved into orbits closer to the surface, views of the spots have been increasingly resolved, changing our view from two bright blobs to a complex, shining network within craters. And, according to a study published this week in Nature, the resolution and spectrography has finally gotten close/good enough that a likely culprit for the bright spots has been identified—a mix of salts and some water ice.

The compounds detected are consistent with hydrated magnesium sulfates mixed with dark background material (a different type of magnesium sulfate is more familiar here on Earth—Epsom salt). Images from Dawn's framing camera suggest that patches of salt-rich areas are probably part of a briny ice sheet located somewhere beneath Ceres’ surface and were left behind when water-ice sublimated in the past. Impacts from later asteroids would have unearthed the mixture of ice and salt.

"The global nature of Ceres’ bright spots suggests that this world has a subsurface layer that contains briny water-ice," said lead author Andreas Nathues of the Max Planck Institute for Solar System Research.

The brightest spots, which reflect about 50 percent of the sunlight they receive, are found in the 60 mile diameter Occator crater. Both it and the smaller Oxo craters are some of the youngest features on Ceres (only 78 million years old) and host evidence of an afternoon haze over their bright spots—a phenomenon that’s been witnessed over comets, but never over a rocky, asteroid-like body.

But scientists still aren’t sure exactly how the salts, ice, and haze are interlinked.

A second study released in the same issue of Nature discovered the presence of ammonia-rich clays on Ceres, a compound normally found in the icy outer worlds past Neptune. It is possible that an ammonia-rich impactor hit Ceres, depositing the ammoniated compounds. Both articles represent just the very beginning of studies based on Dawn data that will continue for years to come.

Dawn is currently maneuvering to its final mapping orbit, which it will reach December 18, about 385 kilometers above the surface. It will remain there, studying the dwarf planet until the mission runs out of funding or fuel. –Elise Ricard

In last week’s Space Friday column, we told you a bit about Jupiter’s weather. And for a while now, we’ve been hearing about how astronomers can detect weather on the failed stars known as brown dwarfs. Those stories came together this week when NASA announced the detection of a “Jupiter-like storm” on a small star.

Using the Spitzer and Kepler space telescopes, astronomers have observed what appears to be a persistent storm (raging for at least the last two years) on the surface of a star about the same size as Jupiter. “The star is the size of Jupiter, and its storm is the size of Jupiter’s Great Red Spot,” according to John Gizis of the University of Delaware, Newark, who led the study.

This isn’t the same as a “star spot” or sunspot, caused by intense magnetic fields; instead, we’re seeing something more like a planetary weather phenomenon. Brown dwarfs bridge the gap between our definitions of star and planet, and they exhibit both star-like and planet-like properties. The brown dwarf in question, W1906+40, is rather larger for a brown dwarf, so it’s fair to think of it as fairly star-like.

Other weather systems seem to last for hours or days, so two years is pretty impressive! Nothing compared to the hundreds of years over which we’ve been observing Jupiter’s Great Red Spot, but hey, astronomers detected the first brown dwarf only about 20 years ago, so they are still a pretty new phenomenon for astronomers to study. –Ryan Wyatt