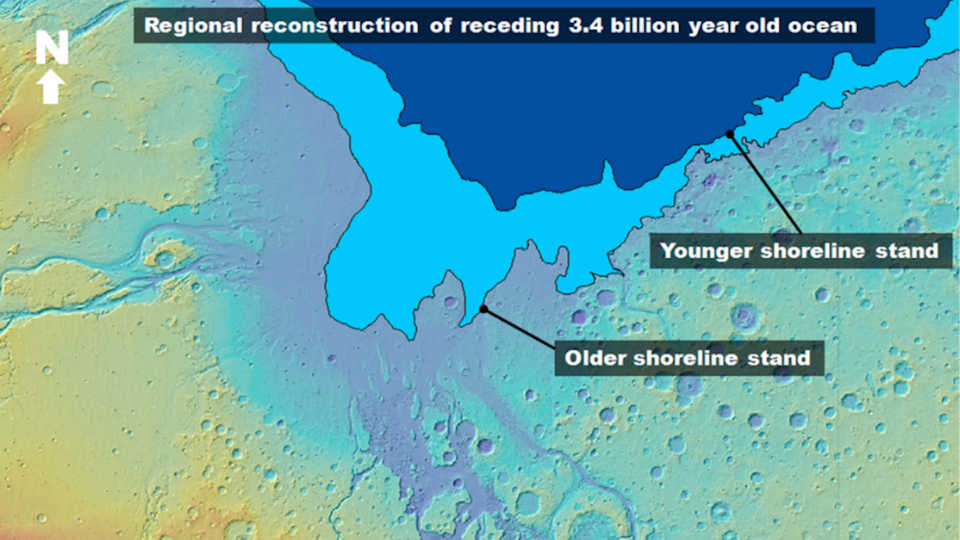 Every now and then, you can see a satellite or two in a clear, dark night sky—miniature mechanical moons looking like faint stars as they fly silently overhead. There are about 1,000 satellites circling the planet at any one time, and occasionally, you can spot the biggest one—the International Space Station (ISS). About the size of a football field, it’s the largest thing ever constructed in space, bristling with shiny aluminum modules and solar arrays that reflect a lot of sunlight—so much that the ISS can rival the brightest planet in the sky, Venus, when seen from the ground.

Construction began in 1998, when the first element—the Soviet Zarya module—was launched into orbit. It was joined later that year by the American-built Unity docking node, then two years later by the Zvezda habitat module. From that point, the station has been continuously occupied by rotating crews ferried up by either Soviet (now Russian) Soyuz spacecraft or by the Space Shuttle. The U.S. lost its crew-launching capability when the shuttle fleet was retired in 2011, so we have relied on Russian launch services. But next year, SpaceX hopes to resume launches on American-made rockets, ferrying astronauts to the ISS aboard the crew-rated upgrade of SpaceX’s Dragon spacecraft (“Dragon V2,” or “Crew Dragon”). Boeing will follow in 2018 with its human-rated Starliner capsule.

Maintained by a rotating crew of six, the ISS has been visited by more than 200 space travelers from many nations. Recently, NASA and the Russian Space Agency announced that on the night of Sunday, May 15, the space station completed its 100,000th orbit. Since each circuit of our planet covers a distance of 24,901 miles, that comes out to 2.6 billion miles, or as NASA tweeted, the rough equivalent of ten round trips to Mars. –Bing Quock

If you’ve been watching the early evening skies lately, you’ve probably noticed the impressive display of planets featuring not only Mars, which rises in the southeast with Saturn after sunset, but also bright Jupiter, high in the southwest at that time. While usually much fainter, Mars almost rivals Jupiter, shining like a glowing, orange ember. Why is it so bright? Glad you asked!

As Earth and Mars orbit the Sun, the faster-moving Earth occasionally catches up to Mars and lines up with it on the same side of the Sun so that the two planets are as close their orbits will allow. This configuration, called opposition, happens about every 26 months and occurs when Mars, as seen from Earth, is opposite the Sun in the sky and appears biggest and brightest. That makes opposition generally the best time to observe the Red Planet. This year’s opposition, in fact, is one of the better ones.

The exact distance between Earth and Mars at opposition can vary from about 56 to 101 million kilometers (35 to 63 million miles). That’s because the orbits of Earth and Mars are elliptical, with nearest and farthest points from the Sun, so if opposition occurs when Earth is nearest the Sun and Mars is farthest, the opposition distance will be large. On the other hand, if it happens when Earth is farthest and Mars is closest, then the opposition distance will be smaller. This year’s opposition—at 75 million kilometers (47 million miles)—is the closest since 2005, leading to the best Mars show in a decade.

Even though opposition makes Mars appear measurably larger in telescopes, the unaided eye is unable to resolve the difference, so Mars still looks like a point—a bright point, but only a point (don’t fall for the memes that have been perpetuated on the Internet since 2003 about Mars looking “as big as the Moon”). Through telescopes, Mars may reveal dark patches or even a polar ice cap, but one thing that can be appreciated even with the unaided eye is the fact that Mars is very close to the star named after it—Alpha Scorpii, or Antares, the heart of Scorpius the Scorpion. The name of this star means “rival of Mars” because its reddish color can cause it to be confused for Mars when the two are close in the sky… As they are now.

But as good as this opposition is, the next one in July 2018 should be even better, since Earth and Mars will be a little closer together than this time around—a whopping 25% closer! Mark your calendars and stay tuned. –Bing Quock

For years, scientists waited for true indication that oceans existed on Mars billions of years ago. Without any signs of a shoreline, the idea of vast martian seas had trouble holding water (pun intended). But this week, scientists report that sedimentary deposits in the northern plains of the Red Planet are remnants of two huge tsunami events—evidence of an ancient ocean. (And an ancient ocean increases the probability of ancient life.)

The first tsunami occurred about 3.4 billion years ago, the researchers report. “This wave was composed of liquid water. It formed widespread backwash channels to carry the water back to the ocean,” says study co-author Alberto Fairén of the Center of Astrobiology in Madrid.

Then, in the millions of years between the two mega-tsunamis, Mars went through frigid climate change, where water turned to ice, Fairén says, and the second tsunami actually formed rounded lobes of ice. “These lobes froze on the land as they reached their maximum extent and the ice never went back to the ocean—which implies the ocean was at least partially frozen at that time,” he says.

And this might be the best place to look for life, the team says, because the icy lobes retained their well-defined boundaries and their flow-related shapes, suggesting the frozen ancient ocean was briny. “Cold, salty waters may offer a refuge for life in extreme environments, as the salts could help keep the water liquid… If life existed on Mars, these icy tsunami lobes are very good candidates to search for biosignatures,” Fairén explains. In fact, the team plans a follow-up investigation to determine the potential for future missions to Mars. –Molly Michelson

After a journey spanning over three million miles and over ten years across the Solar System to the dwarf planet Pluto and its moons, NASA’s New Horizons spacecraft has not yet finished its work. In preparation for a possible mission extension to explore other objects in the Kuiper Belt (called Kuiper Belt Objects or KBOs), the craft has now made two observations of 1994 JR1, a 145-kilometer (90-mile) diameter KBO orbiting more than three billion miles (five billion kilometers) from the Sun.

New Horizons first spotted and imaged this object in November of last year with its Long Range Reconnaissance Imager (LORRI) from a distance of 280 million kilometers (170 million miles). The newest imaging was done from a much closer 111 million kilometers (69 million miles). Having the two sightings allowed astronomers to pinpoint the location of JR1 to within 600 miles, far better than any other small KBO, and ruled out a hypothesis of it being a distant satellite of Pluto. Additionally, observing changes in the amount of reflected light from RJ1 revealed it to have a very fast rotation of about once every 5.4 hours.

Both the observations and the information derived from them will be good practice for future KBO observations and approaches. While NASA has not yet approved an extended mission for New Horizons—the craft is still sending data collected from the Pluto system back to Earth—as we reported last year the team is poised to target at least one KBO target, KBO 2014 MU69 in a flyby on January 1, 2019, and maybe up to 19 more should the green light be given.

The New Horizons mission and its findings on Pluto and Charon are highlighted in the Academy’s current planetarium show, Incoming!, and will be the focus of the next Benjamin Dean Astronomy Lecture, on June 13, featuring NASA’s Jeffrey Moore.To whet your appetite further, check out the Academy’s VR version of the New Horizons Pluto encounter on YouTube, Facebook, or Vrideo. –Elise Ricard