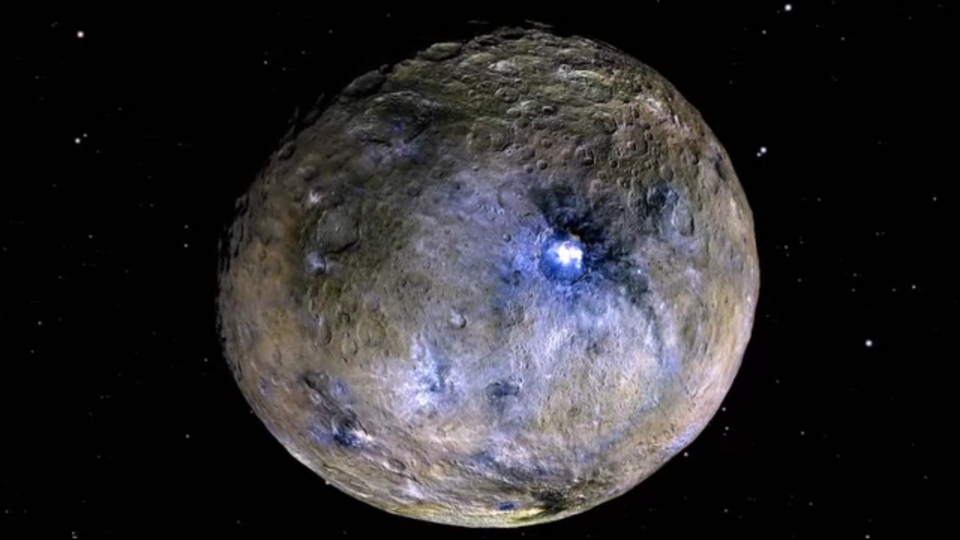 A Couple of Coming Cometary Close-Calls, But No Calamitous Consequences

On March 21, Comet 252P/Linear will pass 5.4 million kilometers (3.3 million miles) from Earth, making the fifth-closest approach of a comet to our planet on record. For comparison, that distance is about 14 times the distance to the Moon, so don’t worry about it hitting us. We in the Northern Hemisphere won’t be in a position to observe it at its closest, but at that time, the comet will be moving very rapidly—10 degrees per day—and will gradually ascend from the southern horizon and become visible from the U.S. on the 25th, climbing through the tail of Scorpius the Scorpion and into the stars of Ophiuchus the Serpent-Bearer on the 27th, after which its increasing distance and the effect of perspective will cause its changing position to be less from night to night.

As of this writing on March 18, the comet has reportedly increased its brightness by a factor of a hundred in just the past week, and some astronomers are expecting it to reach naked-eye brightness—but only barely. Stargazers will have to know exactly where to look, and the brightness of the nearly-full moon will interfere with observations when the comet is closest to Earth. The comet has already been spotted in backyard telescopes, and in long-exposure photography, which has the advantage of accumulating light from very faint objects, it appears noticeably green and surrounded by a fuzzy coma of gas.

Only a day after Linear’s closest approach to Earth, another comet—PanSTARRS (P/2016 BA14), discovered only on January 21—will pass even closer. At a distance of 2.1 million miles (3.4 million kilometers) of our planet (about nine lunar distances), it will go down as the third-closest near-miss of a comet and the closest in 246 years. When first seen, this object was thought to be an asteroid, but further observations revealed a tail and an orbit very similar to that of Linear, implying that they may have a similar origin and might even be pieces of the same original object, with BA14 being no more than 200 meters (less than 700 feet) across, or about half the size of Linear. Zooming by on the opposite side of the sky as its larger counterpart, BA14 is too small and faint to be seen with the unaided eye, but it’s currently in the evening sky and moving fast. In the coming week, it’ll pass from the stars of Canis Major the Big Dog northward to the handle of the Big Dipper. Although too faint to be seen with the unaided eye, it can be followed on websites that feature streaming feeds from large telescopes.

Despite the closeness of their passes, neither comet will come as close as Comet Siding-Spring got to the planet Mars a few years ago. Recent research from that event reveals that on October 19, 2014, when that comet passed 140,000 kilometers (87,000 miles) from the Red Planet, its own magnetic field played havoc with that of Mars, which has much weaker magnetic field. The interaction had the same effect as a solar storm, blasting away part of Mars’s upper atmosphere. Nothing so dramatic is expected from Earth’s encounters with Linear and PanSTARRS—if anything, dust from the two comets may spawn new, very weak meteor showers, radiating from the vicinity just south of the constellation Orion the Hunter.

Find out more about the effects of asteroid and comet impacts in Incoming!, the new show now playing at the Academy’s Morrison Planetarium. –Bing Quock

Since the 16th century, astronomers have been wrestling with a question: why is the sky dark? It’s called Olber’s Paradox, and the basic idea is that the Universe is full of stars. If there are stars in basically every direction, we should be getting starlight from every direction, and it should constantly be bright everywhere. And while there are some pretty sound explanations (first suggested by, of all people, Edgar Allan Poe) involving the size of the observable Universe and the finite life of stars, it turns out there is an extremely simple answer to the question.

The sky isn’t dark. It looks dark, but it’s actually filled with light.

In the 20th century, scientists began to predict and then locate light that permeates the Universe at a variety of wavelengths. Perhaps most famous is the Cosmic Microwave Background (CMB) which is the result of the hot gas that filled the Universe shortly after the Big Bang. It was actually orange when first emitted, but thanks universal expansion, it’s been stretched into the microwave region of the electromagnetic spectrum (colder than infrared, but hotter than radio). Less well known is the Cosmic Optical Background (COB): light which we can see. This turns out to be just the result of the incredible number of stars in the huge number of galaxies we see around us.

In 1990, the COsmic Background Explorer (COBE) satellite discovered the Cosmic Infrared Background (CIB). Infrared light refers to colors of light that are just outside what humans can see, but we can feel it (most of the heat we feel on our skin is energy brought via infrared light). Lots of things give off infrared: stars, planets, people. In many cases, this means that there’s a lot of interference: we can’t see the background infrared because there’s too much in the foreground around us.

But, finally, a research team at the University of Tokyo has identified the sources of the CIB. The team, led by a graduate student, Seiji Fujimoto, dove into the archives of observations made by the Atacama Large Millimeter Array (ALMA), a collection of infrared/microwave dishes in the Chilean desert. They identified 133 extremely faint objects that emitted light at the correct wavelength. Add up the amount of light from each gives a grand total of—100 percent of the Cosmic Infrared Background! Mystery almost solved.

So what are these dim sources? Fujimoto and his team then turned their sights on observations from the Hubble Space Telescope and the Subaru Telescope. 60 percent of these distant objects correspond precisely with faint galaxies. Galaxies, including the vast clouds of dust inside of them, absorb light in the visible range and re-emit it as infrared, including the CIB. This means they are visible both from optical telescopes like Hubble as well as longer-wavelength observatories like ALMA. The other 40 percent remain a mystery, but the team speculates that they are also dim galaxies hiding behind clouds of dust that block visible light but allow longer wavelengths like the CIB to get through.

Perhaps we’ll be able to get a closer look at these infrared sources when the James Webb Space Telescope (which observes in infrared light) launches in 2017. In the meantime, take comfort that there isn’t really such a thing as pure darkness. Not only is the Universe bathed in invisible light, but now we know why. –Colin Elliott

Just over a year ago, NASA’s Dawn spacecraft arrived in orbit around the dwarf planet Ceres, giving us our first resolved look at the mysterious “bright spots” scattered in craters across its surface, and launching debate on what the reflective material could be. In December, analysis of Dawn’s data revealed the spots contained hydrated magnesium sulfates (Epsom salts), potentially in addition to ices, but there is still uncertainty surrounding them.

This week, Paolo Molaro of the INAF–Trieste Astronomical Observatory and his team published in the Royal Astronomical Society Journal another interesting piece to the puzzle—the bright spots are changing.

Their observations were made not with Dawn, but rather from the HARPS spectrograph, part of the ground-based European Southern Observatory’s 3.6-metre telescope at La Silla, Chile. Though Ceres is small and hard to observe with ground based telescopes, Molaro explains: “As soon as the Dawn spacecraft revealed the mysterious bright spots on the surface of Ceres, I immediately thought of the possible measurable effects from Earth. As Ceres rotates, the spots approach the Earth and then recede again, which affects the spectrum of the reflected sunlight arriving at Earth.”

Ceres spins on its axis once every nine hours, and as it does, one side of it rotates toward the Earth, while the other rotates away. As a result, the sunlight bouncing off its surface creates a Doppler shift—on one side, the waves get stretched, and on the other they are compressed. So the team could compare the light measured from the brightest spots in Occator Crater and compare its expected changes due to the rotation. Surprisingly, they found the measured change had considerable variations from day to night—along with other changes, they brighten during the day. This could be explained by the material of the spots being composed of volatile substances on the surface that evaporate when exposed to solar radiation, creating plumes that reflect a lot of sunlight. These plumes then evaporate quickly, lose reflectivity and produce the observed changes. This could potentially help explain the haze observed with Occator Crater as well.

The team, though, is quick to point out that this is just their interpretation of the data so far, and that more research needs to be done. “The Dawn pictures are much more informative and it is up to them to investigate the nature of [these] mysterious spots,” Molaro said. “But… our technique is a new one and never attempted before because it requires very precise measurements. Our technique will be very useful when the space mission is finished.” –Elise Ricard