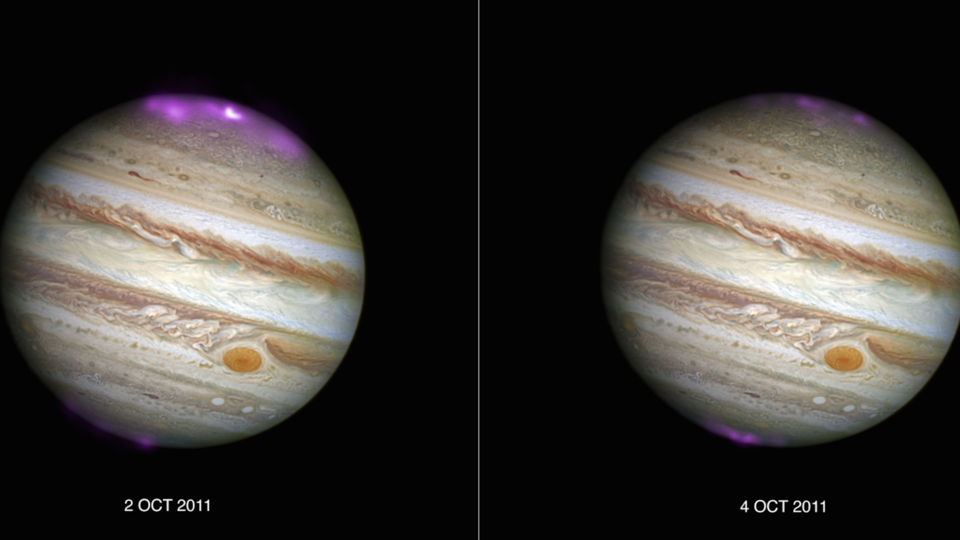 Seeing Ceres Closer Than Ever

Since December 16, NASA’s Dawn spacecraft has been circling the dwarf planet Ceres at about the same height at which the International Space Station flies over Earth, or about 250 miles (385 kilometers), resolving features as small as 115 feet (35 meters) across. Now, data and images gathered from that final Low Altitude Mapping Orbit (LAMO) are gradually being released, and on Tuesday, scientists attending the 47th annual Lunar and Planetary Science Conference in Texas revealed spectacular new views of the mysterious mini-world’s puzzling features.

Much attention was given to several of the 130 or so bright spots dotting Ceres, which are four times more reflective than the rest of the dark surface. Of particular interest is “Spot 5” inside 57-mile (92-kilometer) wide Occator Crater, the brightest of all. This is actually a cluster that includes what appears to be a 3-mile (5-kilometer) wide dome of light-colored material. Scientists previously concluded that the material is probably a mineral deposit (hexahydrite) left behind when salt-rich ices exposed by meteoroid impacts sublimated away. Sublimation (the process by which ice transforms directly into gas, bypassing the liquid state) may also explain reports of a transient haze seen at Occator and other locations.

Another bright patch, “Spot 1,” is located inside the crater Haulani. Analyzing reflections of sunlight from the area surrounding the crater, scientists using an instrument called the visible and infrared mapping spectrometer (VIR), were able to compare the mineral compositions of the surface with that of material excavated from below, concluding that the subsurface composition is different from that of the surface. According to VIR instrument lead scientist Maria Cristina de Sanctis, “The diversity of materials implies either that there is a mixed layer underneath, or that the impact itself changed the properties of the materials.”

Other images center on Ceres’ loneliest mountain, the enigmatic, four-mile (six kilometer) high Ahuna Mons, whose steep sides are streaked with perhaps the same material composing the bright spots. Planetary geologists are still baffled as to how such a mountain can form. Although there are other elevated surface features on Ceres, none are as tall nor as isolated.

Also detected were signs of water, bolstering observations made in 2014 by the European Space Agency’s Herschel Space Telescope as well as earlier observations made by Dawn itself from higher orbit. Ceres’ second brightest spot, located in a young, six-mile (nine-kilometer) crater called Oxo, was also found to contain water ice exposed by the impact. An instrument called the Gamma Ray and Neutron Detector (GRaND), counted neutrons contained in the Cerean regolith (the loose material covering the surface of Ceres). Neutron abundances vary inversely with that of hydrogen, so fewer neutrons means more hydrogen. Performing a global survey that penetrated the topmost meter of regolith, GRaND detected fewer neutrons near the poles of Ceres, consistent with greater amounts of hydrogen and further suggesting the presence of water (also known as H2O) as a source for the hydrogen.

The idea that asteroids contain water supports the theory that comets and asteroids may have transported water from the outer Solar System to the inner planets, including Earth itself. Slowly, Ceres and other celestial bodies being explored telescopically from Earth or up-close by spacecraft such as Dawn and Rosetta (currently orbiting Comet 67P/Churyumov-Gerasimenko) are revealing their secrets, helping us assemble from disparate clues a cohesive picture of the formation of planets and how even the littlest worlds can play a major role in shaping the destiny of our solar system—a concept examined in the new show, Incoming!, at the Morrison Planetarium. -Bing Quock

Aurorae here are Earth are undeniably beautiful and fascinating—multicolored sheets of light dancing across the sky caused by charged particles from the Sun slamming into Earth’s atmosphere. This interaction of the solar wind and a planet’s atmosphere and magnetic field occurs on other worlds as well, including Mars, Saturn, and Jupiter, and doesn’t always occur in a visible wavelength of light. Occasionally, giant solar storms, called coronal mass ejections (CMEs), erupt and produce stronger winds, which correlate into stronger aurora.

This week, a report in the Journal of Geophysical Research published the results of observing aurora on Jupiter in X-ray light with NASA’s space-based Chandra X-ray Observatory as a particularly strong CME arrived at the planet in October 2011.

The study showed that the strong storm compressed Jupiter's magnetosphere and moved its boundary with the solar wind inward by over a million miles. The interaction at the boundary triggered X-ray aurora up to eight times brighter than normal and hundreds of times more energetic than aurora on Earth.

“There’s a constant power struggle between the solar wind and Jupiter’s magnetosphere,” said lead author William Dunn at University College London. “We want to understand this interaction and what effect it has on the planet. By studying how the aurora changes, we can discover more about the region of space controlled by Jupiter’s magnetic field, and if or how this is influenced by the Sun. Understanding this relationship is important for the countless magnetic objects across the galaxy, including exoplanets, brown dwarfs and neutron stars.” -Elise Ricard

First View of a Supernova Shockwave

This week, NASA’s Kepler space telescope captured the first visible light images of the shockwave generated by a massive stellar death explosion, or supernova. The findings are published in the Astrophysical Journal.

Yes, this is the same Kepler telescope used to find exoplanets. Until malfunctions in two of the reaction wheels needed to keep the craft steady ended its primary mission in 2013, Kepler stared, nearly unblinkingly, at a single target range in the constellation Cygnus, allowing it to look for tiny light fluctuations from stars and detect exoplanets orbiting. Its constant, fixed gaze also allowed astronomers to look for other celestial objects and events that might have been within Kepler’s view at that time.

Peter Garnavich of Notre Dame and his team analyzed light from 50 trillion stars in 500 distant galaxies captured by Kepler in 30 minute intervals over a three year period in the hopes of detecting signs of recent supernovae. Data taken in 2011 showed not one, but two massive stars (red supergiants) exploding while in Kepler’s view—KSN 2011a, which is 300 times the size of the Sun and 700 million light years from Earth, and KSN 2011d, which is about 500 Solar masses and 1.2 billion light years away.

There are multiple types of supernova, but the two observed were both consistent with models of Type II—where a star runs out of nuclear fuel causing its core to collapse under its own gravity. As the star’s core collapses inward, the rest of the star explodes outward, generating a shockwave. Interestingly, only one of the stars—the bigger one KSN 2011d—had an observable shock wave. Garnavich suggested that the smaller star’s shockwave might have been masked by a bunch of gas around it around the star.

While many remnants of supernovas can be seen in our own galaxy and on others, it is extremely rare to catch the first few moments of a star’s explosion. In fact, these shock waves only lasted about 20 minutes. To catch a glimpse of something like a shock breakout that occurs so suddenly and quickly, “you want to have a camera continuously monitoring the sky,” said Garnavich.“You don't know when a supernova is going to go off, and Kepler’s vigilance allowed us to be a witness as the explosion began.”

Garnavich compares catching the explosion itself to actually witnessing a car crash rather than just seeing the wreck later—it’s extremely difficult to capture the catastrophic event, but far more helpful in “understanding the root cause” of the event.

Since its original mission end, the Kepler telescope has been adjusted and repurposed as the K2 mission, which began scanning a wider range of sky, searching not only for exoplanets, but other interesting celestial objects in 2014. -Elise Ricard