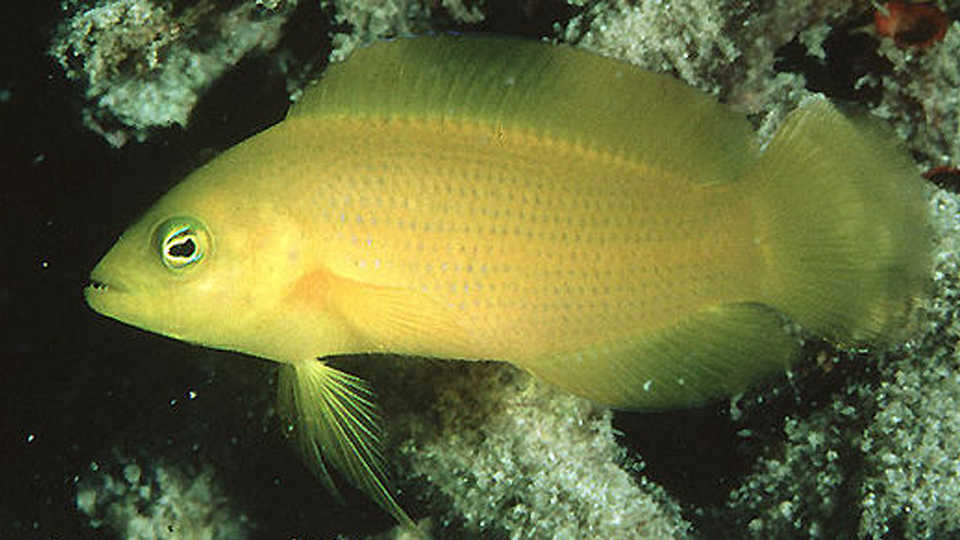 Meet the dottyback, a small reef fish with an innocent name, but devious intentions. Scientists have discovered that dottybacks can change color to mimic other reef fish, allowing the evil-doers to snag a snack of other fishes’ young in plain sight.

Mimicry is a common tool used to hunt or hide from other species—think of cuckoos, butterflies, and octopuses—but the dottyback takes it to a new level—color-morphing depending on the particular species it is currently hunting.

“The dottyback behavior is comparable to the ‘wolf in sheep’s clothing’ scenario from Aesop’s Fables, where distinguishing the predator from the harmless ‘flock’ becomes increasingly difficult when they look alike—allowing the dottyback to creep up on unsuspecting juvenile damselfish,” says the University of Cambridge’s William Feeney.

While dottybacks can vary their coloration from pink to grey, Feeney and his colleagues focused on two color morphs—yellow and brown—that both occur on the reefs surrounding Lizard Island, off the coast of north-east Australia. Anatomical study of dottyback skin cells revealed that while the level of chromatophores—pigment-containing cells that reflect light—remain constant, the ratio of yellow pigment cells to black pigment cells shifts to move the dottyback from yellow to brown and back again.

The scientists found that once the dottyback matched the color of the damselfish species they were hunting, they were up to three times more successful at capturing juvenile damselfish. The team also discovered that changing colors benefits the dottybacks in other ways. It allows the fish to blend into the coral of their habitats to hide from their own predators, such as the coral trout—a predator they share with damselfish, who have also adapted to match the color of their environment. “Damselfish have evolved to blend into their environment, so, by imitating the damselfish, they [the dottybacks] also color-match the habitat—making it harder for coral trout to see them,” Feeney explains.

“This is the first time that an animal has been found to be able to morph between different guises in order to deceive different species, making the dottyback a pretty crafty little fish,” he says.

The research was published last week in Current Biology.

(Want to learn more about mimics, chromatophores, and color in nature? Our exhibit Color of Life opens in early June. Click here for more information.) 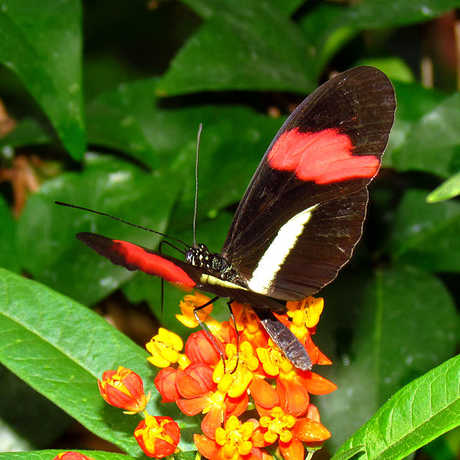 Evolution in Heliconius Butterflies
Academy researchers examine the genomes of Heliconius butterflies to study evolutionary change in their genus. 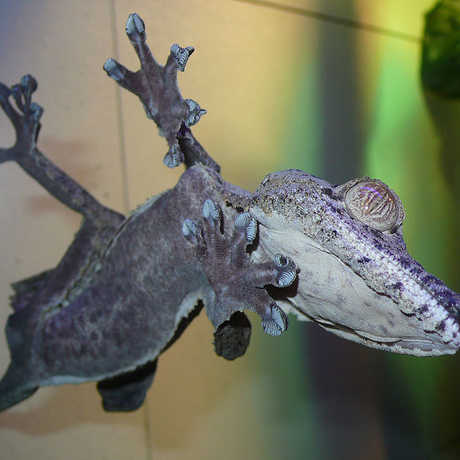 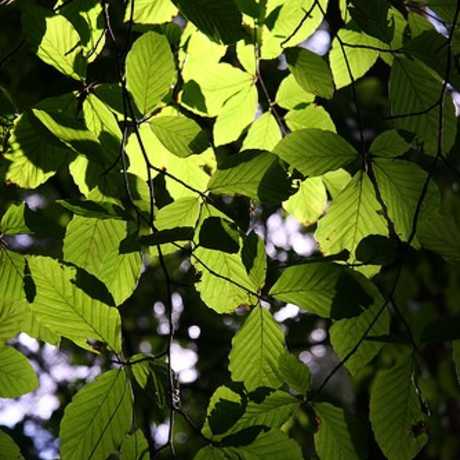