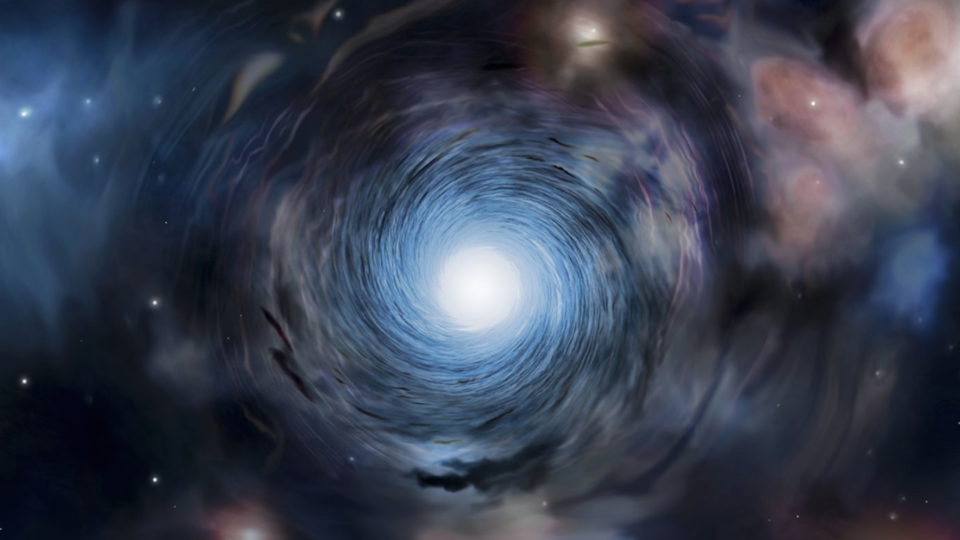 Big questions for astronomers often revolve around (so to speak) origins—of stars, planets, galaxies, even the entire Universe! In yesterday’s article, we talked a bit about how stars and planets form; today, let’s talk about galaxies.

Just as a reminder, galaxies are vast collections of stars—along with gas, dust, planets, and other space debris. Our home galaxy, the Milky Way, is home to hundreds of billions of stars, and it’s so big that light reaching us from the other side of the galaxy started its journey when our species hadn’t even left Africa yet. If we could take a look at the Milky Way from outside, we’d see a lovely spiral galaxy (maybe looking a lot like this one), its inner reaches populated by older, redder stars with brilliant young, bluer stars in the spiral arms. The entire structure spins majestically, with the Sun orbiting the galactic center every 225 million years.

But it wasn’t always like that. Our theories of how spiral galaxies take shape involves a lot of activity taking place over billions of years. Astronomers use computers to simulate how galaxies form (resulting in movies such as this one or this one), and the process looks quite messy! Collisions, mergers, and a lot of extragalactic violence that belies the elegance of the images of galaxies taken by some of our great observatories.

In addition to these computational simulations, we have observations from the Hubble Space Telescope, for example, that reveal early galaxies (dating back to less than a billion years after the Big Bang) to be misshapen, small, and scraggly. Presumably, only after smashing into one another and growing through mergers can they become big, beautiful grownups like the Milky Way.

On the second day of the American Astronomical Society (AAS) meeting held in National Harbor, Maryland, this week, a press conference announced new observations of two extremely distant galaxies—again, dating back to the early days of the Universe. This time, Hubble played a supporting role, confirming the distances to the galaxies, but the Atacama Large Millimeter/submillimeter Array (ALMA) did the real heavy lifting, observationally speaking.

The two galaxies are oddballs, glowing brightly at a very specific wavelength of light… We know of other galaxies at similar distances, but these little guys are glowing in a way that ALMA can exploit! In the same way a siren changes pitch when it’s moving toward you versus away from you, the wavelength of light changes when the light source is moving toward you versus away from you. Even though the galaxies only appear as wee blobs in ALMA’s images, the instrument can nonetheless confirm that one side of each galaxy is moving toward us while the other side is moving away. Translation? They’re rotating!

That sounds great, but remember those computer simulations we mentioned earlier? The ones with the spiffy movies? Well, they suggest that galaxies start out very turbulent (think of them like rambunctious toddlers), without distinct rotation. Typically, rotation takes a lot more time to develop.

Renske Smit from the Kavli Institute of Cosmology at the University of Cambridge and lead author on the Nature paper describing the results, described the galaxies as “a little bit like the Milky Way but more turbulent.” And although their rotation is quite unexpected behavior, she was quick to explain that some computer models actually reveal such oddballs. Or as she put it: “We don’t need extraordinary physics to explain this.”