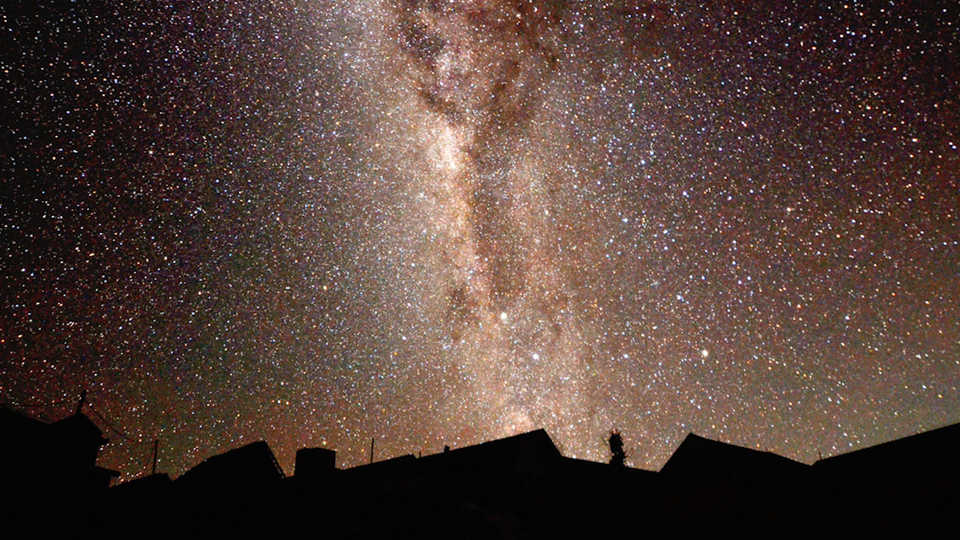 When we look to the skies, we see bright stars that lie far beyond the Solar System. Take the constellation Orion as an example—the brighter of Orion’s shoulders is the star Betelgeuse, originally named إبط الجوزاء (Ibt al-Jauza) by Arab astronomers, that lies nearly 650 light years away. As a red supergiant, Betelgeuse is much larger than the Sun. While we can’t determine its exact size with current technology, if Betelgeuse were in our Solar System, it would likely engulf Jupiter’s orbit!

But because Betelgeuse lies far away, it appears to the naked eye as a single point in the sky. As the ninth brightest star in Earth’s sky, we can usually make out its light even in large cities. But this is not true for all stars!

The photo attached to this article was taken in Indonesia, after the photographer’s neighbors had turned their lights out. The disk of our home galaxy, the Milky Way, appears as a hazy band that crosses through the center of the image, surrounded by thousands of stars. In comparison, if we visit the living roof of the California Academy of Sciences in Golden Gate Park during NightLife, we might see several hundred stars on a clear night—and we have very little chance of spotting the Milky Way.

The reason for the difference is the light generated by modern civilization. Stray light from street lighting, building or statue illumination, and other displays enters the atmosphere. While the total light escaping is faint compared to daylight, it is much brighter than the arriving light from most stars. This light washes out all but the brightest stars, like trying to read your iPad on a sunny day.

While the impact of light pollution on stargazing is of interest to urban astronomers, lighting the night has effects on terrestrial aspects of life as well. For example, many nocturnal species have evolved to rely on darkness to hide from predators. Similarly, some predators have novel advantages at night, such as the adapted eyes of owls, or the echolocation of bats. Human behaviors are also affected, as light peeking through a window can disrupt sleep patterns.

A recent study measured the rate of change of radiance and lit area across the globe, finding that both increased by 1.8 to 2.2 percent per year over the past four years. Growth is expected in developing nations, as increasing wealth enables villages to build infrastructure. But surprisingly, this increase in lighting was also seen in the most developed parts of the world.

What caused the increase in lighting in affluent countries? The satellite images showed a shift in color in many cities consistent with a shift from yellowish sodium vapor lamps to white LED lamps. LED lighting is significantly more efficient than older technologies and helps reduce our energy consumption. However, this benefit is only realized if we do not use those savings to install additional unnecessary lighting!

To help our community see the stars, and our nocturnal neighbors thrive in their ecosystems, we should be deliberate in how we use our new sources of lighting. If we are considering installing or upgrading lighting, here are some questions to consider: Will this light extend beyond my property? Does our lighting system focus all light downward? Does our light need to be on all night, or can it be motion activated or use a timer?

By continuing to improve our lighting habits, we can bring back our view of the classical cosmos! Betelgeuse is bright enough to be seen even by San Francisco stargazers, but the myriad details of Orion—the faint stars of his sword and shield, for example—require darker skies. Imagine if Orion could be seen in all his glory over the City by the Bay! New ways of thinking about lighting could restore the constellations to our night skies. 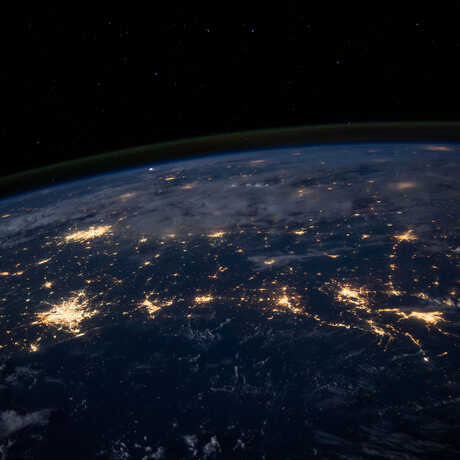 Turn it off! Or at least change the bulb

The effects of light pollution on the natural world.