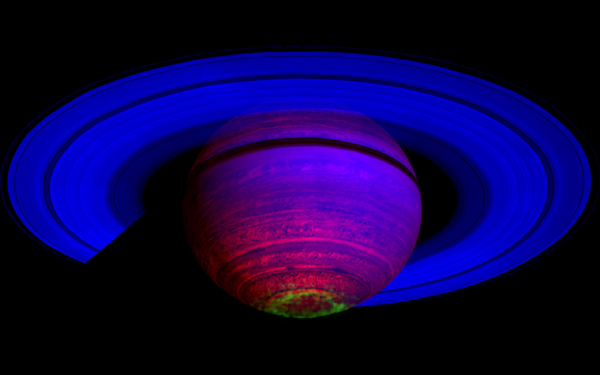 Saturn Auroras, Colorado Dust and Missing Amphibians: here are a few headlines that we didn’t want you to miss this week.

As if Saturn wasn’t already considered drop-dead gorgeous. And as if Cassini wasn’t already the luckiest satellite in the skies. Using Cassini’s visual and infrared mapping spectrometer instrument (VIMS), scientists gathered data to create beautiful images and even a video of auroras on the ringed planet. Released just today, these are truly a must see!

Also published today, in the journal Science, independent researchers have calculated the vastness of the BP oil spill by viewing videos of the underwater oil gushing. From Science News:

Crone and Tolstoy used an optical technique known as flow velocimetry. In this approach, the volume of a roiling plume is estimated by using video or a series of photos to measure the movements of a host of distinguishing features over a short period of time. Computers can then calculate likely flow volumes based on the plume’s size and density.

And their numbers exceed the government estimate by about 300,000 barrels (or 12.6 million gallons) of oil.

Earlier this week, scientists published a study in the Proceedings of the National Academy of Sciences (PNAS) describing the affect of dust on Colorado’s snowpack. According to Reuters and Yale Environment 360:

Dust created by intensifying human activities in the southwestern United States has caused snow in the Rocky Mountains to melt earlier over the last 150 years and has reduced runoff into the Colorado River basin by about 5 percent, according to a new study.

For a drought-prone area, this makes a potentially bad situation worse.

So, now for a bit of good news. A month ago, we reported on Conservation International’s launch of a worldwide search for 100 species or so of amphibians that were possibly extinct. This week, they announced three of those species were spotted—two in Africa and one in Mexico. You can read more at the 80beats blog on Discover.

Which science news items caught your eye this week? Let us know!