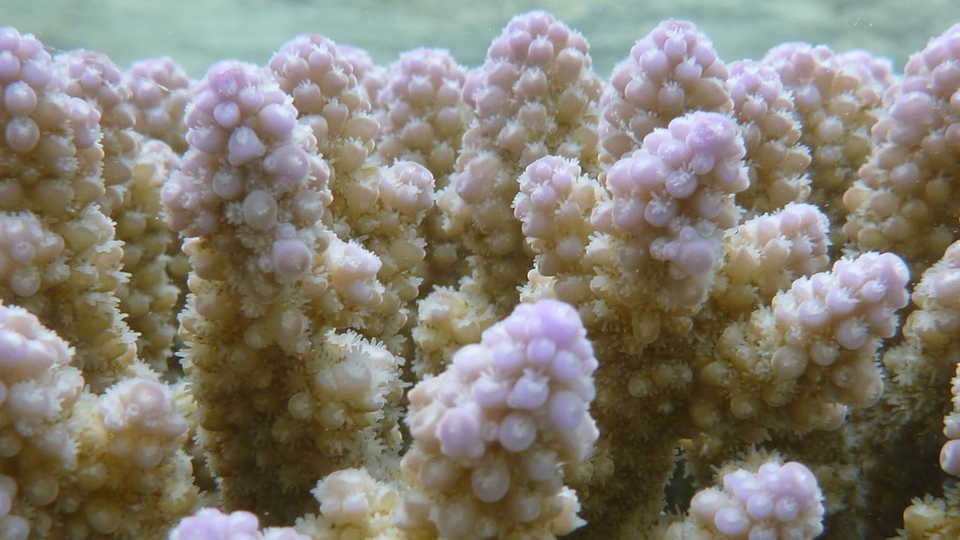 What happens when you try to reverse the effects of ocean acidification?

Approximately one-quarter of our carbon dioxide (CO2) emissions are absorbed by the oceans, leading to oceans becoming more acidic. Coral reefs are particularly vulnerable to this ocean acidification process, because reef architecture is built by the accretion of calcium carbonate (a process called calcification), which becomes increasingly difficult as acid concentrations increase and the surrounding water’s pH decreases. (For more on this process, check out thisvideo.)

Ocean acidification is one of several threats to coral reef ecosystems, but separating its effects from other factors is difficult. Experiments in the lab to determine the consequences of higher acidity on corals don’t take other environmental factors into consideration, and experiments in the field prove just as challenging for the opposite reason: it’s difficult to isolate the effects of ocean acidification from other contributing factors, such as temperature, coastal pollution, and overfishing.

But Rebecca Albright of the Carnegie Institution for Science at Stanford and her colleagues found three isolated lagoons at One Tree Reef in the southern Great Barrier Reef where they could determine ocean acidification’s effects quite clearly. At low tide, two of the lagoons become effectively cut off from the ocean. For several days, the scientists added sodium hydroxide to the seawater of one lagoon to increase its alkalinity (and its pH), and then measured the change in alkalinity as the seawater flowed across the reef into the other lagoon.

In essence, the team brought the reef’s pH closer to what it would have been in the pre-industrial period based on estimates of atmospheric carbon dioxide from the era. After measuring the reef’s calcification in response to this pH increase, they found that calcification rates under these manipulated pre-industrial conditions were higher than they are today.

The recent Paris Agreement could provide a glimmer of hope. “The only real, lasting way to protect coral reefs is to make deep cuts in our carbon dioxide emissions,” says Carnegie’s Ken Caldeira, a co-author on the study, published yesterday in Nature. “If we don’t take action on this issue very rapidly, coral reefs—and everything that depends on them, including both wildlife and local communities—will not survive into the next century.”