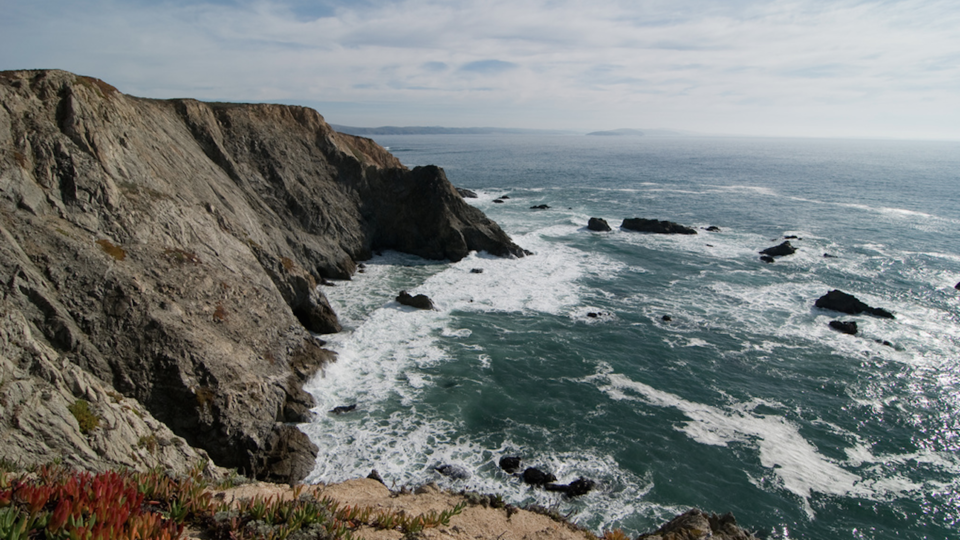 At Science Today, we’ve frequently covered the work of Academy researcher Peter Roopnarine (see here and here, for example). A paleontologist and geologist, Roopnarine often studies the past to understand what might occur in the future. In fact, this week he has a new publication in the Proceedings of the National Academy of Sciences that looks at ancient marine ecosystems’ response to fluctuating environmental conditions to understand how they might react in the future due to climate change.

The study, led by Sarah Moffitt from the UC Davis Bodega Marine Laboratory, reports that marine ecosystems can take thousands, rather than hundreds, of years to recover from climate-related upheavals. The team analyzed thousands of invertebrate fossils to show that ecosystem recovery from climate change and seawater deoxygenation might take place on a millennial scale.

Using a 30-foot-long core sample of Pacific Ocean seafloor from offshore Santa Barbara, the scientists were able to observe more than 5,400 invertebrate fossils, from sea urchins to clams. The tube-like sediment core is a slice of ocean life as it existed between 16,100 and 3,400 years ago, and provides a before-and-after snapshot of what happened during the last major deglaciation—a time of abrupt climate warming, melting polar ice caps, and expansion of low oxygen zones in the ocean. The new study documents how long it has historically taken for ecosystems to begin recovery following dramatic shifts in climate.

“The complexity and diversity of a community depends on how much energy is available,” says Roopnarine. “To truly understand the health of an ecosystem and the food webs within, we have to look at the simple and small as well as the complex. In this case, marine invertebrates give us a better understanding of the health of ecosystems as a whole.”

The study results suggest that future periods of global climate change may result in similar ecosystem-level effects with millennium-scale recovery periods. As the planet warms, scientists expect to see much larger areas of low-oxygen “dead zones” in the world’s oceans.

“Folks in Oregon and along the Gulf of Mexico are all too familiar with the devastating impacts of low-oxygen ocean conditions on local ecosystems and economies,” says Roopnarine. “We must explore how ocean floor communities respond to upheaval as we adapt to a ‘new normal’ of rapid climate change. We humans have to think carefully about the planet we are leaving for future generations.”