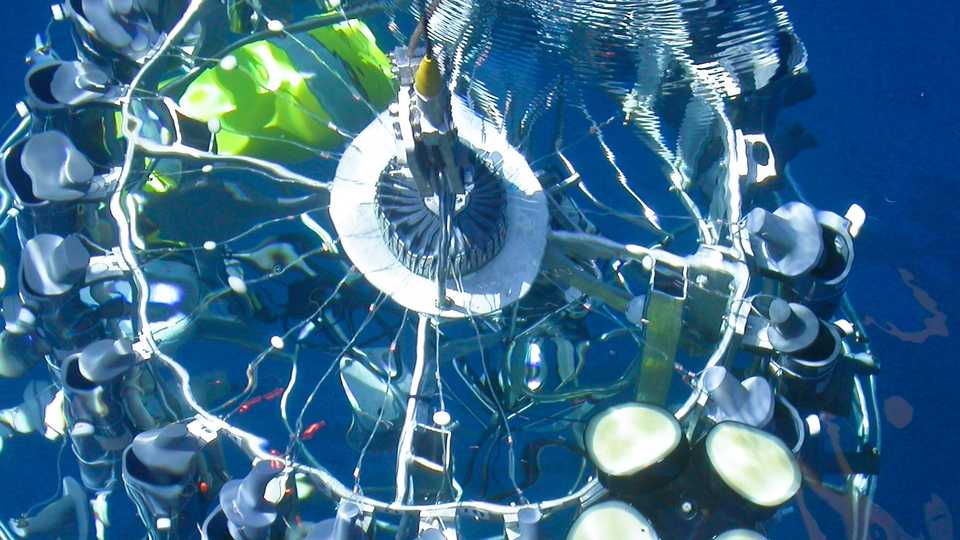 As we warm the globe, 90% of the heat is absorbed by the oceans, giving us an accurate way to measure it. Two studies published earlier this week in Nature Climate Change have done just that, finding rising heat on the surface of the oceans in the southern hemisphere and static temperatures in the deep ocean.

Ocean measurements such as temperature and salinity contribute to our knowledge of ocean heat, but other methods contribute to our understanding, too… As the oceans heat up, the water expands, so another way to measure the heat absorbed by the ocean is to look at sea-level rise. The first study, led by Paul Durack of Lawrence Livermore National Laboratory, uses both methods to read the temperature of the oceans in the southern hemisphere, where data have been lacking in the past.

Argo floats, deployed in the early 2000s, are one of the ways Durack’s team made their calculations. About 3,600 of the floats are currently used to measure global ocean temperatures from the surface down to 2,000 meters.

“Prior to 2004, research has been very limited by the poor measurement coverage,” Durack says. “By using satellite data, along with a large suite of climate model simulations, our results suggest that global ocean warming has been underestimated by 24 to 58 percent. The conclusion that warming has been underestimated agrees with previous studies, however it’s the first time that scientists have tried to estimate how much heat we’ve missed.”

Given that most of the excess heat associated with global warming raises the temperature of the oceans, this study has important implications for how scientists view Earth’s overall energy budget, Durack adds.

The second Nature Climate Change study concurs with the warming at the oceans’ surface, but finds no additional warming at depth.

“The deep parts of the ocean are harder to measure,” says lead author William Llovel, of NASA’s Jet Propulsion Laboratory (JPL). “The combination of satellite and direct temperature data gives us a glimpse of how much sea level rise is due to deep warming. The answer is—not much.”

To arrive at their conclusion, the JPL scientists did a straightforward subtraction calculation, using data for 2005 to 2013 from the Argo buoys, NASA’s Jason-1 and Jason-2 satellites, and the agency’s Gravity Recovery and Climate Experiment (GRACE) satellites. From the total amount of sea level rise, they subtracted the amount of rise from the expansion in the upper ocean, and the amount of rise that came from added meltwater (think melting glaciers and ice at the poles). The remainder represented the amount of sea level rise caused by warming in the deep ocean.

The remainder was essentially zero. Deep ocean warming contributed virtually nothing to sea level rise during this period. Other scientists have explained that the so-called global warming pause is simply heat trapped in the oceans’ depth, but this study refutes this claim. (For more information, Climatewire and Scientific American explain the argument well here.)

In an accompanying News and Views article in Nature Climate Change, NOAA’s Gregory Johnson and John Lyman discuss how the studies “highlight the importance of ocean temperature measurements to understanding and predicting our changing climate—including future increases in atmospheric temperature and sea level.”