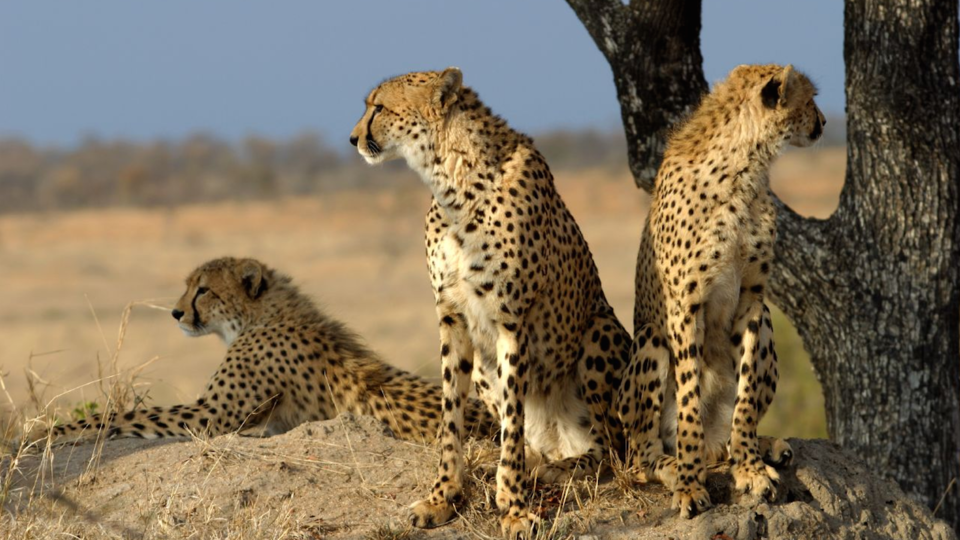 Given these large territories, the males within a coalition often split up to roam and to look for mates while guarding the shared area, eventually reuniting. But scientists wondered, how do the cheetahs know where and when to find each other? Is it location? Just coincidence?

To answer these questions, a team of researchers from Cheetah Conservation Botswana tracked a coalition of three males living near farmlands, collaring them with GPS units. (We covered some of the organization’s work two years ago here.) They tracked the cheetahs’ movements over the next six and a half months throughout the coalition’s 819 square kilometer range (316 square miles). One of the cheetahs separated from the others for 31 consecutive days, and during that time, they each traveled throughout their large territory. The scientists estimate that the likelihood of the cheetahs meeting randomly during that separation, given the size of the territory, was “infinitesimally small, 9.58 x10-6 percent and rising to 2.97 x10-4 percent over the course of 31 days,” they write in their study, published today in PLoS ONE. “In reality,” they continue, “the two groups came within 770 meters and 1,110 meters of each other on two occasions without resulting in a reunion.”

Because cheetahs hunt at twilight rather than at night like most other cats, they have sharper vision and are able to detect moving prey up to two kilometers (over one mile) away. However, cheetahs do not roar like their lion brethren, but chirp, and these chirps only carry a few hundred meters, while a lion’s roar can carry up to four kilometers (2.5 miles). The male cheetahs are known for marking their territory, and this scent is unique to each cat. Knowing that cheetahs have an excellent sense of smell, the scientists deduced that male cheetahs must reunite with their coalition by tracking each others’ scent. Still, there are limitations to this conclusion, the team writes—the scientists believe cheetahs can only detect scents within 300 meters (984 feet) and it is unknown how long these scents last, with researchers speculating the markings persist for between 24 hours to two months.

For these three cheetahs, the reunion didn’t occur at the most frequented area or even an area where the cats had previously spent much time at all. In this case, too, none of the cheetahs had been at the site for a long period of time, “waiting.” The team found that the solitary cheetah likely picked up a scent of the others and then looped around that area twice. Possibly aided by those cheetah chirps, within a few hours he found his posse.

The team admits this is only one study, but given the quality of the high spatial resolution data, a very telling one. As their website says,“By understanding the ways in which these populations are behaving we can unlock the potential solutions for the human-wildlife conflict conundrum.” 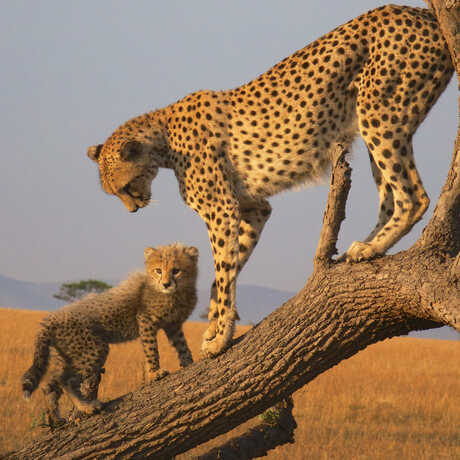 Our second installment of our new series: Wildlife Wednesdays