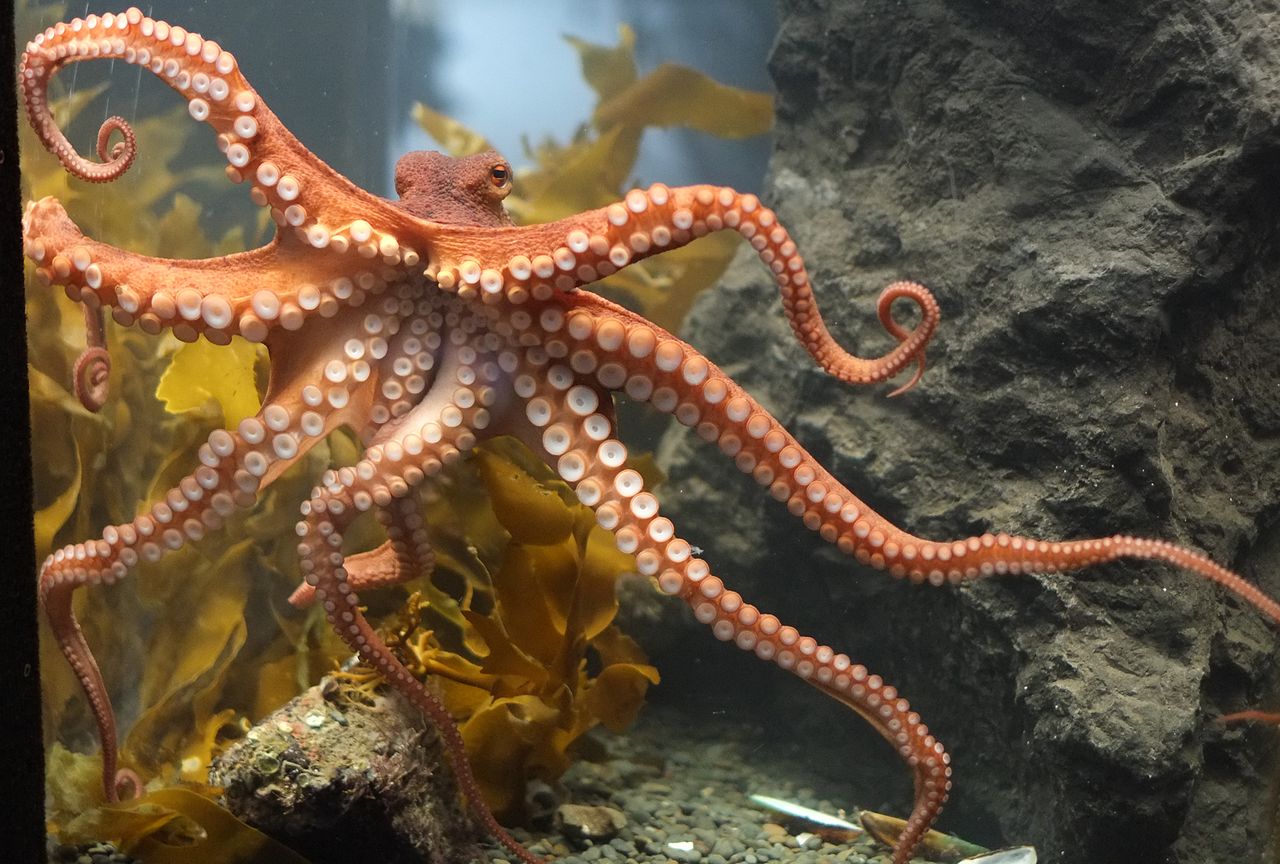 It sounds like a child’s question: How do octopuses keep their arms from getting tangled up? And sometimes the simplest questions lead to the most amazing discoveries…

Unlike our arms and legs, restricted to certain movements, the eight appendages on an octopus have a “virtually infinite number of degrees of freedom,” according to a study published last week in Current Biology. That could get tricky for any brain to control, so each octopus arm is controlled by a set of neurons at each base, not by the brain. In fact, the cephalopods don’t even know where their arms are or what they are doing at any given moment. Which led researchers to ask the simple question: How do octopuses avoid tying themselves up in knots?

To answer the question, the team set up experiments with amputated octopus arms. Octopus arms grow back and the severed ones remain very active for an hour or more after separation. They found that the lone arms never grabbed another limb. They also discovered that the separated limbs would grab a skinned octopus arm but would not grab a Petri dish sheathed in octopus skin extract.

“The results so far show, and for the first time, that the skin of the octopus prevents octopus arms from attaching to each other or to themselves in a reflexive manner,” the researchers write. “The drastic reduction in the response to the skin crude extract suggests that a specific chemical signal in the skin mediates the inhibition of sucker grabbing.”

NPR describes why that chemical signal may deter the sucker:

… the sucker has numerous embedded sensors, making it act like sort of like a tongue, letting the octopus not just touch things but also ‘taste’ them.

The scientists are now trying to determine how exactly that chemical signal works. They hope that this self-avoidance strategy might even find its way into bioinspired robot design.

“We were surprised that nobody before us had noticed this very robust and easy-to-detect phenomena,” says co-author Guy Levy, of the Hebrew University of Jerusalem. “We were entirely surprised by the brilliant and simple solution of the octopus to this potentially very complicated problem.”