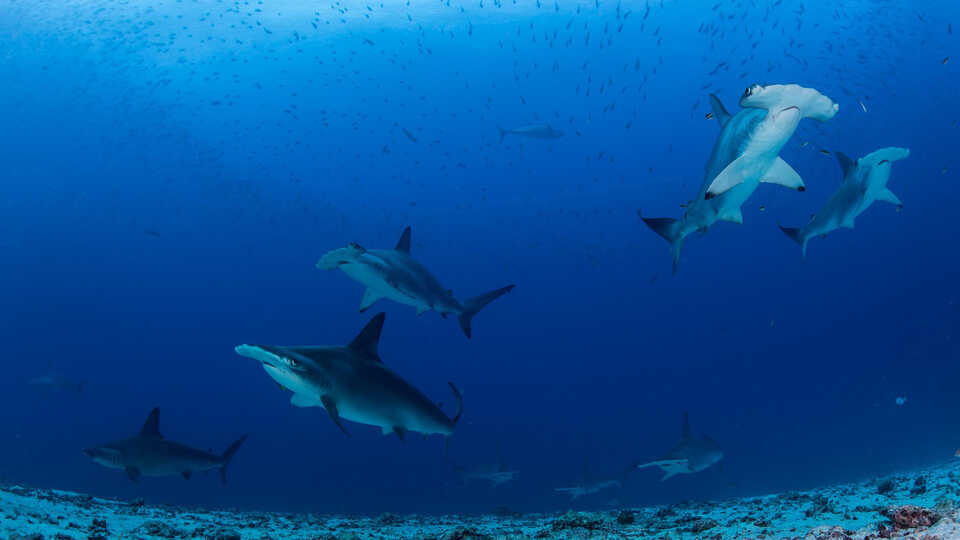 A report published last week in PeerJ reveals that the northern Galápagos islands of Darwin and Wolf are home to the world’s largest shark biomass reported to date. (Biomass equals the sheer number of fish in an area.) What makes this such sweet news is that in March of this year, the Ecuadorian government created a marine sanctuary around Darwin and Wolf, fully protecting the area from fishing. Because overfishing has reduced the biomass of most sharks by more than 90 percent worldwide—even in remote areas—this finding and new marine sanctuary provide a bit of hope for the large, iconic fish.

Frustration for All—or for Good!

“Our results demonstrate the universality of emotional responses across species. After all, what do you do when you put a dollar in a soda machine and don’t get your soda? Curse and try different tactics.” Mikel Delgado, of UC Berkeley, has found that frustration isn’t an emotion limited to humans. And while wild fox squirrels may not curse when things don’t go their way, they do express their irritation in other ways—such as flicking their bushy tails.

But maybe frustration is a good thing, Delgado says, necessary and beneficial to problem solving. “Animals in nature likely face situations that are frustrating in that they cannot always predict what will happen,” she explains. “Their persistence and aggression could lead them to try new behaviors while keeping competitors away.” Her results are published in the Journal of Comparative Psychology.

Red knot birds (Calidris canutus) are medium-sized shorebirds that perform quite a feat. Each spring, they fly thousands of kilometers (up to 5,000 kilometers or 3,100 miles) from their homes in the tropics up to the Arctic to breed. But warming temperatures in the region seem to be bad news for the birds. And the problems don’t hit hardest when they are in their northern nesting grounds, but rather when they return to their tropical shores.

Studying over 30 years of data on these migrating wonder-birds, scientists realized that with warmer Arctic springs, the birds’ timing is now off. Newborn red knots depend on a “bloom" of insects that appears after the Arctic tundra melts as their main supply of food, but climate change has pushed this bloom to two weeks earlier, making it out of sync with red knot hatching. As a result, the fledgling birds don’t grow to their full potential, specifically their beaks are shorter. Shorter beaks prevent the red knots from reaching quality mollusk meals deep in the tropical sand, forcing them to subsist instead on lower quality shellfish and seagrass. Sadly, survival rates are down among red knots born in warm Arctic years, the researchers report this week in Science. “It becomes clear,” the scientists say, “that all these parts are interconnected and a sharp change in any part leads to unexpected consequences.”