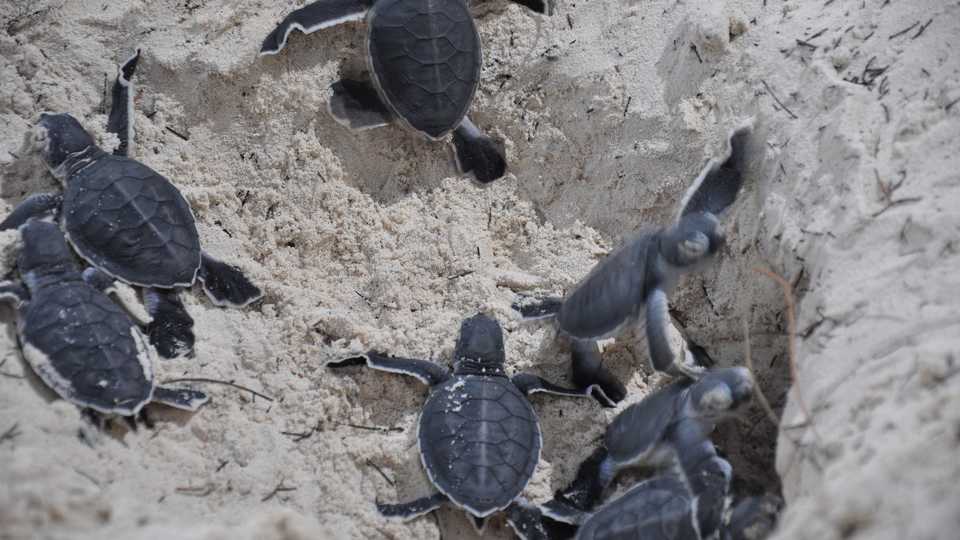 The more we learn about dinosaurs, the less frightening they become. (Sorry, Jurassic Park and sequels.) The latest lesson? New findings about the prehistoric creatures’ vocalization, published last week in Evolution. By studying modern-day birds, scientist Julia Clarke and her colleagues discovered that many larger dinosaurs likely made closed-mouth vocalizations—coos and mumbles instead of roars.

“To make any kind of sense of what nonavian dinosaurs sounded like, we need to understand how living birds vocalize,” says Clarke. “This makes for a very different Jurassic world. Not only were dinosaurs feathered, but they may have had bulging necks and made booming, closed-mouth sounds.”

Sea turtles hatch en masse with as many as 50 to 100 of the little reptiles emerging from their buried eggs on the beach and making the journey to sea. It’s a remarkable sight and now scientists believe they have discovered a reason for this group exodus. Studying green turtles (Chelonia mydas) on a pristine and remote island near Brazil where there are 3,600 green turtle nests per year and very little human disturbance, researchers found that baby sea turtles have a better chance of escaping predators when they all hatch together.

The mass departures of green turtle hatchlings upsets the foraging ability of its main island predator, the yellow crab (Johngarthia lagostoma), particularly as the small crab spends a long time handling each prey item. Scientists found that individuals emerging from their nests in bigger groups are significantly more likely to survive. The research team hopes to study the scenario under other predators in the near future to confirm this finding.

Coconuts often fall long distances to the ground from the tops of their palm trees—up to 30 meters (or almost 100 feet)—with little damage to their inner fruit. And while they’ve evolved their hard shells to protect their seeds, scientists and engineers wondered if we could learn something from these plants and apply it to more earthquake-safe buildings.

To protect the internal seed, the coconut has a complex structure of three layers: the outer brown, leathery exocarp, a fibrous mesocarp and a tough inner endocarp surrounding the pulp which contains the developing seedling. Using microscopy and CT scans, the team found that the endocarp layer is the key to coconut seedling survival. “The endocarp seems to dissipate energy via crack deflection,” says plant biomechanist Stefanie Schmier. “This means that any newly developed cracks created by the impact don't run directly through the hard shell.”

The team believes that the distinct angle of the vascular bundles within the cells of the endocarp could be applied to the arrangement of textile fibers within functionally graded concrete, to enable crack deflection. “This combination of lightweight structuring with high energy dissipation capacity is of increasing interest to protect buildings against earthquakes, rock fall and other natural or manmade hazards,” says Schmier. The findings were presented at the recent Society for Experimental Biology Annual Meeting. 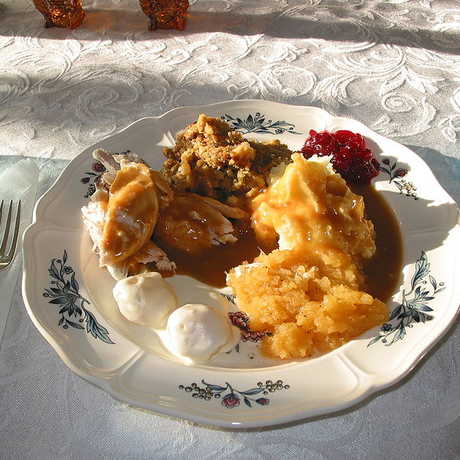 Turkey Tidbits and Leftovers
Here are a few headlines to nibble on this Thanksgiving holiday. 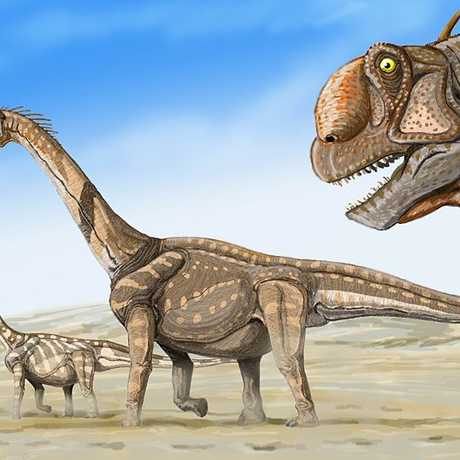 Where the Dinosaur Roam
Sauropod teeth may hold clues to dinosaur migration.
image-standard 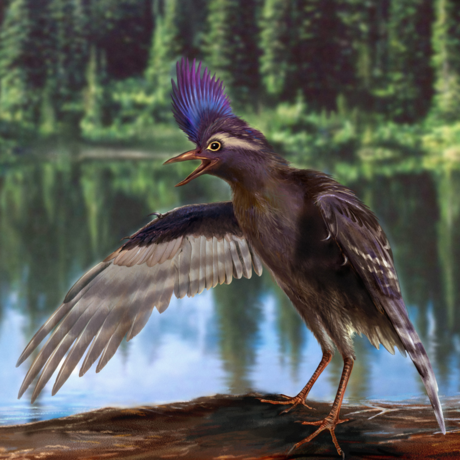