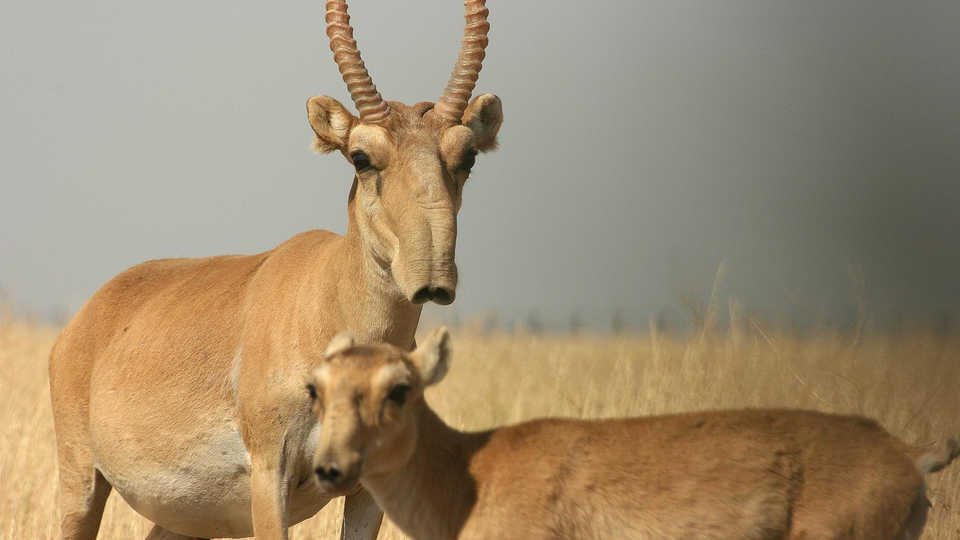 When you’re a parasitic brooder, how do you know where you belong? Cowbird females place their eggs in the nests of other birds, such as warblers, and let the other birds raise their young. (Pretty sneaky!) But researchers wondered how the cowbird doesn’t imprint on the warbler—how the cowbird knows it’s a cowbird so it can grow up to socialize, behave, and eat like a cowbird. Using an automated telemetry system, scientists from the University of Illinois tracked several cowbirds in warblers’ nests and found the young parasitic birds sneak out at night. The team tracked the birds from their forest nests to the prairie—cowbirds’ prefered habitat—spending the night out there alone, and returning just after dawn to their warbler nest. The researchers still have a lot to learn about these odd birds—including how and when the cowbirds find their way into a cowbird flock—but this is a start, says Jeff Hoover, co-author of a new study on these findings. “Clearly, there's a lot more to these birds than people would have thought. We still have more layers to peel away from this onion that is the cowbird.”

Why are female monarch butterflies better than their male counterparts at flying and migration? A team from the University of Georgia has discovered the surprising answer after measuring the wings and body parts of dozens of monarchs. “We expected we’d find that females have bigger flight muscles, but it was the opposite,” says Michael Holden. “Males had the largest muscles.” The females had smaller wings, but also smaller bodies. In fact, their bodies were lighter in relation to their wing size, meaning their wings have to carry less weight overall, making their flight more efficient. “The way I think about it is that per flap of their wings, females use less energy to move their bodies relative to males,” Holden says. In addition, the wings of females were significantly thicker than those of males, making them less likely to break or tear during migration. You go, girls!

When a mass die-off occurs in a critically endangered species, the outlook can be grim. Scientists are wondering if saiga antelopes can survive the die-off that occurred last spring in Kazakhstan, that killed an estimated half of their population, or more than 200,000 animals. These antelopes— characterized by their odd noses—live in the desert and steppe ecosystems of Russia, Kazakhstan, Mongolia, Turkmenistan, and Uzbekistan and were already under threat from hunting. Researchers discovered that a naturally occurring bacteria may have become toxic due to warming temperatures last April and May, causing the animals to die. More information is reported here and here.