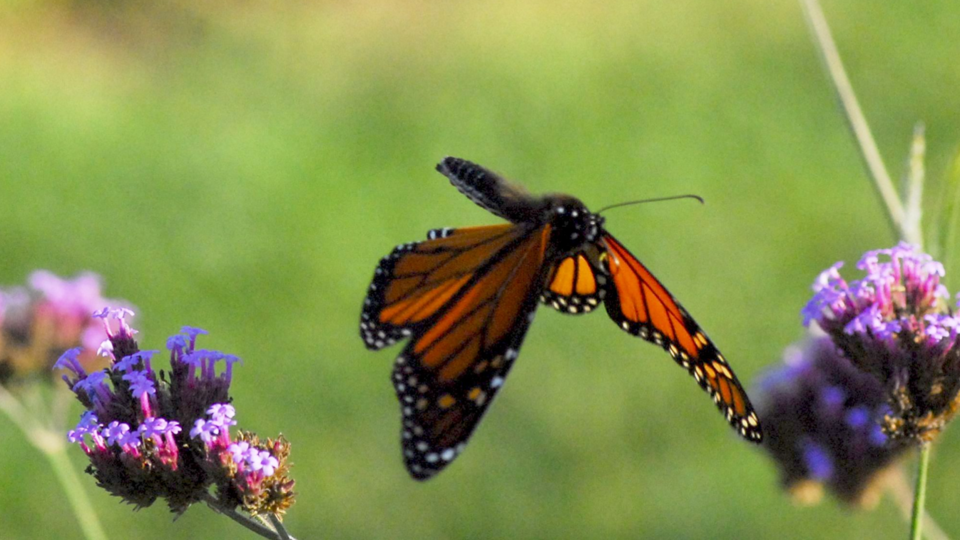 What’s orange and black and travels long distances in October? No, not the San Francisco Giants during the 2014 playoffs, but rather monarch butterflies! And a new genomic study, published this week in Nature, reveals the genes behind two well-known but entirely distinct monarch characteristics: their migration and their wing coloration.

The University of Chicago’s Marcus Kronforst and his colleagues sequenced the genomes of 101 monarch butterflies from all over the world. Only the monarchs from North America migrate; in the rest of the world they settle down in one area. And contrary to previous studies, it appears the migrators were the first on the scene.

The team traced the ancestral lineage of monarchs back about a million years, to a migratory population that likely originated in the southern U.S. or Mexico. The monarch’s current worldwide distribution appears to stem from three separate dispersal events—to Central and South America, across the Atlantic, and across the Pacific. In all three cases, the butterfly independently lost its migratory behavior.

In studying that migratory behavior, the scientists identified more than 500 genes—most of which are involved in muscle, developmental, and neural function—that differed to some degree. But a single gene disparity stood out—migratory butterflies expressed greatly reduced levels of a type of collagen that’s involved in flight muscle formation and function.

“Migration is regarded as a complex behavior, but every time that the butterflies have lost migration, they change in exactly the same way, in this one gene involved in flight muscle efficiency,” says Kronforst. The migratory populations also are more energy efficient, the team found. “In populations that have lost migration, efficiency goes down, suggesting there is a benefit to flying fast and hard when they don’t need to migrate,” he says, likening it to a marathoner (migratory) versus a sprinter (non-migratory).

The researchers also investigated the genetic basis for the monarch’s famous coloration. A small percentage of monarchs, mostly in Hawaii, possess white and black wings. Comparing the genomes of these butterflies against the more common black and orange populations, the team discovered that a single gene appears to function as a pigmentation switch.

This gene, which codes for a protein called myosin, has never before been implicated in insect coloration. Its mutation likely disrupts the pigment transport to the wings, making the monarchs white. A related gene in mice has been shown to affect coat color in a similar way. The gene represents a new genetic pathway to explore insect coloration, according to Kronforst.

With North American monarch migration currently under threat for a number of reasons, the authors say that this study emphasizes the need for conservation efforts to preserve the iconic migrators and extend the extraordinary evolutionary history of the monarch butterfly.