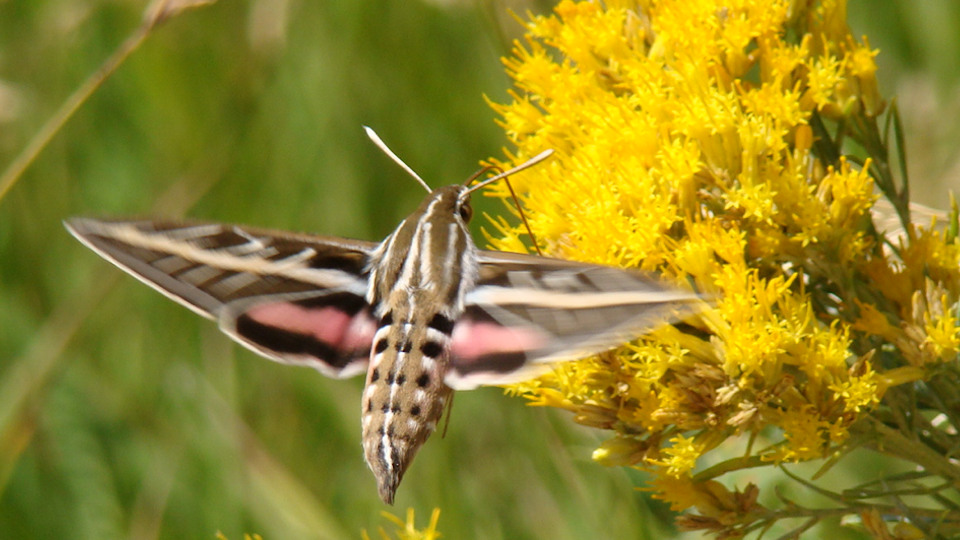 Like it or not, insects are here to stay. They live around us and with us, and they have no problem living without us. Next week, we’ll meet the insects that live intimately with us in a video called “Home Flies,” but today we want to talk about all of the insects on Earth.

Well, maybe not all of them. Not only do they represent more than half of all known organisms in the world, they are one of the most diverse groups of living things on the planet. But how did they become so common and so diverse? A paper published in Science last week attempts to answer those questions—to describe the evolution of insects.

The researchers sequenced the genes of 144 carefully chosen species, providing reliable estimates on the dates of origin and relationships of all major insect groups.

And they discovered that while insects may not need humans, plants are essential to the arthropods’ survival. The study shows that insects originated at the same time as the earliest terrestrial plants, about 480 million years ago. Analyses suggest that insects and plants shaped the earliest terrestrial ecosystems together, with insects developing wings to fly 400 million years ago, long before any other animal could do so—and at nearly the same time that land plants first grew substantially upwards to form forests.

“When you imagine a giant map of the evolution of life on Earth, insects are by far the largest part of the picture,” says Trautwein. “We have not had a very clear picture of how insects evolved—from the origins of metamorphosis to which insects were first to fly. New sequencing technology allowed us to compare huge amounts of genetic data, and for the first time ever, we can fill these knowledge gaps. Science is taking us closer to solving the mysteries of the evolution of life than ever before.”

“We wanted to promote research on the little-studied genetic diversity of insects,” says Xin Zhou, deputy director at the China National Genebank, who initiated the project. “For applied research, it will become possible to comparatively analyze metabolic pathways of different insects and use this information to more specifically target pest species or insects that affect our resources. The genomic data we studied (the transcriptome—all of the expressed genes) gives us a very detailed and precise view into the genetic constitution and evolution of the species studied.”

For more information on the results and study’s authors, see Gwen Pearson’s excellent post on Wired. (It includes a debunking of dinosaur lice, which we reported on here several years ago, so at least we don’t have to figure out how T. rex scratched its head with those puny arms now.)