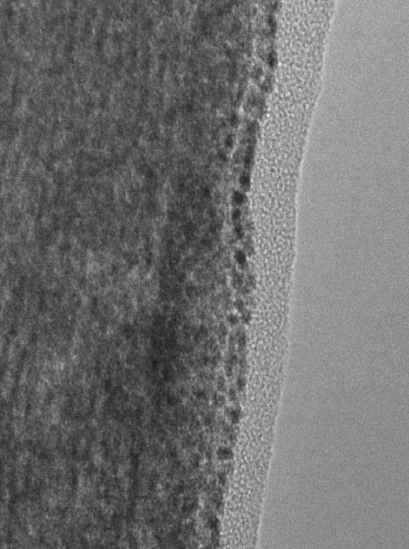 Remember those crazy-smart undergraduates we featured last year in our video about the international iGem competition? The competition challenges students to spend a summer coming up with synthetic biology solutions to problems and issues facing us in this 21st-century world.

In the video, we featured members of the Stanford-Brown team, led by astrobiologist (and Academy Fellow) Lynn Rothschild. The team works at NASA’s Ames Research Center each summer, and the projects they choose always have applications in space.

This summer saw a new team of undergrads, working on new projects. They head to regional competition this weekend, and found some time in August to stop by the Academy to let us know what they’ve been up to. Today, we’ll feature their projects; tomorrow, we’ll introduce the student scientists.

The team was selected in mid-March of this year (last year’s team is part of the interview process) and chatted remotely until mid-June, when they all found themselves at Ames. By this time, they had selected and planned their projects so that they could make the best use of the time they had together.

This year, they selected four projects, each more complicated than the next. Rothschild has them develop a 20-second elevator pitch to communicate the gist to us lay folk, and that’s really part of the iGem philosophy—reaching out to the broader public (and not just scientists) about the work these undergraduates are doing.

Communication, in fact, is the thread connecting the four projects, as you can tell from the following excerpts from the elevator pitches for each.

One. Biowires
If you look at the trend of technology in the past fifty years, you see everything getting smaller. As we move toward the nanoscale, society needs cheaper, more efficient manufacturing methods for these tiny components. This project aims to develop one of these new methods by getting straight down to the molecular level and building with one of the natural world’s most useful materials: DNA.

Two. CRISPR-CAS
This team engineered a programmable gene regulator that can be transferred between cells. The hope is that this regulator can act as a therapy in the treatment of disease by deactivating genes that cause toxicity or antibiotic resistance.

Three. De-extinction
The Rosetta Stone—a single object that linked a well-known language to ones long extinct—was the key to uncovering nearly everything we know about Egyptian hieroglyphs. The third iGem team is creating the equivalent for early life from billions of years ago. Through ancestral reconstruction, they are gathering knowledge on the evolution of amino acids, the basic building blocks of life.

Four. EuCROPIS
The team created a sucrose biosensor in the bacterium B. subtilis. A colony of these bacteria will be launched into low-Earth orbit in 2016 aboard the EuCROPIS satellite. Can the bacteria germinate in the harsh conditions of space? If so, these microorganisms might be a lightweight solution for terraforming Mars in the future—to provide a rich carbon source that could ideally be used to produce biomass such as food or drugs.

If you want to meet the team and ask them more about these projects and their involvement, they will be joining us for the Brilliant!Science festival the weekend of October 12 and 13.

Stay tuned. Tomorrow, learn more about the members of the 2013 Stanford-Brown iGem team.