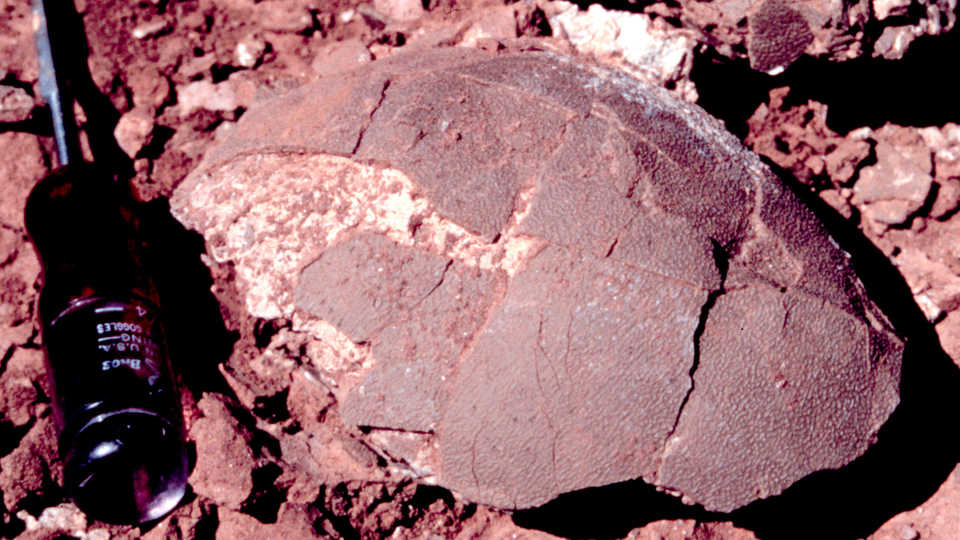 How do you measure a dinosaur’s body temperature? No, really, it’s not a joke, but a scientific question! One that researchers have been asking for more than a century. And the question is answered today in Nature Communications: fossilized eggshells.

Since the 19th Century, scientists have debated whether dinosaurs were endotherms or ectotherms. Endotherms, or warm-blooded animals such as mammals, produce heat internally and maintain their body temperature through metabolism, regardless of the temperature of their environment. Ectotherms, or cold-blooded animals, including alligators, crocodiles and lizards, rely on external environmental heat sources to regulate their body temperature.

The team analyzed the modern and fossilized shells’ chemistry and found that the isotopic composition in the carbonate within them can determine the temperature at which the eggshells formed. “This technique tells you about the internal body temperature of the female dinosaur when she was ovulating,” says Tripati. “This presents the first the direct measurements of theropod body temperatures.”

With this method, the scientists discovered that the larger sauropods had high body temperatures and the smaller oviraptors had low body temperatures. “The temperatures we measured suggest that at least some dinosaurs were not fully endotherms like modern birds,” Eagle says. “They may have been intermediate—somewhere between modern alligators and crocodiles and modern birds; certainly that’s the implication for the oviraptorid theropods… If dinosaurs were at least endothermic to a degree, they had more capacity to run around searching for food than an alligator would.”

Sow how do you measure a dinosaur’s body temperature? Take a look at its eggs!