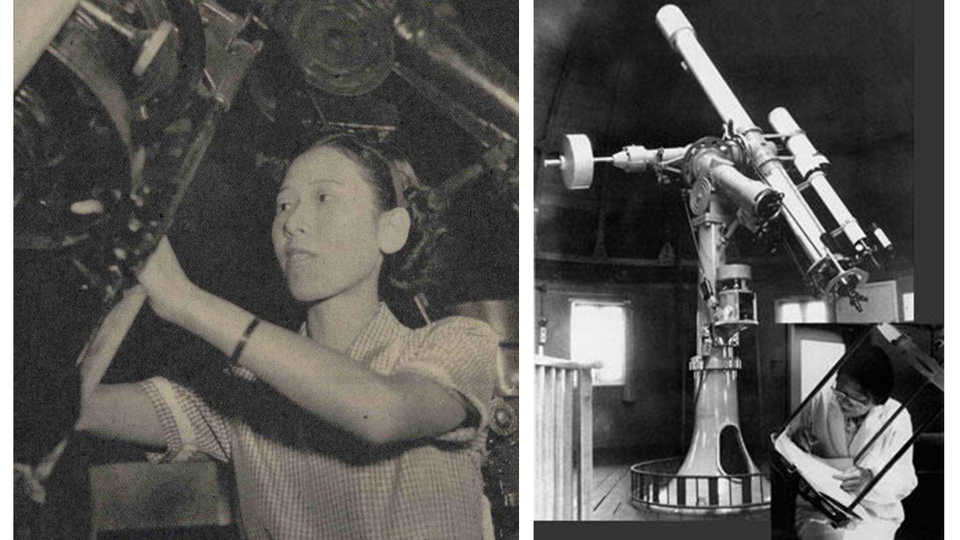 In today’s world, a view of the Sun’s surface is as close as your phone. Satellites such as the GOES constellation operated by NOAA capture and record images of the Sun for anyone to study. But before satellite imagery became available, looking for features on the Sun took patience and a large telescope. Last week, Space Weather published an article featuring one such observer, Hisako Koyama. Over her forty years of observation between 1944 and 1984, she produced over 10,000 sketches of the solar surface. Her work provided the world with records that remain valuable today.

Our first impression of the Sun is warm ball of shining golden light. But looking a bit closer, we can see that the Sun is a complex object that changes over time. (To look at the Sun safely, make sure you use an appropriate filter or projection device.) The earliest recorded observations of sunspots may have been in 800 BCE in the Chinese text I Ching (易经).

The invention of the telescope in 1608 made it easier for astronomers to observe the Sun in detail. This led to formal observation of sunspots by several Europeans, including Galileo. In the following 400 years, astronomers around the world have shared their observations. The collected data helps solar researchers investigate the Sun’s behavior.

Koyama began exploring the stars by assembling her own telescope at home in Tokyo. During city wide blackouts during World War II, she seized the opportunity to sneak outside and observe without city lights dulling the sky. She turned her attention to the Sun in 1944. She sent a sunspot sketch to the Oriental Astronomical Association (OAA), and began to volunteer with Professor Issei Yamamoto to develop her sketching skills further.

In 1946, she became a staff observer at the Tokyo Science Museum—now the National Museum of Nature and Science (NMNS). She used the same 20 centimeter refractor telescope until retiring in 1991. This made her one of the most consistent and prolific solar observers throughout history.

Through recent history, different people have used different methods of counting sunspots. Because of this, sunspot counts vary between across sites. To unify the records from observers at different periods of time, researchers seek out backbone observations. By discovering Koyama’s four decades of records, astronomers could compare the work of dozens of observers!

Beginning with a small telescope at home, Koyama’s contribution to solar observation resulted in recognition within the field. She received the OAA Prize of Encouragement of Academic Research in 1986. And in 2012, Asteroid Belt object 3383 Koyama was renamed to honor her 40 years of observations.

You can explore Koyama’s sunspot records on the NMMS website. To follow in her footsteps, find a local astronomy club!