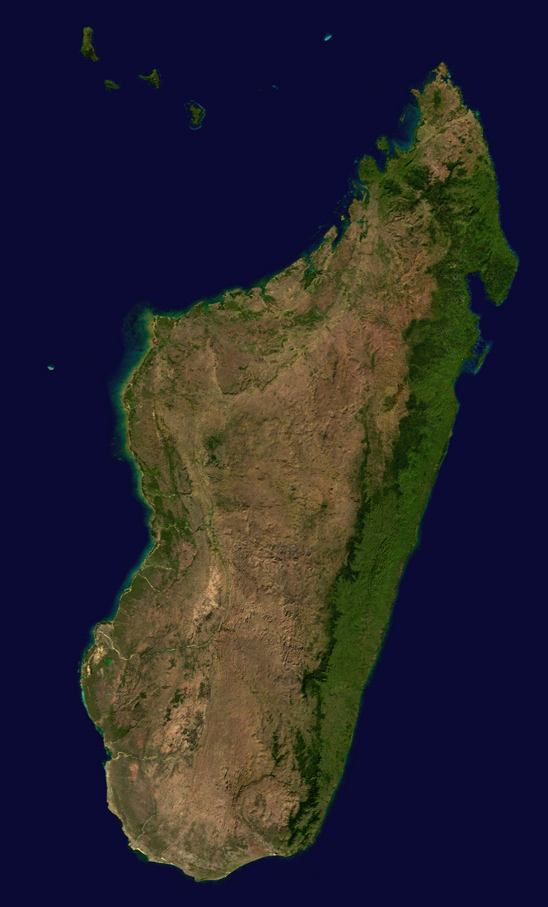 Two recent headlines about potential good news in Madagascar this week. The first about a new population of rare giant mouse lemurs found in the Ranobe forest, and the second, a cautious victory over the logging and exporting of endangered rosewood from the large, California-size island.

Madagascar is home to 5% of the world's plant and animal species, of which more than 80% are endemic to the island. But deforestation has threatened much of it. A coup last year made matters worse, especially for lemurs. Today, most species are listed as endangered or threatened.

That’s why the recent finding of  giant mouse lemurs is causing so much excitement. The species is listed as near threatened and had not before been seen in this area of Madagascar. The discovery was made last year by researchers on a mission for World Wildlife Fund.

"These findings not only highlight the biological importance of the area, but also emphasize how little we know about these rapidly disappearing forests. Without the creation of new protected areas, we would risk losing species to extinction before they have even been discovered or described," WWF said.

Our own researcher, Brian Fisher knows this only to be too true. The past several years, he’s been working in Madagascar trying to determine which species of ants live where. He’s also director of the Madagascar Biodiversity Center and author of Save an Ant, Save a Planet. Through research and education of the life that lives on Madagascar, he hopes to cease destruction of its vital habitat.

He’s quoted in an article today’s Science magazine titled, “Madagascar's Forests Get a Reprieve—But for How Long?” Madagascar’s military government announced the ban on logging and exporting rosewood on March 24th, but conservationists are concerned that the ban won’t be enforced. For such a poor country, the export of rosewood is an enormous financial lure and the current government has a terrible track record when it comes to the environment.

According to the article, “Madagascar has 43 species of rosewood trees—all but oneof which exist nowhere else—and thousands of endemic plantand animal species that depend on them. One such species isthe silky sifaka, a lemur. It is one of the rarest mammals onEarth, found only in Madagascar's northeastern rosewood forests,where loggers are encroaching. “

So good news, for now? Let’s continue to keep our fingers crossed for the trees, lemurs and life in Madagascar.