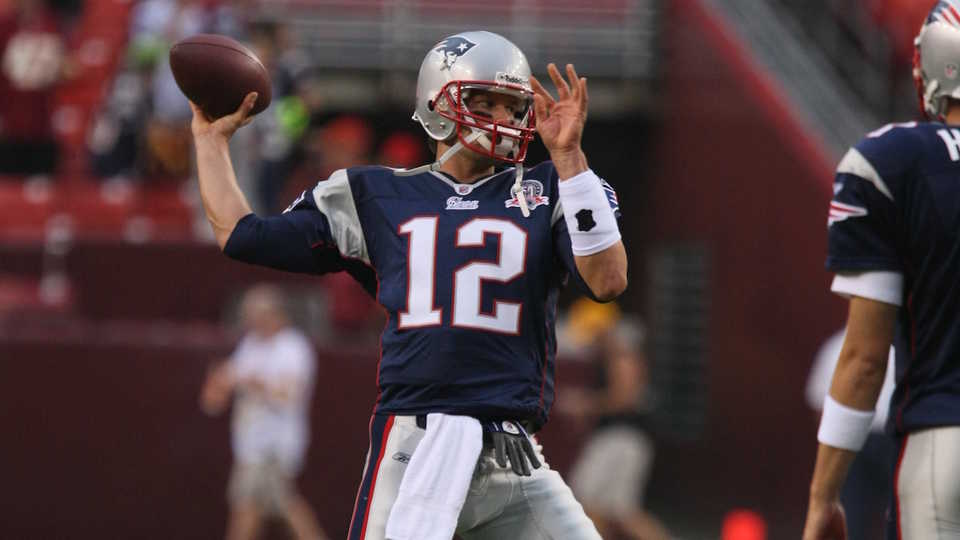 When Tom Brady throws a touchdown pass at tonight’s NFL opener against the Pittsburgh Steelers, several scientists across the country will be pondering the evolution of his shoulder blade, impressed by how humans have become so skilled at throwing objects. (They will not be pondering deflategate and the punishment Brady should or should not have received, contrary to media reports.)

“Our unique throwing ability likely helped our ancestors hunt and protect themselves, turning our species into the most dominant predators on Earth,” says one of those scientists, Neil Roach. Roach and Academy researcher Zeray Alemseged, in collaboration with Nathan Young from UC San Francisco and Terrence Capellini of Harvard University, published a paper this week in the Proceedings of the National Academy of Sciences examining the human shoulder blade (also known as the scapula) and those of our relatives—present and former—to determine where its morphology (structure) originated.

Humans split from chimpanzees six to seven million years ago, but certain human traits resemble the more distantly related orangutan—or even monkeys. These unlikely characteristics call into question whether the last common ancestor of modern humans and African apes looked more like modern day chimps and gorillas or an ancient ape unlike any living group.

“When attempting to predict the common ancestor between chimpanzees and humans, fossils tell the most complete stories,” says Alemseged. “When fossils are absent, however, we have to employ sophisticated techniques to compensate for blank spaces.

“There have been several hypotheses about the common ancestor’s identity, but most rely on shaky grounds or a single species,” he continues. “Our study is the first to take a holistic view of existing evolutionary evidence in all of its complexity. The strength of our approach lies in this big-picture view.”

Alemseged says the study sprang from monthly journal meetings at UC San Francisco and the Academy. “The idea of these sessions is to have a multi-disciplinary team look at complex questions.” The research team focused on the shoulder blade because of its critical importance to key behaviors in human evolution—including locomotion, tool use, and throwing. Evidence shows that as our ancestors became less adapted to living in trees and began throwing tools while hunting, the shape of their shoulder blade changed as well.

Alemseged contributed his knowledge of our ancestors’ anatomy (Australopithecus afarensis, A. sediba, as well as Homo ergaster and Neandertals) plus CT scans of fossil specimens. Young captured CT scans of humans and our living relatives (including orangutans, chimpanzees, and gorillas), while Capellini provided developmental anatomy—from the embryonic stage to adulthood—of these current species. Finally, Roach provided the functional anatomy expertise, to contribute how humans use our shoulder blades (and the attached bones and muscles) in the present day. A truly multidisciplinary research endeavor!

The results demonstrate that Australopiths were intermediate between African apes and humans: the A. afarensis shoulder was more like an African ape than a human, and A. sediba closer to human’s than to an ape’s. This positioning is consistent with evidence for rudimentary tool use in Australopithecus.

“The mix of ape and human features observed in A. afarensis’ shoulder support the notion that, while bipedal, the species engaged in tree climbing and wielded stone tools. This is a primate clearly on its way to becoming human,” Alemseged says.

It’s also a primate clearly on its way to becoming Tom Brady. “These changes in the shoulder, which were probably initially driven by the use of tools well back into human evolution, also made us great throwers,” Roach explains.