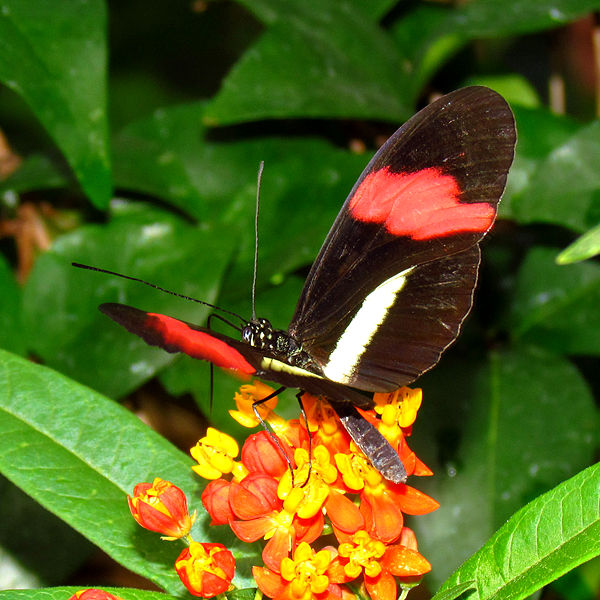 When we last caught up with Academy researcher Durrell Kapan, he was deep into studying the genome of Heliconius, a genus of gorgeous butterflies from Central and South America that use mimicry to tell birds and other predators they’re toxic.

It’s been over a year since we produced a video on his research, and since then, Kapan has been busy, but we still find him working on the same genome. “Heliconius carry their adaptations on the wing.” Kapan says, literally referring to their wing color-pattern variations. “They provide a great system to understand the origin of differences operating within and between species.”

His latest research demonstrates just how special these butterflies are by determining that the rate of evolution has changed over time. The study focuses on two Heliconius species found in Costa Rica: H. cydno and H. pachinus. These butterflies are very closely related and only diverged about 430,000 years ago.

Looking at the two species’ most distinct differences, Kapan and his colleagues discovered that they differed in only 12 small regions of their genomes, while remaining mostly identical throughout the rest. Eight of these regions coded for wing color patterning genes, while the other four were previously unknown but hint at interesting changes that may also accompany speciation.

It’s not surprising to see the differences in butterflies’ wing patterns, Kapan says, “The wing patterns have evolved by both natural and sexual selection—they allow the butterflies to survive and avoid predators and it’s how they attract mates.”

But when the team compared the genomes of the butterflies’ more distant relative, H. melpomene, with the other two, the number of differences were astounding! H. melpomene diverged more than one million years ago and the team discovered hundreds of genomic changes, indicating that the rate of genetic divergence accelerated rapidly after the initial changes took hold. “There are a lot more differences going back another million years,” says Kapan. “It does look like it’s speeding up.”

And this can apply not only to these butterflies, but other organisms as well. Heliconius vary so much within a species that they’re a great way to look at speciation, Kapan says, “much like the Galapagos finches and sticklebacks. Darwin speculated that variations within species would lead to variations between species. These butterflies are showing us that Darwin was right!”

And while Kapan is also busy studying Hawaiian flies and mosquito-borne viruses, he will never stop studying Heliconius. “Comparing these butterflies allows us to look at different points along the speciation continuum. That’s what’s so cool about this system and why I keep working on it!”

The research was published last week in Cell Reports.