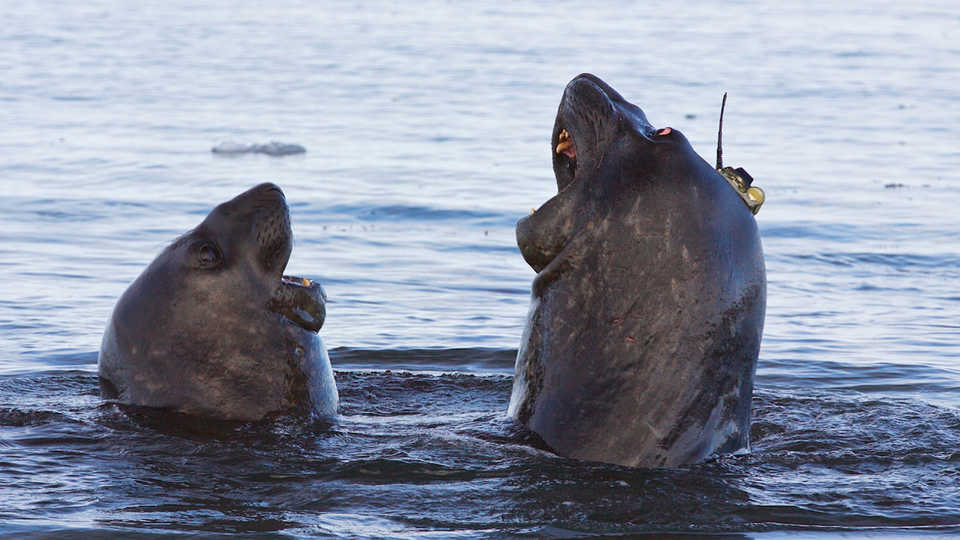 “Antarctica and the Southern Ocean are like a beating heart, producing deep and powerful currents of cold water that drive global ocean mixing and regulate atmospheric temperatures.” Guy Williams of the University of Tasmania studies the processes that start in Antarctica and drive heat around the globe. But Antarctic conditions aren’t always hospitable to humans—researchers and otherwise—so Williams has an unusual team of assistants. Not super-human grad students, but elephant seals.

Williams and his colleagues are concerned about global warming and the effects of the melting of Antarctic ice shelves on global ocean circulation. “These currents begin with intense sea ice formation around the Antarctic continent in winter, which creates cold, salty, and dense water that sinks and flows away from the continent in large volumes,” he explains. “If this production of Antarctic bottom water weakens, it leads to changes in global ocean circulation patterns that can, in turn, lead to changes in the global climate.”

The majority of these vital dense waters are produced in polynya systems—areas of particularly intense sea-ice formation—which exist in only a few key areas. Prydz Bay, East Antarctica, hosts three such polynya systems, yet available data suggest the area produces less-dense waters than expected, questioning its contribution to the globally important bottom waters. Unfortunately, data for the Prydz Bay region are limited, particularly during the winter months when human access to the region is impossible.

To tackle this problem of inaccessibility, Williams and team enlisted the help of local elephant seals. Using small instruments attached to the seals, the scientists were able to collect vital temperature and salinity data throughout the year, and also across the entire Prydz Bay region.

When the seals surface, their sensors relay information back to land via satellite for scientists to use immediately. In addition, the oceanographic data collected by the seals is used for ecological research into their behavior and aids in conservation efforts.

Publishing last month in Nature Communications, the researchers and seals demonstrate that although the Prydz Bay polynyas do indeed produce dense surface waters, the density is significantly reduced through the input of fresh water sourced from the melting of local ice shelves.

“We can easily imagine that the production of these global ocean currents will slow as the rate of ice shelf melting all around Antarctica continues to increase,” Williams says, suggesting that enhanced melting under climate warming could potentially put an end to bottom water formation.

The elephant seals were unavailable for comment on this research… 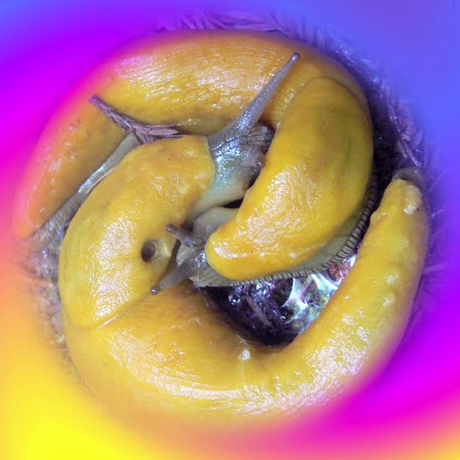 Mating Stories
From Elephant Seals to Banana Slugs, our neighborhood is teeming with action! 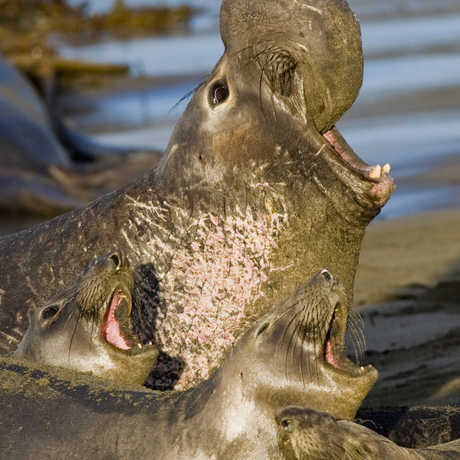 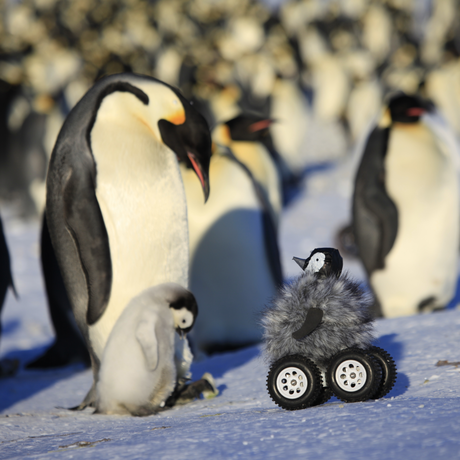 Scientists Use Rovers to Get a Little Closer

Scientists use rovers to get close to, and minimize stress in, wild animals.