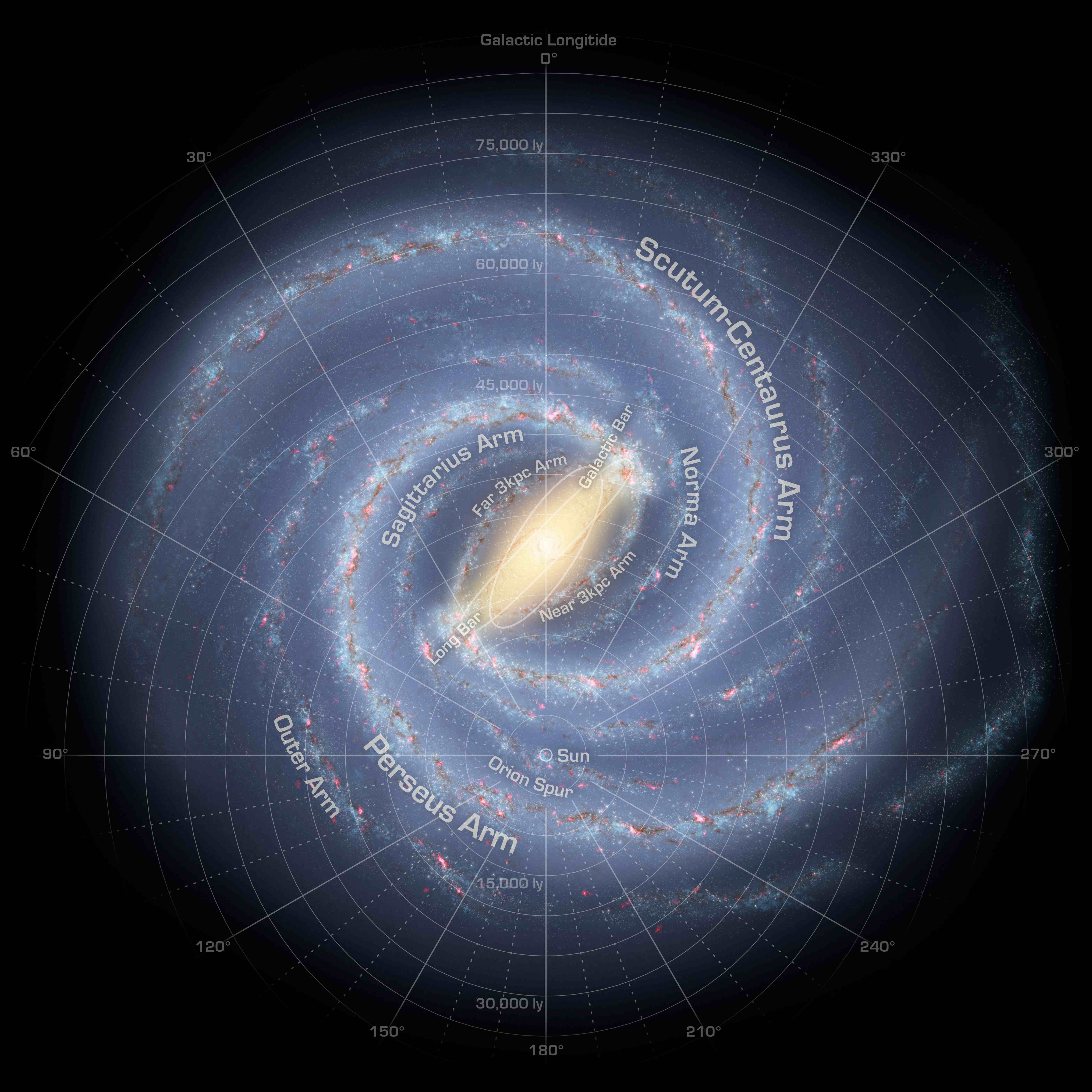 Astronomers thought that Earth was located on a spur of an arm of the Milky Way… until data from the Very Long Baseline Array telescopes suggested that we could be located closer to the center.

While it’s simple to observe a bird’s-eye view of other galaxies, models of the Milky Way are inaccurate due to Earth’s limited vantage point. We are attempting to measure an entire galaxy using only Earth’s narrow perspective, and at the center of our galaxy is a large bulge, blocking about half of the Milky Way from view.

To make the best model possible, astronomers use a technique called parallax. Measurements are taken from locations on either side of the sun to give multiple perspectives of our location in the sky. Then, astronomers use trigonometry to calculate where we might reside in comparison to distant objects.

At the center of the Milky Way is a supermassive black hole, whose gravitational pull is capable of keeping 200–400 billion stars in orbit around the galaxy. Measurements from NASA’s Spitzer Space Telescope revealed that these stars are oriented in two arms that spiral around the black hole.

"Based on both the distances and the space motions we measured, our Local Arm is not a spur,” said Alberto Sanna, a postdoctoral fellow with the Max-Planck Institute for Radio Astronomy (MPIFR). “It is a major structure, maybe a branch of the Perseus Arm, or possibly an independent arm segment."

Sanna and his colleagues presented their research this week at the American Astronomical Society meeting, held in Indiana.

Astronomers are creating increasingly accurate models of the Milky Way and every new finding tells us more about the entire universe.