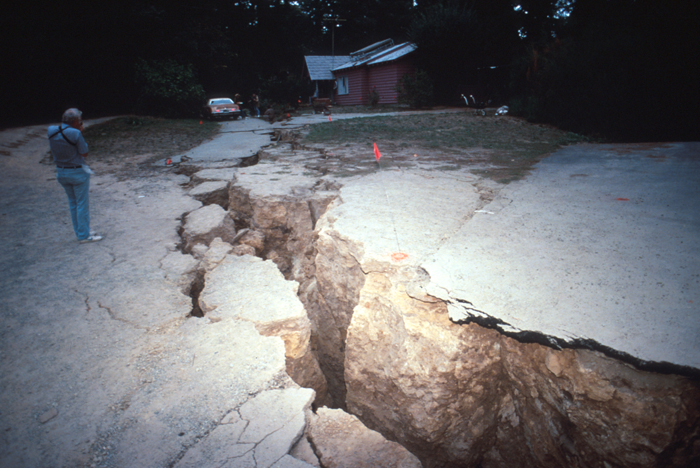 Mexico’s 7.2-magnitude earthquake last week scared locals, but it caused no major damage. No large buildings fell and no deaths were reported. One thing that may have helped: Mexico’s early warning system for earthquakes. The announcement that a quake was coming appears to have given Mexico City residents more than a minute’s notice, according to the Los Angeles Times. That’s an important minute: trains can slow down or stop, individuals can get to safer spots or exit elevators, emergency responders can prepare, police can clear bridge traffic. In a big quake, these small moments can save innumerable lives. You can see a video of a TV newscaster announcing the Mexico quake, and riding it out on-air, here.

Mexico, which implemented its early warning for earthquakes in 1991, is not the only country with this life-saving system. Japan has had an earthquake warning system available to the public since 2007, according to the U.S. Geological Survey (USGS). Japan established its system partially in response to the devastating 1995 Kobe quake, in which more than 6,000 people were killed. Taiwan, Romania, Turkey, Italy, and China have early warning systems, too.

Why don’t we have this in the United States? Certainly parts of the west coast, such as California and Washington, experience earthquakes with sufficient frequency that this technology and information would be extremely valuable. Geologists have been telling Californians for years that the Hayward fault, which runs along the eastern edge of the San Francisco Bay, is overdue for a big shake, with damage estimates in the hundreds of billions of dollars if a large earthquake were to hit. The Bay Area houses seven million people who would be grateful for an earthquake heads-up.

The USGS, the University of California Berkeley, and other institutions have been working on an early warning system for California, but lack of funding is slowing the process. In September, a bill was passed in the California legislature requiring that the state Office of Emergency Services develop an earthquake warning system, but funding for the project was not provided. Officials have said initial costs for a statewide system would be approximately $80 million, with about $12 million needed annually to maintain it.

Doug Given, geophysicist and USGS Earthquake Early Warning Coordinator, says they’ve been working on an earthquake warning system and an accompanying notification system. “The ShakeAlert demonstration system has been working in California since January 2012,” he said by email. “It sends live alerts to about two dozen organizations that are evaluating the system. We are now making progress on a ‘production prototype’ that is the next step toward public warnings. The demonstration system has performed well and has detected virtually all significant events since it went online.”

But for the system to work well statewide, it needs more sensors. And the sensors it has need to be maintained.  Given says, “Currently there are not enough sensors in the monitoring network to provide fast and reliable alerts uniformly across the West Coast. The Los Angeles and San Francisco Bay areas have better sensor coverage than most areas. It is estimated that 400 additional stations are needed to cover all of the earthquake source regions along the West Coast.”

The primary hurdle seems to be lack of money. Officials have been struggling to find federal and state funds for the system. Earlier this month a group of West Coast legislators appealed to the federal government for funding.

“The timeline for public release of the system is dependent on funding,” Given says. He told the San Francisco Chronicle last month that he’s sure the money will come, but no one knows when:

“We know that if a large quake shows up, the money will, too,” he said. “We just hope it gets here before then.”

“You only need one really bad earthquake to have the system pay for itself. It’s surprising that we haven’t moved more swiftly. If we wait too long, we’ll certainly be kicking ourselves that we didn’t.”

For more on earthquake science and preparedness, come visit the Academy’s Earthquake exhibit, or check out our iTunes U course on Earthquakes! And start to think about how you would use an extra minute’s warning before a major quake…

How to Prepare for an Earthquake
Download the tip sheet
Bird